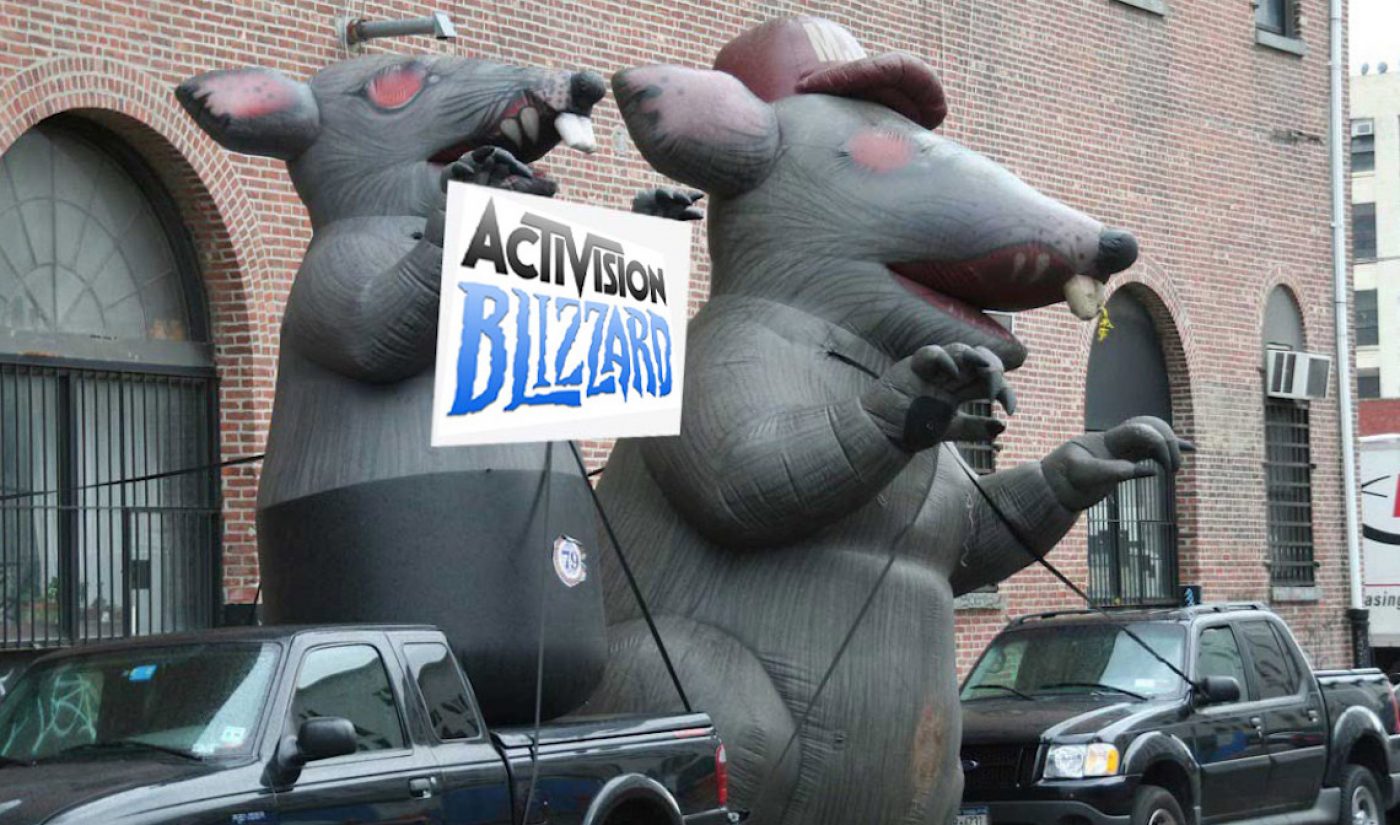 One of the great joys of this column is investigating what happens when tech creations and companies run smack dab into (and over) long-established Hollywood business models, mores, and culture.

So, for me, this is a great time, because we’re seeing a wad of these collisions, particularly around who gets to participate in the long-term success of projects from Hollywood veterans that may be funded and distributed by tech firms.

Nowhere is that more obvious right now than in the strike that started at 12:01 this morning by Hollywood actors union SAG-AFTRA against 11 video game publishers. One big issue is “secondary compensation,” basically some form of bonus pay for voice actors who help make hit games.

The game business has long tapped top Hollywood voice talent for high-end titles such as Destiny, one of my current gamer jams, which has features Nathan Fillion, Peter Dinklage, Bill Nighy, Gina Torres, and Lance Reddick in its cast. The game’s publisher is Activision-Blizzard, one of the companies being struck.

Among the SAG-AFTRA performers involved in the contract negotiations are nerd god Wil Wheaton (Star Trek: Next Generation) and Phil LaMarr, whose astonishing 362 actor credits include Pulp Fiction, King of the Hill, and Futurama, as well as game franchises Diablo, Mortal Kombat, and Mass Effect.

SAG-AFTRA members have long received “residuals,” additional payments for TV shows they once worked on that continue to have success long after their first run. Even film performers (at least the ones with leverage) increasingly cut deals where they take a “piece of the back end,” a share of a project’s ultimate success, rather than just a flat upfront fee.

That hasn’t been the case for voiceover workers in the game business. The union’s negotiators proposed a bonus structure when a game sells well (their last proposal would add up to four more payments to their day rate, totaling around $3,500 for a game that sold at least 8 million units). But the real issue, as LaMarr said Thursday in a radio interview, is a desire to “share in what we’re creating.”

I’m told the publishers’ real concern is less the modest additional costs of actor bonuses or their workplace issues than the potential for tougher controls on work conditions for all the rest of gaming industry’s employees. Those other workers toil insane hours for years, especially during “The Crunch,” the months just before a game is released. If coders and designers and QA workers and the rest had unionized limits and controls on their 15-hour Crunch workdays, it would dramatically shift the way games get made.

I don’t know if that’s true, but it certainly would explain the publishers’ pushback on the actors issues. That said, this isn’t the only fight between different tech and content-maker cultures.

At Snapchat, they just announced a new division of spoils for the publishers with a much-desired position in the app’s Discover section. Instead of a straight split of ad revenue, Snapchat will pay the publishers a flat fee upfront, and maybe do a smaller ad split.

Some publishers are all right with the shift, but others, ahem, are not, as they continue to look for ways to generate revenue in a harsh business climate.

In the past, production companies that sold a show to a network typically retained rights to sell the same show to international and syndication markets after an initial run on the network.

For a few such show producers, those retained rights were worth as much as billions of dollars. Think Carsey-Werner with The Cosby Show and Roseanne or Larry David and Jerry Seinfeld with Seinfeld. Tom Werner of Carsey-Werner, for instance, did so well that he’s part owner and chairman of both the Boston Red Sox baseball team and the Liverpool English Premier League soccer franchise.

But Netflix’s deal is different. It already reaches 192 countries, so it wants to keep a show’s international rights. And there’s no syndication payday either because shows typically don’t really have a first run on Netflix so much as remain available on demand there for months or years.

That leaves most show creators deciding whether to take a good but flat upfront payment from Netflix, with no long-term possibility of a big international or syndication payday. Or they can take their chances with network TV’s roulette wheel, if they can somehow take a spin there. The resulting choice is blowing up TV’s traditional business models, leaving producers I’ve talked with definitely ambivalent about their options, even amid the greatest time ever to be making quality shows.

All these are examples of a cultural shift from shared risk-reward to one with none, or relatively little.

For creators hunting in near desperation for new revenue opportunities, it’s another whack in the head about the perils and promise of partnering with tech companies.

Ultimately, it’s about culture and power. Tech doesn’t have to do things the same way that traditional media companies have done things for decades. In part, that’s because they’re a new money source. That gives them leverage, and they’re using it to do things a different way.

Beyond that, it may be a function of the kinds of people making decisions.

On Thursday, at the Digital Hollywood conference, I moderated a panel comprised of key people from Secret Location, the production company behind an interesting hybrid virtual-reality and linear TV project called Halcyon.

The two-headed project, now available in 80 foreign markets through Syfy Channel’s international unit, posed plenty of challenges to the producers, but one in particular caught my ear. The project’s team creating the linear TV shows operated in classic Hollywood fashion, in a “top down” way that concentrates power and decision-making with leadership. The team creating the VR episodes was, by contrast, “bottom up.”

This is much the way Org Dev types describe the operational difference between organizations led by Baby Boomers versus those led by Millennials. And of course, that’s also the difference, at least for now, between leadership of many Hollywood companies, and of many tech firms.

I’d like to think those differences will ease, or converge, as leadership matures at tech companies, and as a new generation takes over media and entertainment. In the meantime, how we value creative people and their contributions will continue to be a source of conflict and puzzlement between these two very different cultures. Lucky me. More to write about.