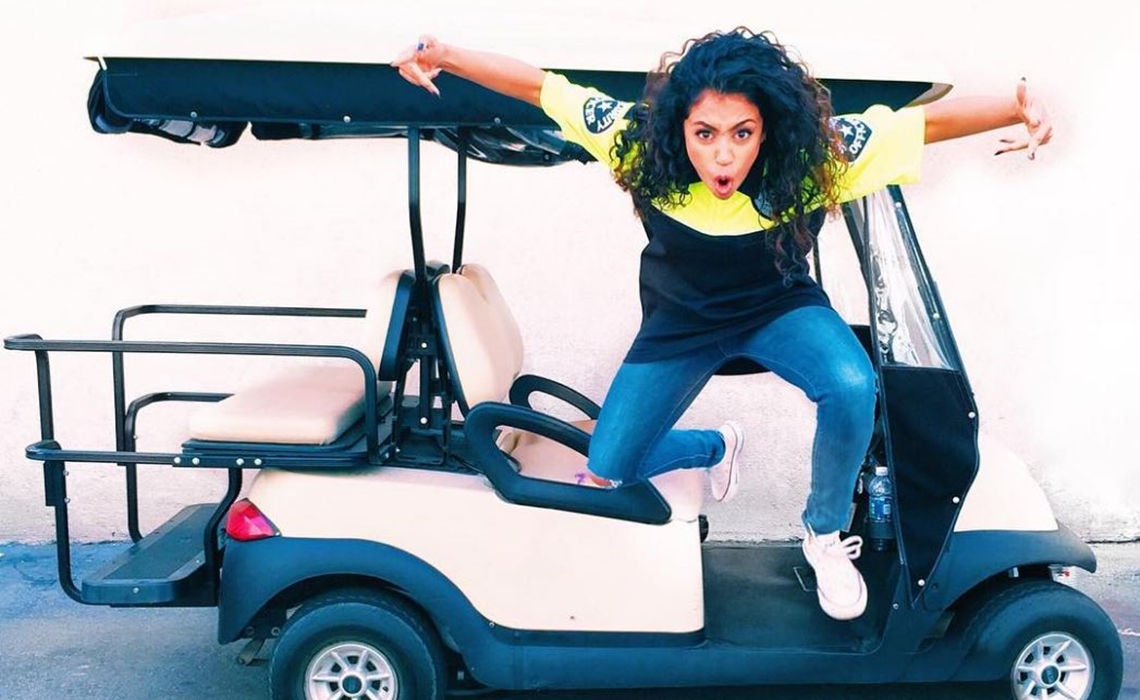 Liza Koshy, the 20-year-old digital creator who launched her career on Vine and has quickly become a YouTube phenomenon, has signed with the AwesomenessTV Network — the company’s talent division. Awesomeness will work with Koshy on content development, brand deals, and to help manage her roughly one-year-old YouTube channel, according to a release.

The signing announcement arrives at an auspicious moment for Koshy, fresh off her win at the 2016 Streamy Awards for Breakout Creator — where she was so excited that she spat out her gum onstage (below) — as well as the premiere of Freakish, an AwesomenessTV series co-starring Koshy that debuted exclusively on Hulu earlier this week. Today, Koshy counts 22 million followers across all of her social platforms including Instagram and Musical.ly. She has also worked with big-name brands like Coca-Cola and M&Ms.

Koshy will next be seen in the Tyler Perry feature film Boo! A Madea Halloween on Oct. 21.

“Liza’s a triple threat — comedian, dramatic actress, and digital influencer,” said AwesomenessTV’s head of talent and live events, Paula Kaplan, in a statement “She has a unique ability to connect with diverse audiences, making her a perfect addition to the ATV Network.” Adds Koshy: “I can’t wait to explore all the fun opportunities with [AwesomenessTV] and feel even more awesome.”

Last month, the ATV Network announced a slew of new signings, including Todrick Hall, Mikey Murphy, and Violet Benson — the brains behind the Daddy Issues Instagram account, which shares pithy memes and has racked up 3.4 million followers. Koshy is represented by CAA, as well as Hansen, Jacobson, Teller, Hoberman, Newman, Warren, Richman, Rush & Kaller, L.L.P. She is managed by Management 360.