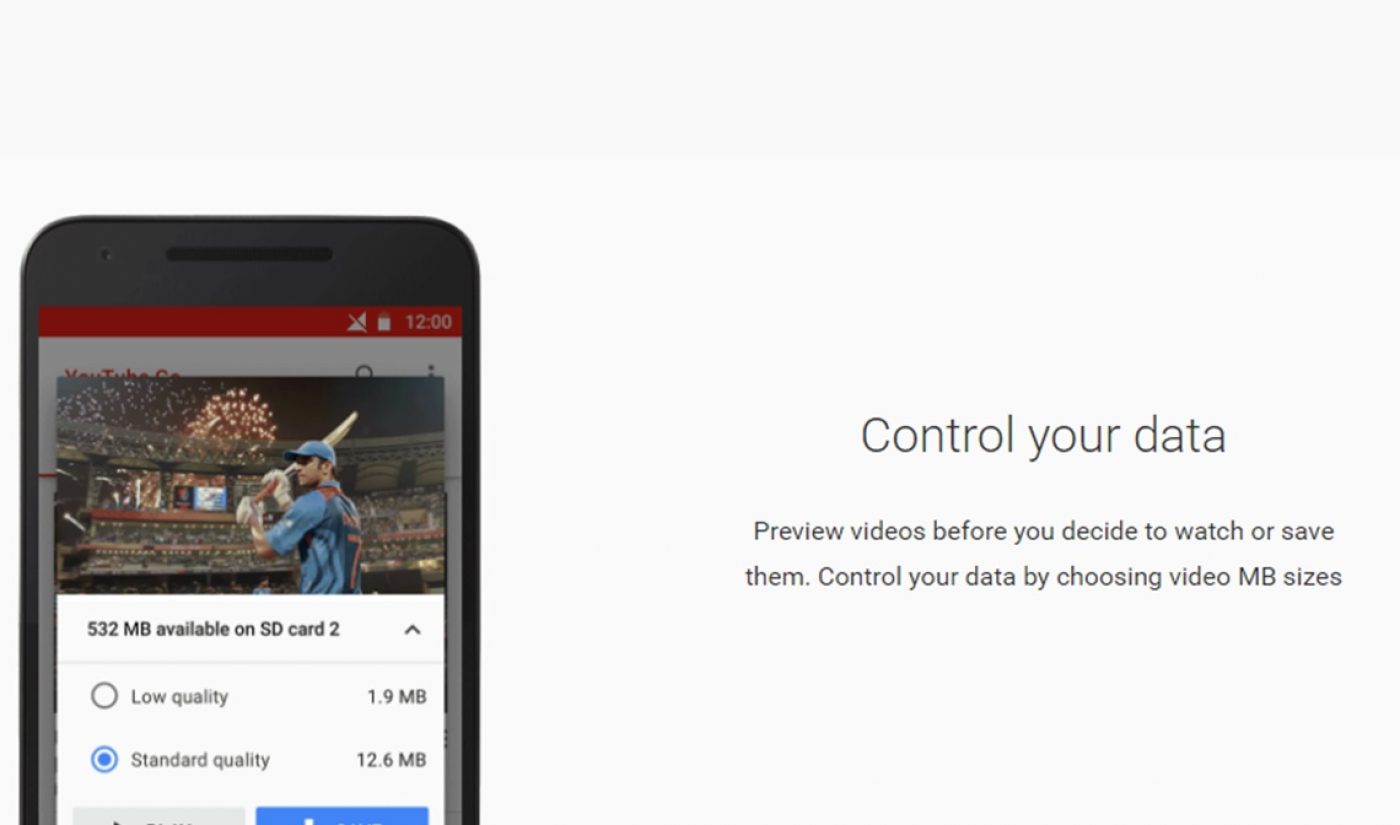 There’s a new app called YouTube Go about to hit the market, but despite the nominal similarities to another app released this year, this one won’t let you catch wild YouTubes in augmented reality. Instead, YouTube Go will help out viewers in India by helping them browse the world’s most popular video site without going over their data limits.

YouTube Go looks to solve the problems of low bandwidth and stingy data plans that often plague Indian YouTube viewers. The app is connected to the Smart Offline feature that launched in India earlier this year, and it will therefore be able to automatically download videos in the middle of the night, when cheaper data rates are available. Some of the app’s other key features include a preview feature that allow users to view a short snippet of a video before downloading it, an option to shrink the size of videos by downloading them in lower resolutions, and a social service that lets users share videos with their friends without using data.

As a YouTube blog post reveals, YouTube Go was specifically developed with the site’s Indian audience in mind. “They love YouTube and its amazing selection of Bollywood hits, comedy vlogs, cricket matches and—yes—even wrestling,” reads the post. “But even as they discover the joys of YouTube, their experience is not great on slower connections and less powerful mobile phones.”

YouTube Go doesn’t yet have a confirmed release date, but Indian users can “sign up and be among the first to find out when the app launches” by visiting the YouTube Go website. There’s also not yet any information about when the app will launch in other countries, though it would likely be a useful tool in the other countries where Smart Offline is already available. Beyond India, that feature can also be accessed in five Middle Eastern countries, including Egypt and Jordan.