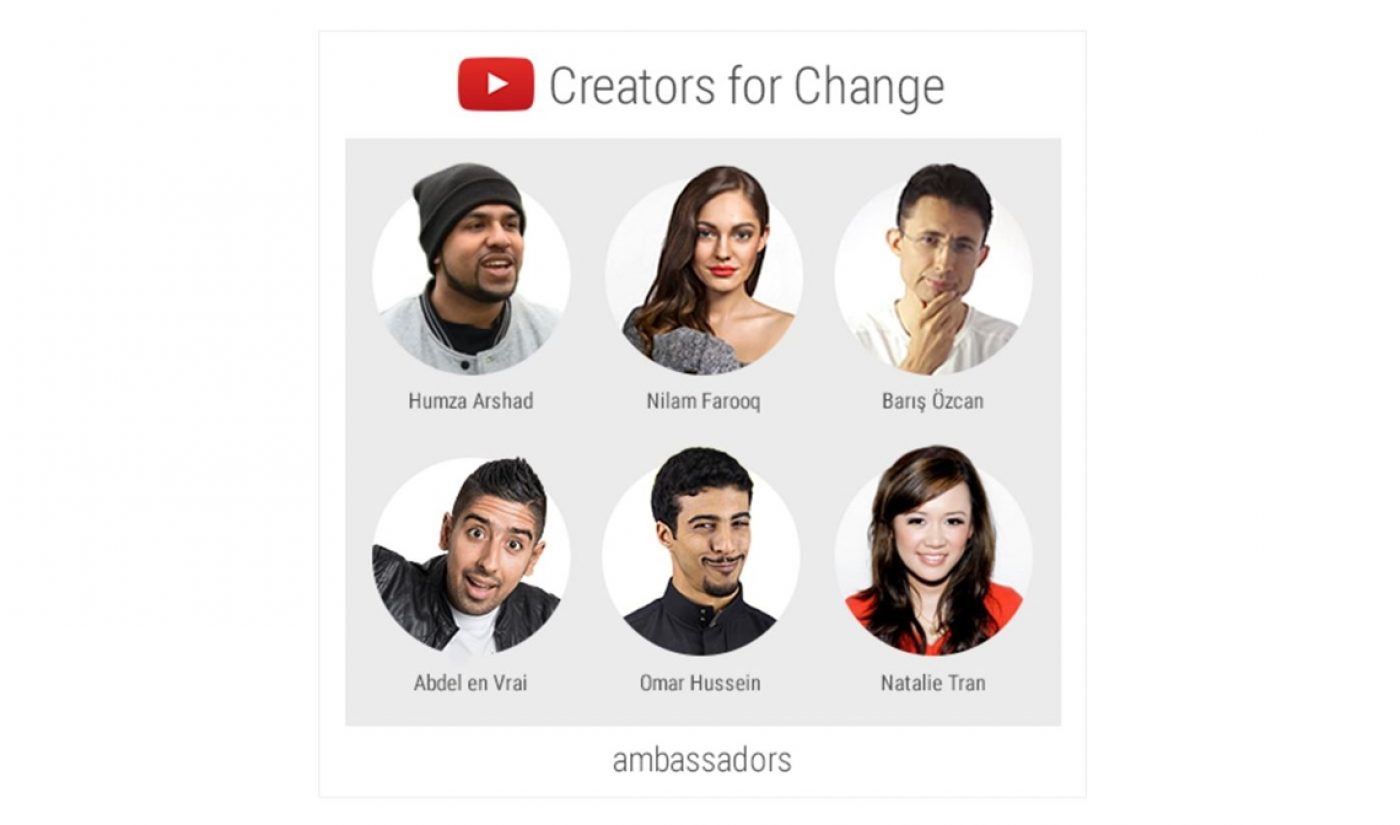 YouTube is hoping to further harness the immense reach of its creator community to foster social change. Today, the video giant unveiled an initiative entitled Creators For Change, in which YouTube will appoint ambassadors across the globe and help amplify their voices to push various causes through funding and other resources.

As part of the program, YouTube is allotting $1 million in equipment and production grants to fund videos that tackle key social issues. Ambassadors will also participate in to-be-determined programs at YouTube Spaces across the globe, and be tasked with identifying fellow emerging creators with similar social bents.

At the same time, YouTube said it would continue to work with local NGOs, schools, and media companies around the world as part of Creators For Change. In France, for instance, the company tasked 700 creators with producing videos about ‘fraternité’, or brotherhood, while in Germany, YouTube creators helped spearhead the #NichtEgal movement to counter online hate. And Google.org, YouTube parent company Google‘s philanthropic arm, has established a $2 million charity fund to support inclusion and cross-cultural understanding.

This isn’t the first time that YouTube has tapped ambassadors to spread social good. In March, in a first-of-its-kind partnership with the United Nations, seven female creators vowed to fight gender inequality across the globe. Additional Creators For Change ambassadors will be announced at a later date, YouTube said. Check out the first ambassador profile video for Arshad, who will helm a global campaign against Islamophobia, below: