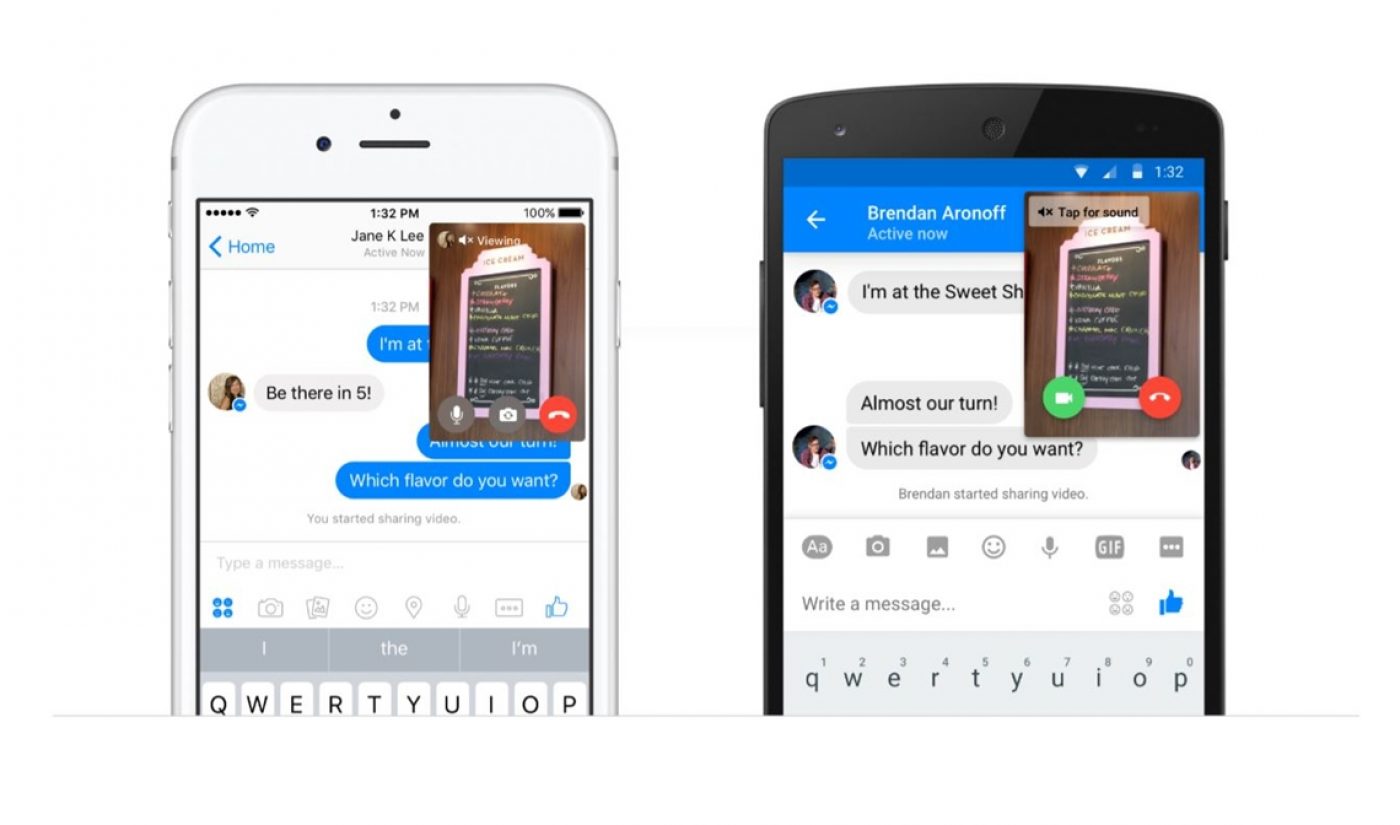 Facebook today announced a new — though likely familiar-sounding — feature within its Messenger app, which recently crossed the billion user threshold. Called Instant Video, Facebook says the new feature is aimed at “sharing quick moments with friends who aren’t right by your side.”

Instant Video is different from traditional video chatting, according to Facebook — which is a capability that Messenger already offers. Instead, with Instant Video, it’s less about hosting a full video call than sharing a fleeting moment on film. After tapping on the video icon mid-text stream, users can begin to share real-time video. Audio is turned off by default, but can easily be switched on with a simple tap if users so choose. Video recipients can either share video back or continue to text as the video floats above the conversation.

“Instant Video is a reflection of the ubiquity of video — we simply expect to have that ability in real-time, all the time,” Facebook described in a release. (It is also something of a ‘reflection’ upon key chatting features introduced by Snapchat back in 2014). “With Instant Video, you can bring your conversations to life in the most authentic way — seamlessly and instantly.”

Facebook has rolled out several video-related features of late, including a teen-leaning standalone app called Lifestage with a video-centric interface; additional metrics for creators of traditional, live, and 360-degree videos; and monetization opportunities in the form of commercial breaks placed in the middle of Live broadcasts.