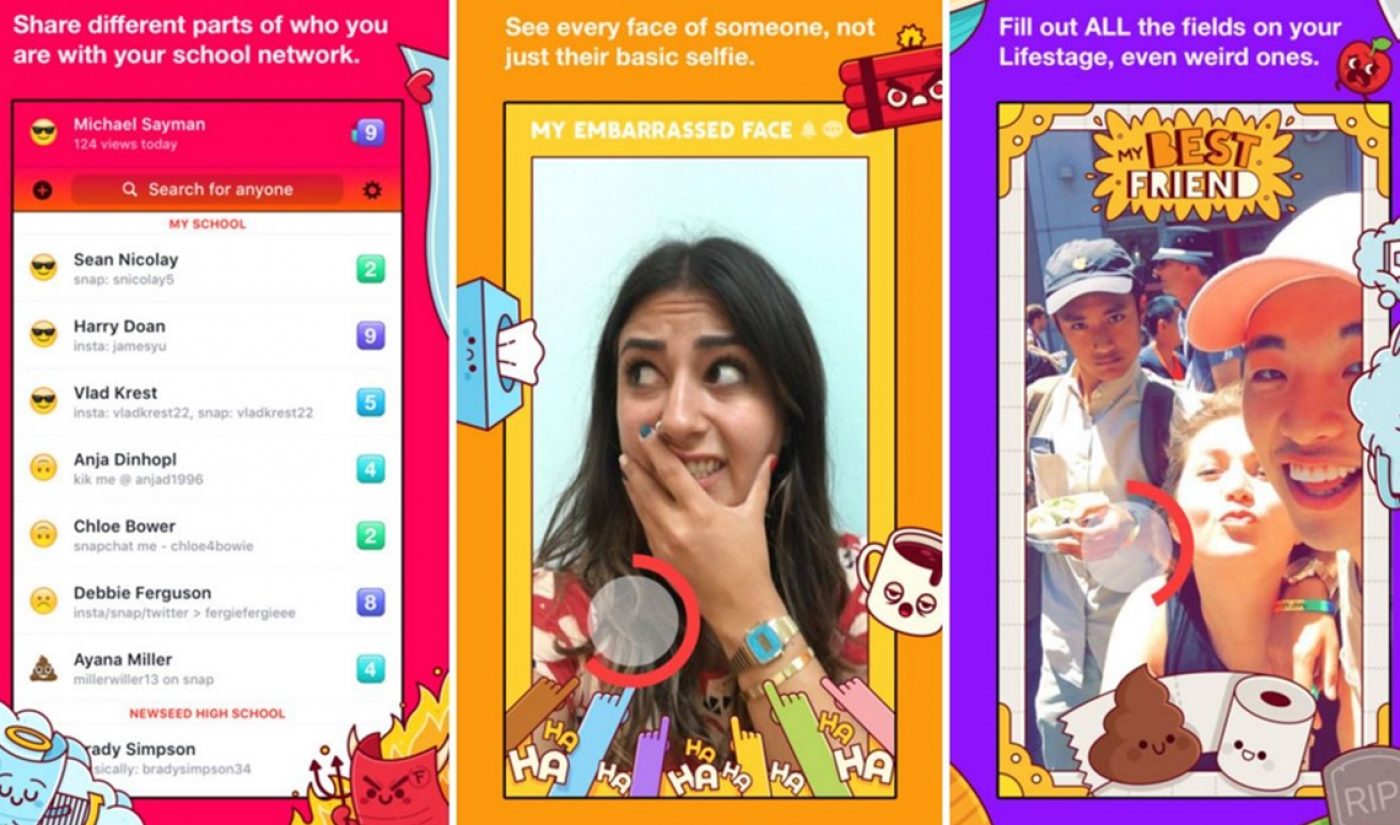 Facebook has launched a standalone social networking app for iOS called Lifestage — aimed squarely at the 21-and-under demographic. And its interface has a uniquely video-centric emphasis.

The app’s primary focus, according to Techcrunch, is to help high school students learn more about their classmates — and about students in other schools across the country. It is launching, like Facebook launched, school by school, and users must select their high school in order to join. Users aged 22 and over will be able to make and view their own profiles, but not anybody else’s.

The app is the creation of a 19-year-old Facebook software engineer named Michael Sayman, who taught himself to code at age 13 and asked himself, in creating Lifestage, “What if every field in your profile was a full video?” Techcrunch reports. Accordingly, upon creating their profiles, users are asked to shoot videos making happy and sad faces, showcasing their likes and dislikes, best friends, dancing styles, and more — which the app then compiles into a video profile. (Facebook, too, launched a vaguely similar ability to create video profile pictures at its F8 conference in April.)

While users’ Lifestage profiles and status updates are comprised entirely of videos, feeds showcase fellow classmates who have recently updated their profiles with new video responses. Those who have recently updated their profiles will earn a sunglasses emoji badge, while those who haven’t will receive a frown emoji or, at worst, the pile of poop. There’s no way to communicate with others on Lifestage, but users do have a ‘Reach Me’ section that appears beneath their names and lists their Snapchat or Instagram handles or other contact information.

“My friends and I have a bajillion messaging apps we already use and love, so what’s the point of having another messaging app? It just seems annoying to me,” Sayman told Techcrunch.

You can check out Lifestage for yourself right here.