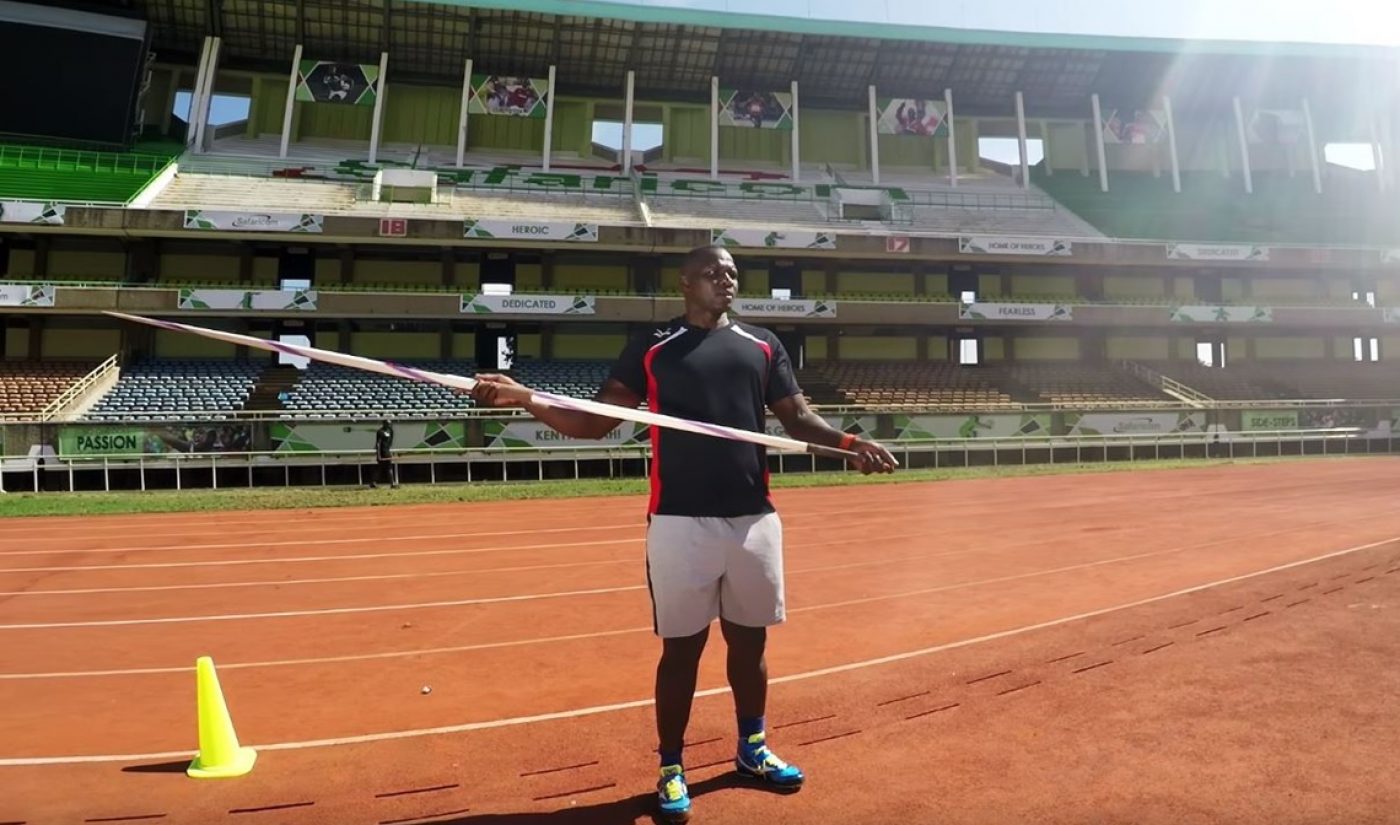 You can learn how to do almost anything on YouTube — including, it turns out, how to be an Olympian.

The javelin prodigy Julius Yego, who hails from Cheptonon village in Kenya, felt that the sport — in which a long spear is thrown for distance — was in his blood. Growing up in a village without cars, roads, or electricity — where he ran to school barefoot every day about 5 miles either way — Yego began competing in primary school using dried, sharpened sticks culled from nearby trees.

Although he showed enormous promise and wanted to continue training, there were no javelin facilities or coaches in Kenya at the time, Yego recounts in a video for GoPro, which chronicles his humble beginnings. “But I didn’t give up. Something came into my mind to watch YouTube videos,” he says. “I would go to the cyber [cafe], look at the great javelin throwers, see what they do in their normal training, and I would come and practice the following day.”

Guided by these videos, Yego says, his career started to take off. He won the All African Games in 2011, and, in 2012, he threw 81.81 meters and made the Olympic Finals, the first time that anyone from Kenya — let alone Africa — had ever done so in the event. At the world championships in 2015, Yego threw 92 meters and won gold. “The videos of these guys really helped me a lot,” he says. Today, across Kenya, he’s known as ‘The YouTube man.’

Next, Yego is set to compete in the Rio Olympics in the men’s javelin throw, taking place on Aug. 17. Check out his story in the GoPro video below: