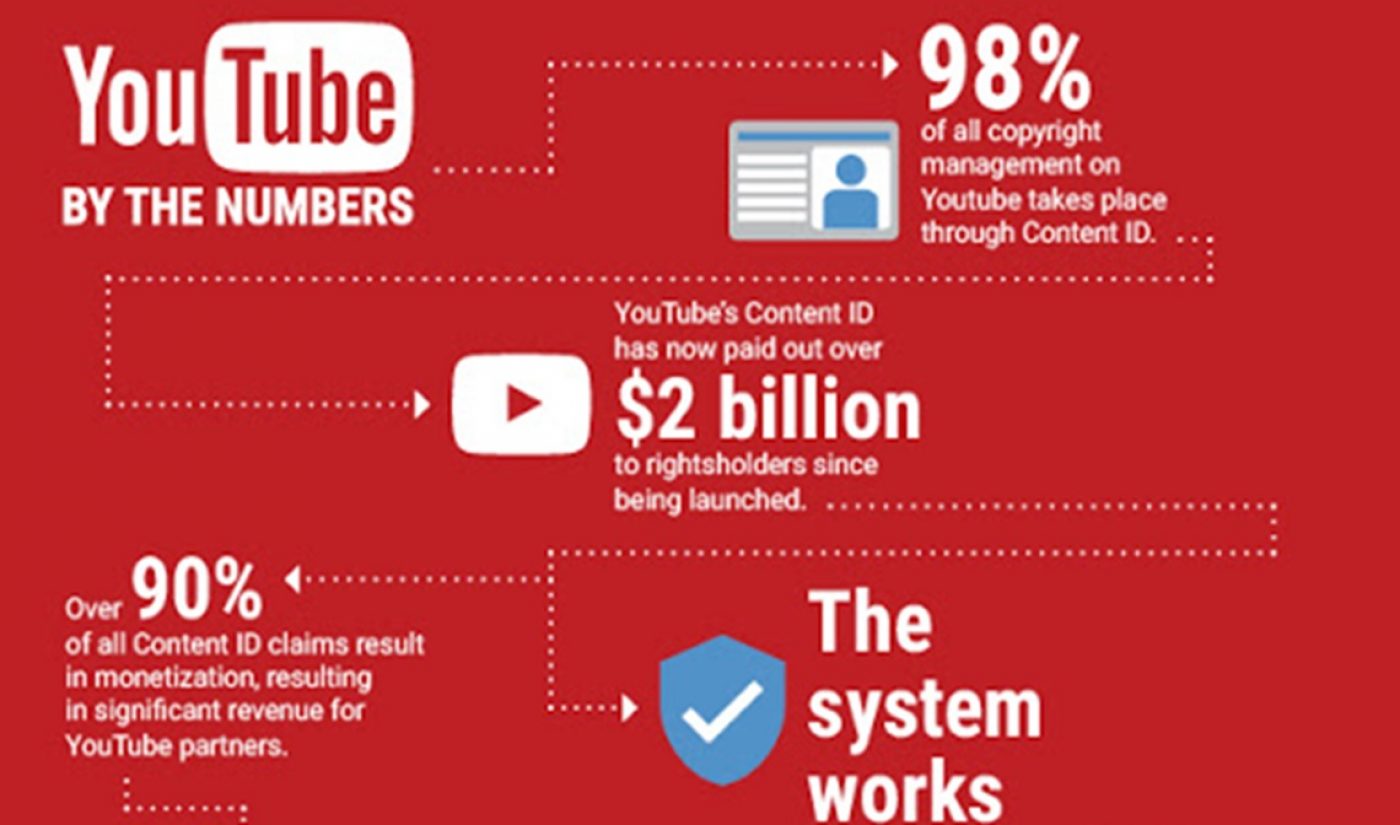 YouTube’s Content ID service has often been the target of criticism, but that hasn’t stopped it from generating a massive amount of revenue for its users. An update to a report called How Google Fights Piracy has revealed that YouTube’s rights management system has now paid out more than $2 billion since its launch.

Content ID combats piracy by flagging unauthorized uploads that match licensed material in its database. After matches are made, the relevant rights holders can choose to either monetize infringing content or request it be taken down; in either case, the accused party can choose to file a counter-claim if they believe the initial Content ID claim to be unfounded.

This process has come under fire from both rights holders and the creators whose content is often targeted by Content ID. On one side, members of the music industry have argued that YouTube does not do enough to protect artists from piracy. On the other, critical voices who rely on the doctrine of fair use to protect their work have taken issue with a claiming process that to them seems unfairly slanted in favor of the rights holder.

YouTube, despite getting squeezed by these opposing factions, finds itself on fairly safe ground. Thanks to the Digital Millennium Copyright Act’s safe harbor provision, which was reaffirmed in a recent court decision, digital video platforms are protected from many legal challenges related to copyright infringement. Meanwhile, on the creator-facing side of the issue, YouTube can still say that Content ID works better than, for example, the mess that is Facebook’s rights management system.

Despite its secure footing, YouTube is still trying to assure its critics that Content ID works. A recent infographic shared on Google’s public policy blog notes a few salient statistics: The $2 billion total represents a billion-dollar increase since 2014, thus evidencing that Content ID use is increasing at an accelerating rate. Despite that huge uptick in cases, only 1% of them result in counter-claims. In most instances, a match is made, monetization shifts to the rights holder, and the dispute is settled. It could be true, as music industry professionals have suggested, that the rise in payouts to rights holders has not kept up with YouTube’s massive growth in viewership. It should also be said that number of disputed claims seems a lot bigger when you realize that 1% of several million Content ID cases is still a very big number. Even so, Content ID remains as good as any other rights management system implemented by a major digital video platform. It’s not perfect, but for the many rights holders who employ it, it works.