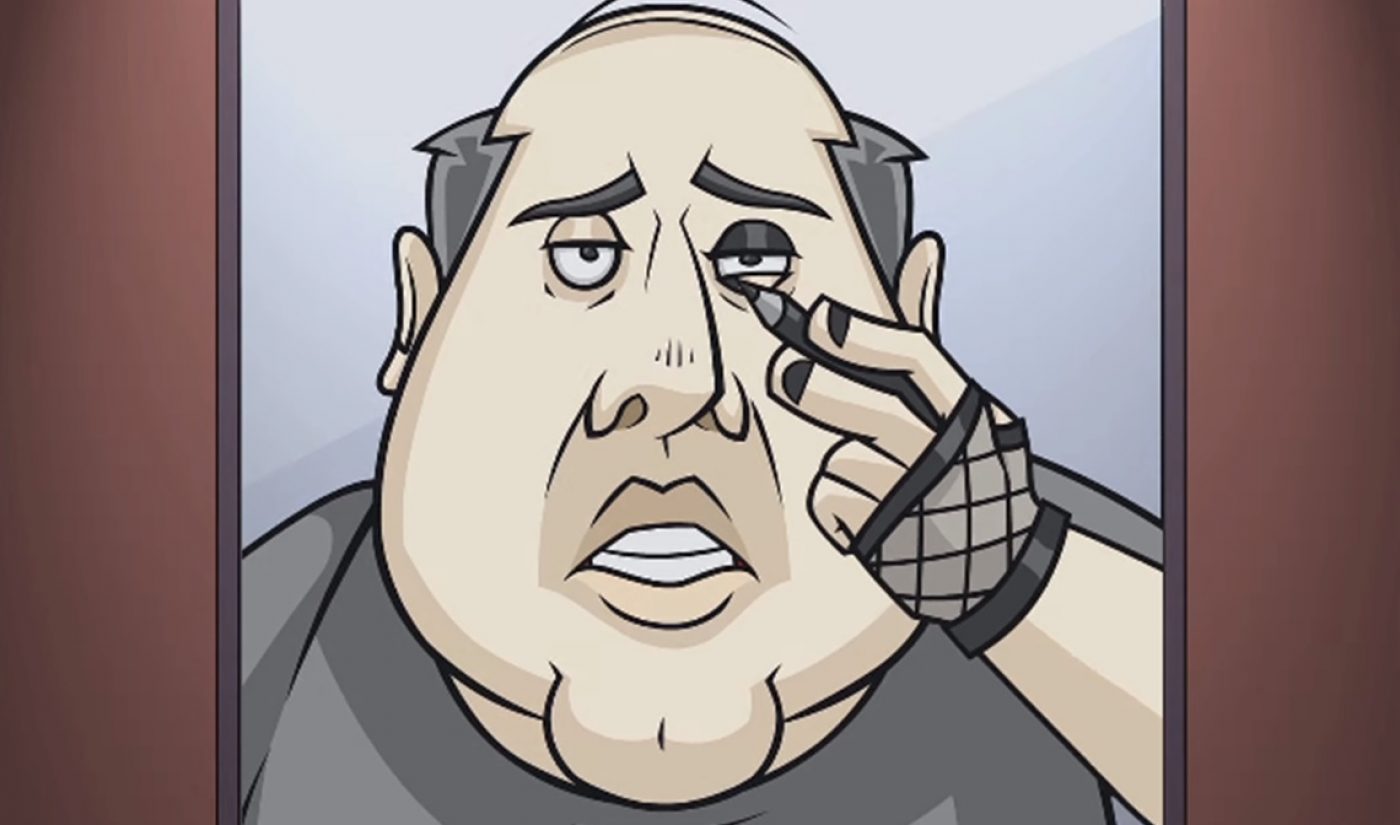 Fine Bros Entertainment recently wrapped up the first season of American Idol parody Sing It! on YouTube Red. Meanwhile, on the recently-launched streaming video on-demand platform fullscreen, the studio run by Benny and Rafi Fine has brought back another one of its musical parodies. The SVOD destination run by the digital network Fullscreen (with a capital F) is home to the second season of the animated web series Emo Dad.

Emo Dad first launched in 2013 on Fine Bros Entertainment’s ad-supported YouTube channel. As its title implies, it follows the life of a sad-sack patriarch with a passion for guyliner, studded bracelets, and whiny rock music. The second season, as previewed in its trailer, will show the titular dad’s struggle as he attempts to ward off the emo feelings within him.

One of Emo Dad’s strongest selling points is its talented voice cast. Scott Chernoff will return to voice the show’s protagonist, and he’ll be surrounded by TV notables like Jack McBreyer (30 Rock) and Karen Gillan (Doctor Who) as well as YouTube stars like Rosanna Pansino, Lisa Schwartz, and the Fine Bros themselves.

Viewers who wish to check out new Emo Dad episodes will need to subscribe to the fullscreen SVOD platform, which costs $4.99 per month. The service’s users will gain first-window access to a number of programs that, like Emo Dad, are led by creators who are partnered with the Fullscreen network. Other shows in the fullscreen library include Jack Howard and Dean Dobbs’ Jack & Dean of All Trades and Electra Woman and Dyna Girl, which stars Grace Helbig and Hannah Hart.