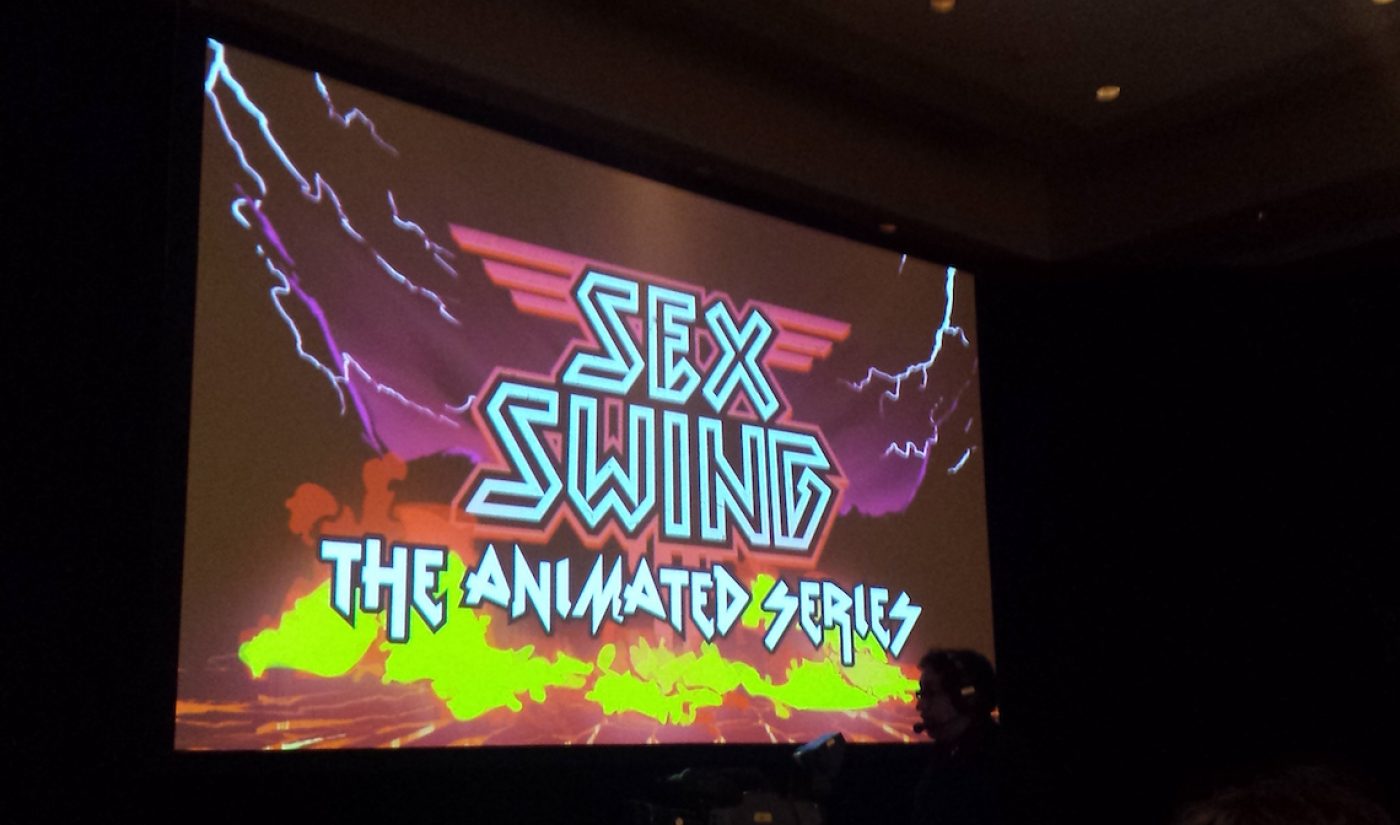 RTX 2016 is in full swing, and with it has come a deluge of announcements.

The sixth annual gaming and internet culture event conceived of and orchestrated by Austin-based digital entertainment company Rooster Teeth kicked off in the beloved internet entity’s hometown of Austin on July 1, 2016. And as is typically the case at RTX, several upcoming series and projects for the Fullscreen-owned brand were revealed.

At the Funhaus Live panel, the gaming group’s Bruce Greene, James Willems, Elyse Willems, Lawrence Sonntag, and Adam Kovic played several interactive games with audience members before closing out the session with the announcement of the upcoming series Sex Swing: The Animated Series. While no further information has been revealed as of yet, the animated show will likely be based on two popular Funhaus shorts where Greene, Willems, Sonntag, Kovic, and other Funhaus employees play returning members of the fictional rock band Sex Swing (who only play fake instruments through the video game Rock Band).

In addition to Sex Swing: The Animated Series, Rooster Teeth also announced an October 22, 2016 release date for the fourth volume of its hit anime series RWBY. The show, which was the first American anime exported to Japan and will soon be shown in theaters across America, follows the story of four young women Ruby, Weiss, Blake, and Yang who are destined to become monster slayers. For volume four, Rooster Teeth also announced Ruby will have an entirely new look and character design. You can learn more about RTX by visiting the event’s official website. And if you’re unable to attend the convention yourself, you can check out this official schedule of live streams that will run all weekend long and feature various panels, ballroom, and main stage events.