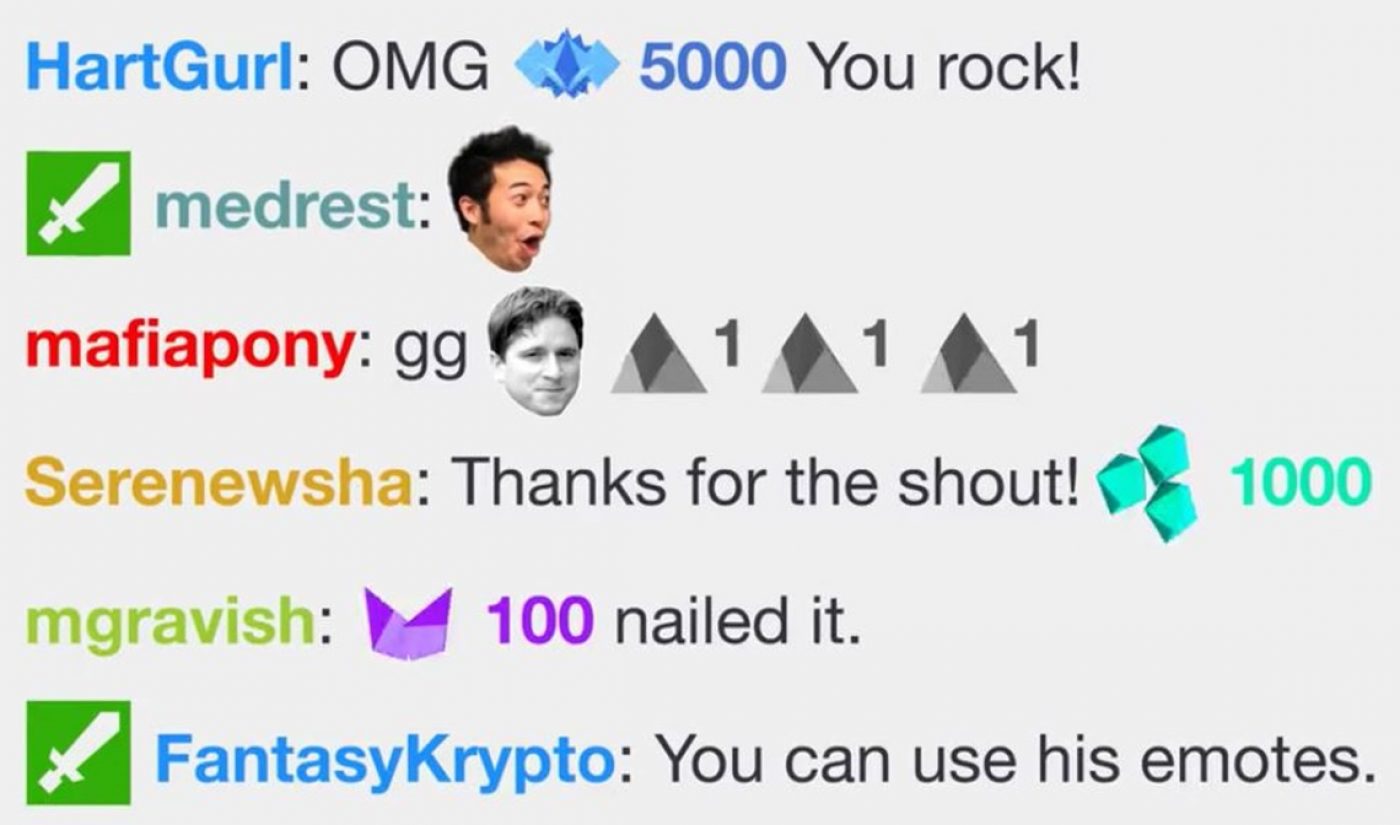 Twitch has introduced a new chat functionality called ‘Cheering‘, whereby viewers can tip streamers with animated, jewel-shaped Emotes — which is the gaming platform’s parlance for emojis — called ‘Bits‘. The new feature is designed to celebrate the fact that “the moments we share on Twitch, and the streamers who create them, are the glue that binds us together,” writes programming manager Robin Fontaine in a company blog post.

Bits can be purchased via Amazon Payments by clicking on a new ‘Bits’ button inside the chat window to the left of the Emotes button. In order to cheer, users simply type the word ‘cheer’ into the chat followed by the number of Bits that they wish to tip. Users can also amass Cheer Badges denoting the amounts that they’ve tipped

Cheering is currently available on about 70 top channels — including lirik, Summit1G, and DansGaming — but will ultimately roll out site-wide, Twitch says. While partners will receive revenue from the Bits that they receive, it is unclear what portion the company will be taking. With its $5.00 channel subscriptions, for instance — which is another way that streamers can make money on the platform — Twitch is reported to take home a 30% cut of earnings, and there are rumors that the revenue split is similar for Cheering.