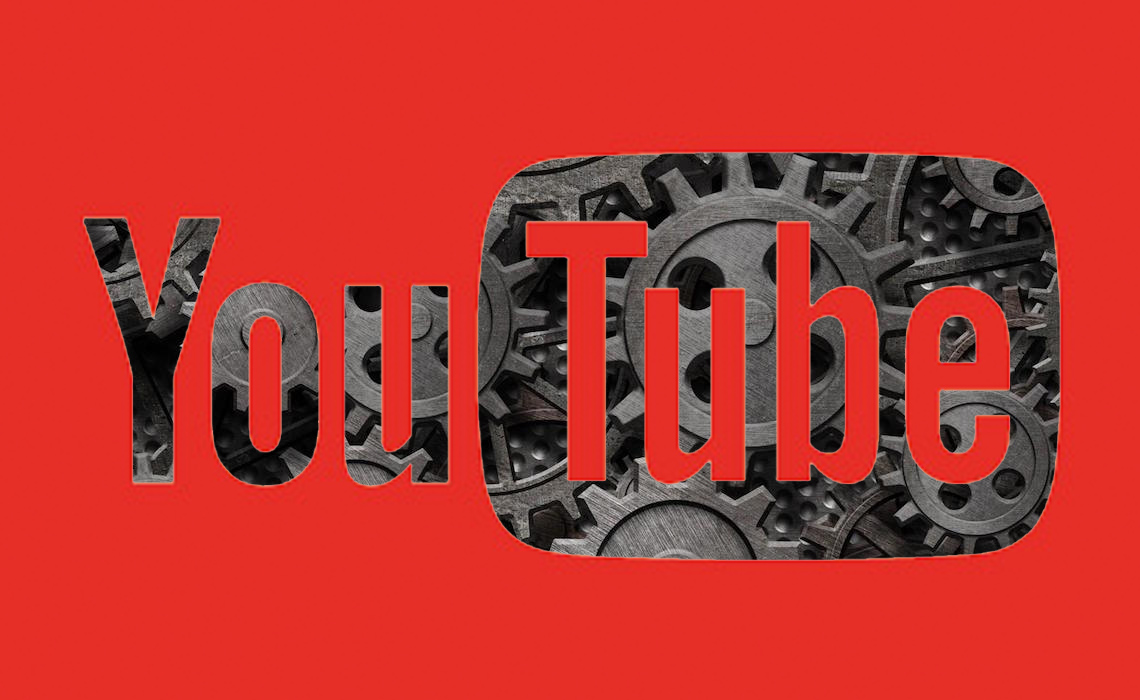 [Editor’s Note: You can read Reverse Engineering the YouTube Algorithm: Part II right here. You don’t need to read it after reading Part I, but you should check it out at some point. It’s excellent.]

If you’re a creator who makes content for any kind of distribution (whether it be a feature film, a theatrical play, a TV program, or some kind of online video) the success or failure of that content can be dependent upon the mechanics of the distribution mechanism. For example, if you’re making a TV show and you want that show to be successful, you ideally want to know when to put in ad breaks, how to promote the program, which channel your show will appear on, how many homes the channel reaches, and so on, and so forth.

If you’re distributing videos onto YouTube, however, the most valuable knowledge you can have about that distribution point is how the YouTube algorithm works. But, like everything algorithm-related, that’s hard to do.

YouTube doesn’t make the variables that factor into its algorithm public. So, to figure out how it works, we must peer into a very big and very dark black box with very limited data. There are also factors at play that we have absolutely no data for whatsoever. These data points (such as thumbnail and title impressions, user viewing history and behavior, session metrics, etc.) would shed a lot of light on the algorithm. But, alas. They don’t exist.

Despite these limitations, we still have an obligation to try and figure out as much as we can with the data available to us. This is why my former colleague (FYI, I recently left Frederator to explore other opportunities), Jeremy Rosen, and I spent six months examining data from Frederator’s owned and operated channels to learn as much as we could about the YouTube algorithm.

One quick note before we get started. Throughout this post we will refer to the multiple YouTube promotional algorithms (Recommended, Suggested, Related, Search, MetaScore, etc.) simply as “the YouTube algorithm.” There are many differences between them, but generally they share the same principle. They’re all optimized for “Watch Time“.

First things first. “Watch Time” DOES NOT mean minutes watched. As we discussed before, Watch Time is a combination of the following:

Essentially, each of these items relate to how well and how often your channel and its videos get people to start a Viewing Sessions and stay on the platform for an extended period of time.

In order to accrue any sort of value in the algorithm, your channel and videos first need to get views. And for a video to be “successful” (success being defined by achieving viewership equal to or greater than 50% of the subscriber base in the first 30 days) you need to get a lot of views in the first minutes, hours, and days of a video’s release. We refer to this as View Velocity.

When analyzing Frederator’s view velocity, we found that the average life-to-date viewership of a video increased exponentially as the percent of subscribers who watched in the first 48 hours increased:

As a result of seeing this, we dug a bit deeper and found with a near 92% accuracy we could predict whether a video would perform well for us based on its View Velocity. Essentially, there was a direct correlation between the percentage of subscribers who viewed in the first 72 hours and a video’s life to date viewership.

These graphs and correlations show that Views and View Veolicty have direct and significant impacts on the overall success of a video and a channel. In addition, we found evidence that suggests the reverse is true as well. Poor View Velocity has a negative impact on that video, the following videos, and previous videos.

This graph shows that if Frederator’s previous uploads had poor View Velocity (defined as less than 5% of subscribers) in the first 48 hours, our next uploads would be impacted negatively as well:

This data supports Matthew Patrick‘s theory outlined in this video, which suggests that if one of your videos is not clicked on by a large amount of subscribers, YouTube will not serve your next upload to a significant portion of your subscriber base.

It is possible that since the previous upload did poorly there will be less viewership on the channel, which will lead to less viewers passing through organically. But the results are the same regardless as to the “why”.

Another significant impact from negative View Velocity on a new upload is that there’s evidence to suggest that it also harms the viewership on your library of videos. Below you will see the first graph shows an average seven-day rolling % of subscribers who viewed in the first 48 hours (blue line) versus overall channel viewership. The second graph shows overall percentage of subscribers who watched a video that day versus overall channel viewership.

Essentially what these graphs show is that as the percentage of your subscriber base that view new uploads and/or your library videos goes down, so does overall channel viewership. To us, what this says is that through the algorithm, YouTube actively promotes channels that appeal to that channel’s core audience, while actively punishing channels that do not.

The next biggest metric we found to have a significant impact on the algorithm is View Duration.

View Duration speaks to how long a viewer spends watching an individual video. This metric carries a lot of weight and our data suggest that there’s an obvious tipping point. On Channel Frederator this year, videos with an average View Duration of over eight minutes brought in an average of over 350% more views in the first 30 days than those under five minutes. The following graph shows the average life-to-date views on an for Channel Frederator’s videos versus the average view duration of those videos.

*Note on this graph. We have limited data points on videos with view durations greater than eight minutes.

We also found that videos that were longer in duration performed better, too. This graph shows the average first seven-day views for videos less than five minutes (1), five minutes to 10 minutes (5) and 10 minutes or greater (10):

This graph shows the same but with life to date views instead.

Adding to these findings, we have anecdotal evidence to suggest that simply making videos longer will improve viewership performance. A channel that Frederator works with in the kids space was uploading three to four videos per week of varying lengths (three minutes, 10 minutes, 30 minutes and 70 minutes). We noticed that the 70-minute videos were receiving far more viewership in the first two days than the other videos, despite being mainly repurposed library videos. On top of this, the 70-minute videos had the same average view duration as any other video of any length on this channel.

We recommended that they reduce their uploads to just the 70 minute video each week. Since implementing this new strategy the channel’s daily average viewership has increased by 500,000 views, while uploading 75% fewer videos over the last 6 weeks. Crazy, I know.

A great deal of this research was based on the research done for my previous post, WTF Is Watch Time?!.

For a quick recap, Session Starts is essentially how many people start their YouTube viewership session with one of your videos. This speaks volumes as to why the first 72 hours of viewership from your subscribers is so important. Subscribers are the people most likely to watch your video on its first days of being live. They are also the most likely to click on one of your thumbnails as they are familiar with your brand.

Session Duration is how long your content keeps people on the platform as they are watching your video, as well as after they’ve watched your video. There’s little to no hard data here other than Average View Duration and Unique Views, which is a shoddy metric at best.

Session Ends relates to how often someone terminates a YouTube session while or after watching one of your videos. This is a negative metric to the algorithm and a metric where there is literally no data available to us.

YouTube’s algorithm is designed to PROMOTE CHANNELS, NOT INDIVIDUAL VIDEOS. However, it uses VIDEOS to promote INDIVIDUAL CHANNELS.

The algorithm uses a combination of video specific data and channel aggregate data to determine which videos to promote. However, the end goal is to build that CHANNEL’S audience.

YouTube does this because they want to promote channels that:

Here are three graphs that give evidence to this theory.

The first graph is the 48-hour subscriber views % vs. the seven-day viewership for individual videos. It shows us that if you start a lot of sessions your video is going to get a lot of views. If you reach a threshold, it becomes exponential:

The second graph show the average daily views vs. rolling five-day % of subs viewership for the channel.

This means that if you CONSISTENTLY get a large number of subscribers to start sessions (five-day rolling average) the algorithm increases the daily views it sends to the channel’s entire video library.

We believe this shows there is a correlation between a channel’s consistency and exactly how many views, as a percentage of your subscribers, YouTube will driver to your videos.

We think that math checks out pretty well. And essentially this means that YouTube is selecting channels to promote based on certain performance metrics and then driving exactly as many views as its algorithms determine to promote that channel.

But that’s just a theory!

Here we have taken a crack at recreating these algorithms. Using 15 signals and our best estimate of their weights we’ve created an Algorithm Score. Here are the factors we used to figure it out:

And here are the graphs putting our factors into action.

If you’re curious this is our (very) rough view of how the algorithm is weighted:

However, without more data, we can’t be sure what type of regression to use in the correlation and are only able to say we have strong correlations for most signals. That and we’re still just YouTube Algorithm enthusiasts.

The Ramifications of YouTube’s (Current) Algorithms

In conclusion, it is our view that the algorithm is designed to promote channels that are capable of uploading videos that get and keep a large swath of their niche audience watching. If you want to be successful on YouTube the best advice we can give you is to focus on one very specific niche interest and make as many 10-minute or longer videos as you can about that singular topic.

On a personal note I’d like to mention that YouTube catches a lot of flack for its algorithms and I hope they don’t interpret this post as a negative look at the algorithm. Throughout this research process, I have gained an even deeper appreciation for YouTube and the engineers who oversee and design the algorithms. They are, after all, trying to entertain a billion people a month across the entire world, with vast and varied interests. When you take a step back and look at it as a whole, it’s an astounding thing of beauty designed unbelievably well to achieve YouTube’s business goals and prevent people from abusing the system. My hat is off to them.