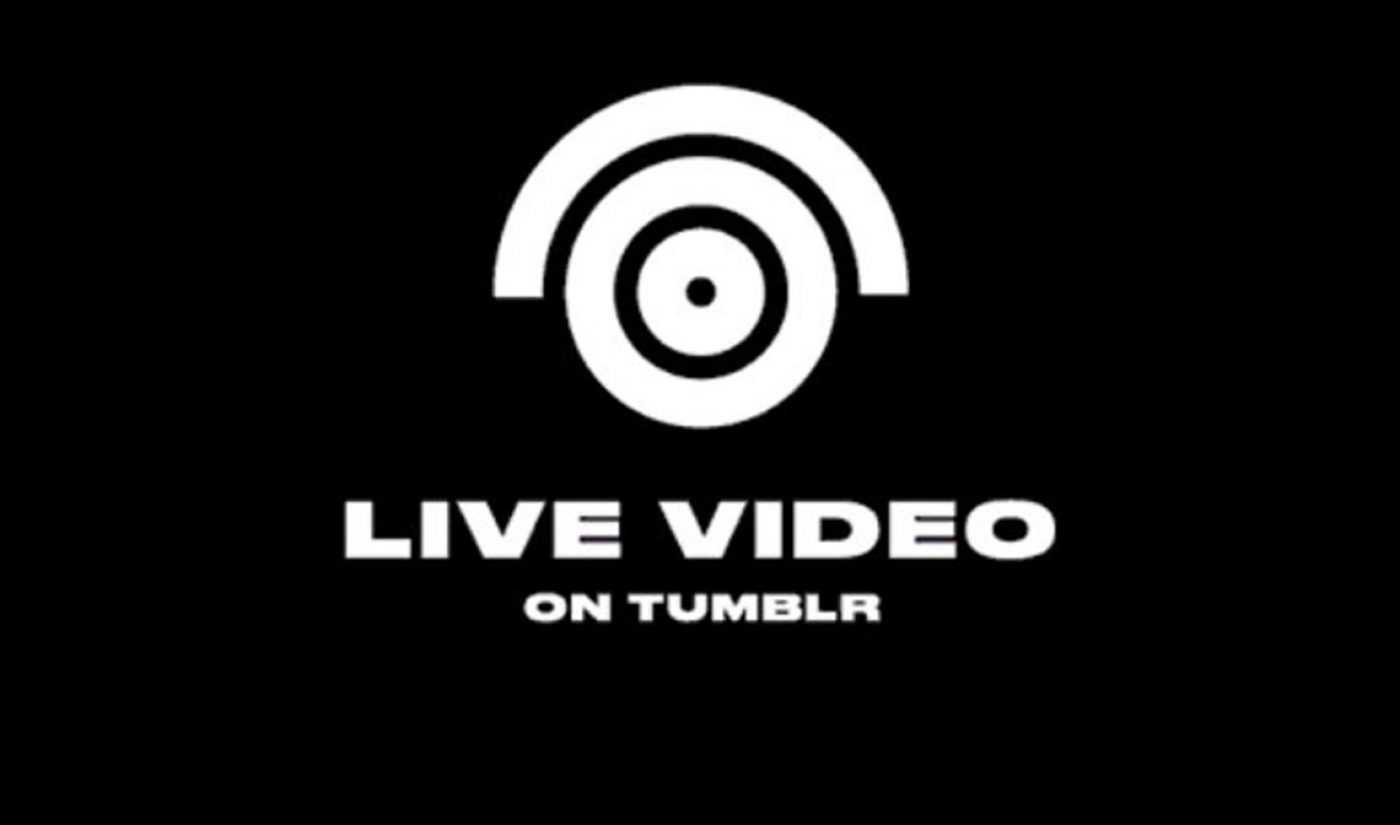 Yahoo-owned Tumblr is set to unveil a live video streaming service tomorrow to compete with the likes of Facebook Live, Periscope, and YouTube. At livevideo.tumblr.com, the microblogging platform is currently teasing a programming slate of live content that’s set to debut at 4:00 p.m., including dispatches from the surface of Mars, the inflation of “a very big thing in a very small room”, and a broadcast in which a Harlem Globetrotter will sharebasketball tips.

In addition, Live Video On Tumblr, as the service has been named, will offer a user-facing feature enabling anyone to broadcast, reports Techcrunch, which confirmed that the page represents an official effort by Tumblr as opposed to a third-party creation.

It is unknown whether Tumblr has built a native streaming service, or a tool that can operates in conjunction with existing platforms, according to Techcrunch — which notes that streams will likely be able to be viewed on mobile devices and desktops, and that broadcasts will be archived for replay as soon as they conclude. Techcrunch also reports that Tumblr “plans to introduce a larger strategy for real-time content” tomorrow.

Other broadcasts slated to debut — which Tumblr is advertising using the hashtag #tumblrpowerhour — include an organization tutorial, a Q&A with graphic designer and popular blogger Adam J. Kurtz, and a stream in which viewers will learn “the metaphysical truth” about Tumblr.

Yahoo, which acquired Tumblr for $1.1 billion in 2013, is currently on the auction block itself, with Verizon and AT&T rumored to be entering a third and final round of bidding for the beleaguered web giant.