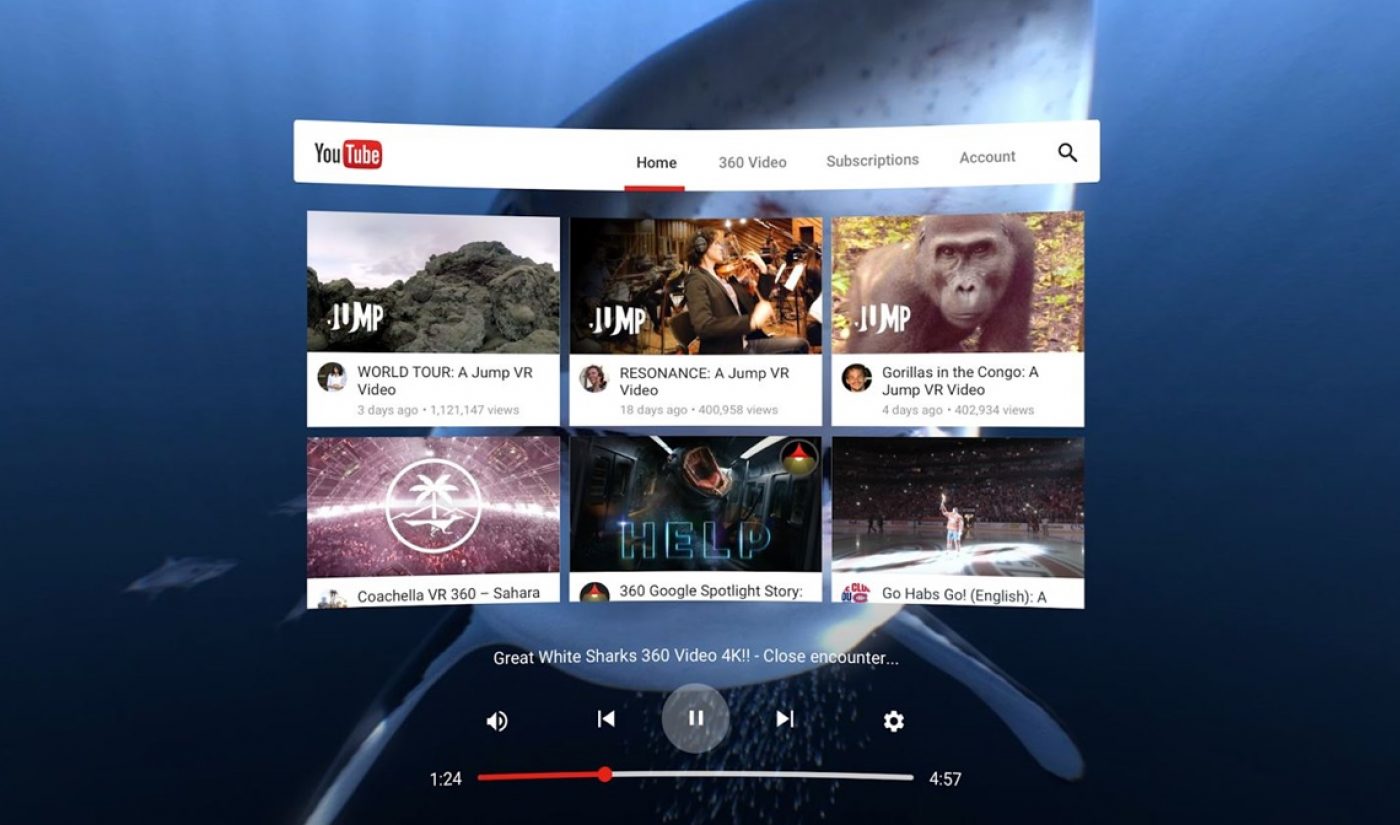 YouTube will release a virtual reality mobile app later this year specifically engineered to work with Daydream — Google’s forthcoming mobile virtual reality platform comprising both software and hardware elements that is slated to arrive in the fall.

“For more than a year, we’ve been adding support for new video and audio formats on YouTube like 360-degree video, VR video and spatial audio,” writes senior product manager Kurt Wilms in a company blog post. “These were the first steps on our way toward a truly immersive video experience.”

The upcoming app will feature familiar elements, including voice search, discovery, and playlists, according to Wilms. And while all of YouTube’s content will be accessible, the company is currently working with publishers like the NBA, BuzzFeed, and Tastemade “to experiment with new formats that offer a wide range of virtual experiences.”

YouTube is also partnering with camera makers like GoPro to help make VR production equipment more accessible to creators. Beginning today, YouTube will offer its Jump program — consisting of a 16-camera rig and software that captures high-resolution 360-degree videos in 3D — to makers at its production Spaces in Los Angeles and New York. Jump will roll out to other Spaces across the globe “soon,” YouTube said.

“We’re just beginning to understand what a truly immersive VR experience can bring to fans of YouTube,” writes Wilms, “but we’re looking forward to making that future a (virtual) reality.”

The upcoming app is part of Google’s larger Daydream VR initiative, which it announced at its I/O developer conference yesterday. Daydream will be baked into the upcoming version of Android, now known as Android N, and will only work with a new class of phones that will be made with special sensors and screens. Google is also releasing a headset and remote control with motion-sensing capabilities in the fall that will enable users to navigate the new operating system.