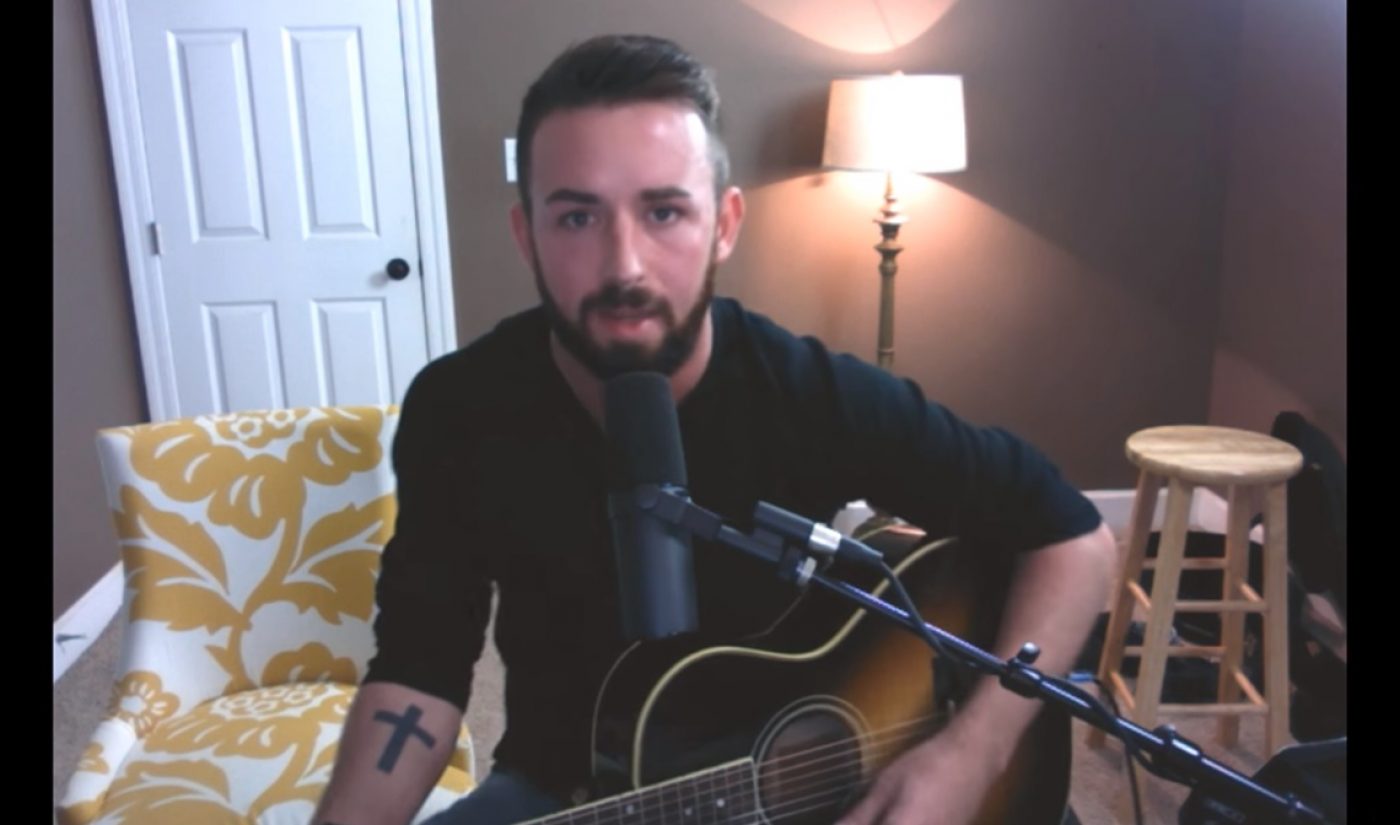 Four-year-old streaming service YouNow has its own homegrown creative community, and one of that community’s top performers is doing pretty well for himself. According to a press release, musician Brent Morgan makes $10,000 per month by streaming on YouNow.

Morgan, a former worship leader at a Methodist church, entertains his audience by performing a combination of original songs and covers for them. He streams on YouNow for about four or five hours each day and profits off his broadcasts thanks to the platform’s partner program. As he performs, his fans can buy him tips and gifts with virtual currency.

Thanks to his streaming success, Morgan has found new opportunities in the music industry. At an event hosted by YouNow, he announced that he has been signed by Charlie Stettler, a producer known for his work with artists like Dr. Dre and Joseph “Run” Simmons of Run DMC. ““Brent Morgan is a rising new talent whose charisma and live streaming cred and following give him a leg up as his music career takes shape,” said Stetter in a press release.

Beyond YouNow, Morgan also has a YouTube channel, where he posts occasional on-demand videos to supplement his live-streaming activity.