The Confessional: An Anonymous Interview With An Advertising Executive About The NewFronts And Digital Media 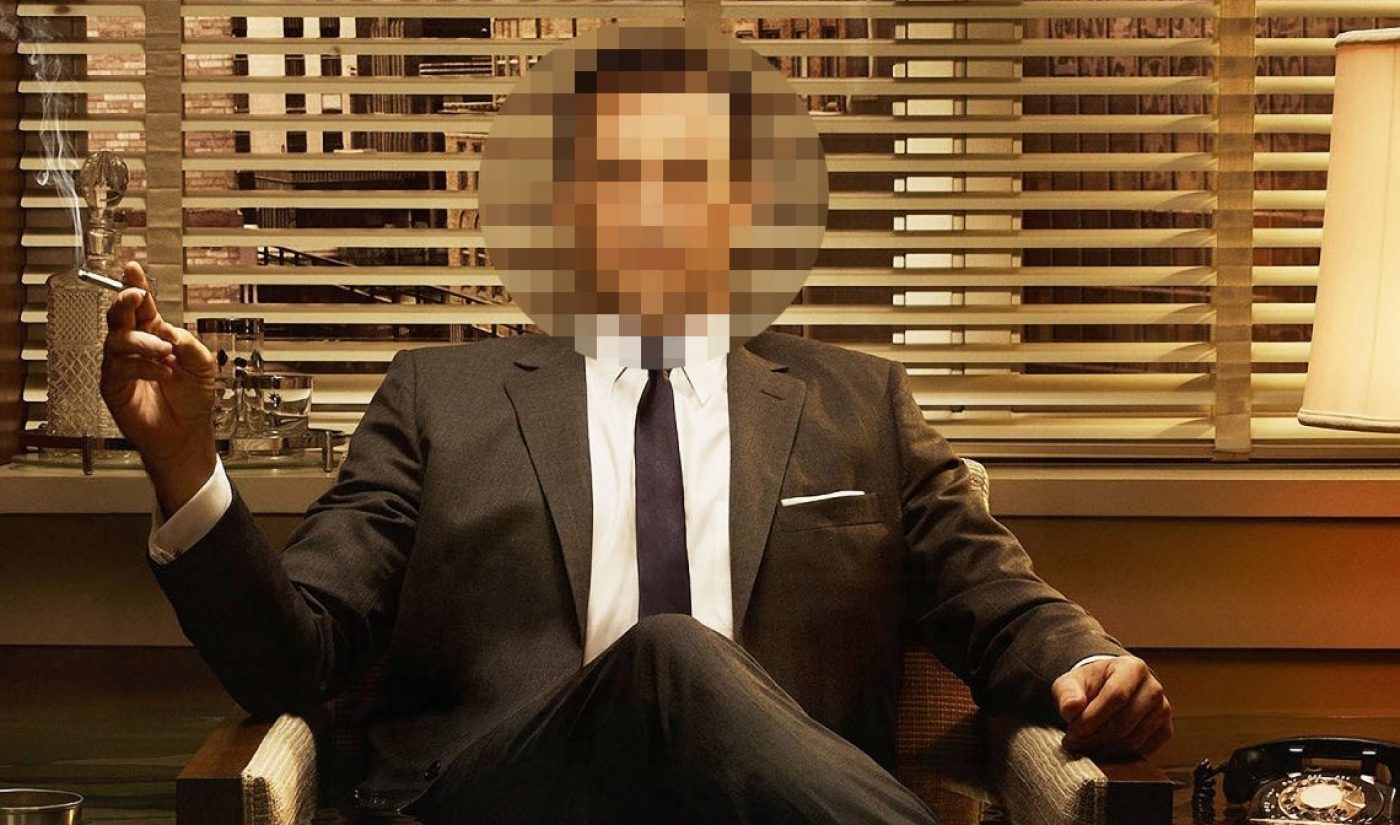 My latest installment of The Confessional is with a senior advertising agency executive who’s worked on the media and strategy side of the business for over a decade. In this extensive interview, we discussed how the new media ecosystem has evolved, how much advertisers have (and have not) adapted to working with digital influencers, as well as the NewFronts and its role in influencing the flow of advertising dollars.

Here are some of the major points we covered in bullet form:

(Editor’s Note: The following interview has been edited and condensed for clarity. It also contains some expletives.)

Brendan Gahan: How has the digital entertainment space changed since you started nearly a decade ago?

Anonymous Advertising Executive: The biggest change is probably the money. I remember when I first got started it was hard to get clients on board with the idea of even paying YouTubers to create content around their brands. Everything was so siloed back then. And more often than not, clients thought of YouTubers as PR and PR should be free.

It was really fucking dumb. Brands would pay millions of dollars in production and media for an agency to create content, but wouldn’t spend any money at all on a YouTuber who could create the content and actually had a massive audience that could watch it, too.

BG: Do you feel like the process of working with YouTubers is more defined today?

AAE: It’s getting better. It’s certainly a lot more accepted to work with YouTubers, Viners, Instagrammers, etc. than it was even a year or two ago. That said, I think a lot of the agencies, creatives in particular, look down upon a lot of the influencers. There’s a certain arrogance that a lot of agencies have when it comes to anything involving creative.

But regarding how to work with creators,  it’s not really defined. Anyone can work with them any number of ways. The media agencies sometimes do ad buys and sell through branded content done by influencers as part of the package. Creative agencies and PR agencies sometimes carve out this space as being part of their domain. It’s not uncommon for brands to have direct relationships with influencers, too.

Also, the way to reach creators to work with them is a clusterfuck. You have MCN’s, talent managers, traditional talent agencies, and the creators themselves all negotiating deals. There’s a huge dog pile that creates a lot of confusion.

BG: In your experience, what’s the best way to work with creators?

AAE: It depends. There are some great mediators out there who really add value – whether that be a talent manager, MCN account manager, or whoever. It really varies from person to person and influencer to influencer. However, it never hurts to have at least some access to the source – the creator. That allows you to have a better feel for who you’re working with and what they are and are not receptive to.

BG: The NewFronts are this week. As an advertiser, what’s your take on that?

AAE: The NewFronts is the ultimate industry circle jerk. Upfronts was something created from the Mad Men era when there was limited ad inventory and you had to work with people face to face. None of that is relevant today.

I can buy media cheaper by NOT dealing with the publishers than I can by dealing with them directly. It’s insane. There’s more inventory than anyone knows what to do with. Why are we, as advertisers, paying a premium? That premium goes to pay for salespeople, bloated organizations and events like those held at the NewFronts.

As a vendor, I totally understand why you’d do the NewFronts. However, brands and their media agencies should be smarter, but they’re not. Why should they be? They can go and be wined and dined by potential partners and then spend the brand’s money. There’s no real accountability to work harder and smarter within a lot of these organizations. In fact, if anything a lot of them are so rigid in their processes you’re better off career wise to play it safe and not stick your neck out to try something new or against the herd.

BG: What about YouTube’s Brandcast?

AAE: Brandcast is really more of the same. I’d say they do a better job than most in putting on a show and providing tangible insights to help convince advertisers to shift more dollars to YouTube, so in that sense it’s good.

However, typically, YouTube is trying to dumb down their offerings for their audience. Once again, I’m not blaming them or the publishers. They’re all REALLY smart to continue to do these events. It’s the brands and media agencies that are dragging their feet that make these events necessary.

The platforms and the publishers have to bend over backwards to work with advertisers in ridiculous ways. Want to get more brands to buy on YouTube? Sell it like TV! They did that with Google Preferred. How fucking insane is that? YouTube needed to make things more complicated and inefficient in order to help pull these decision makers at advertising agencies into the 21st century. Fucking drives me nuts.

BG: What’s your take on all the attention and ad dollars that have gone into promoting the creators over the years?

AAE: Once again, it’s taking an old school approach and applying it to this new medium. Want to get advertisers to invest in branded content with YouTube stars? Put them on a billboard! That’s kind of crazy when you think about it. The fact that they were reaching 10 million people wasn’t enough?!? Fuck. Do you not do any research whatsoever about the media habits of your target audience?

AAE: Everyone follows the money. If brands evolved and really changed their processes and how they chose to work with creators and agencies this could be a much more exciting industry than it is today.

So much of this industry is based on legacy relationships and old school ways of working. These major brands are going to disappear in a few years if they can’t adapt. I genuinely believe that Fortune 500 companies will disappear if they can’t change the way they spend their ad dollars. TV isn’t impactful enough. You’ve got upstarts spending pennies on the dollar in digital to get way more impact. Brands need to stay hungry and adapt if they want to survive the next few decades.