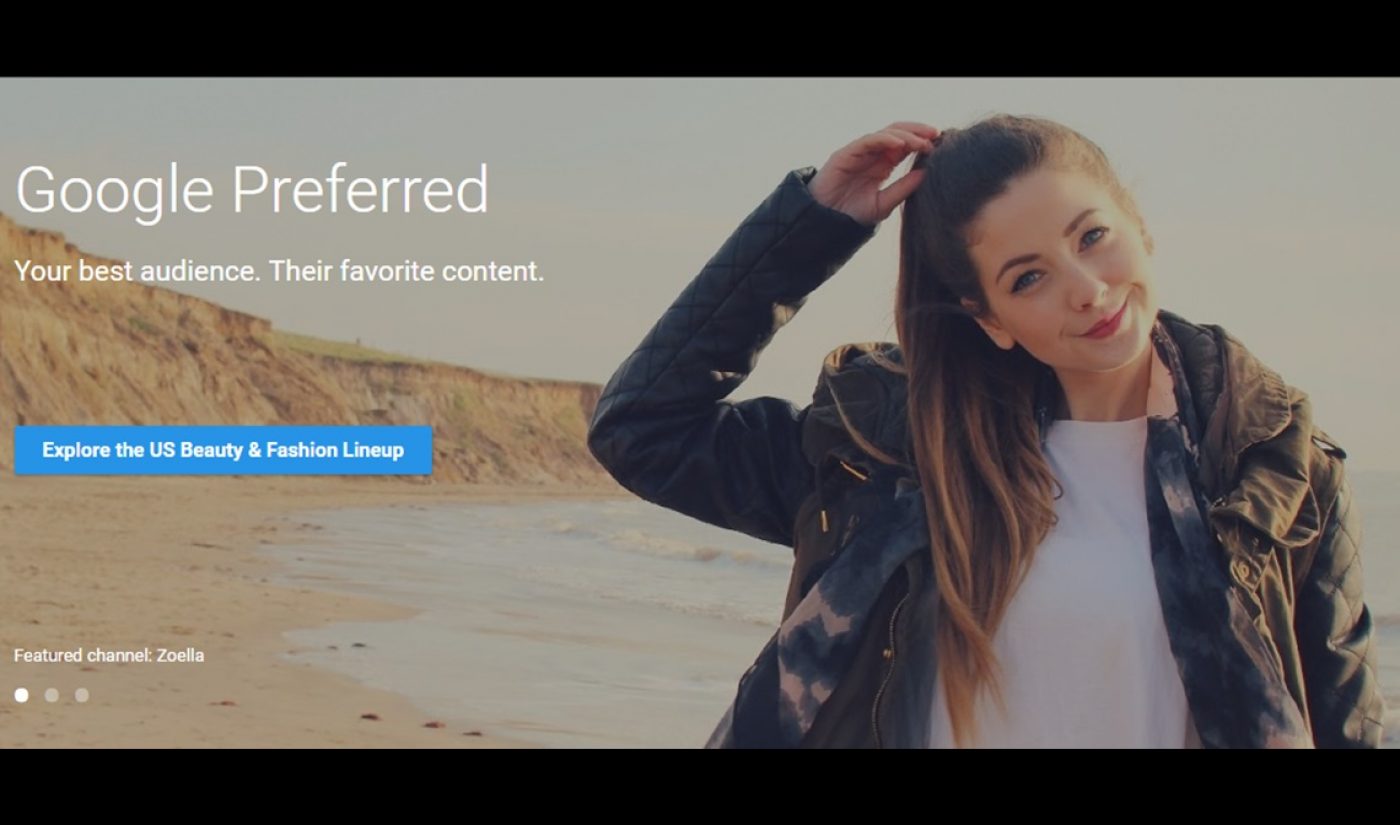 On May 5th, YouTube will deliver its annual Brandcast, and its premium advertising program, titled Google Preferred, is expected to once again be part of the video site’s pitch. Google Preferred, which launched two years ago, is attractive to many brands because it mimics a TV advertising experience: Inventory on the top 5% of channels on YouTube is cordoned off, and advertisers can buy that space at a premium price that guarantees both impressions and content security.

Google Preferred has clear benefits for both creators and brands, and so it was considered a strong play when YouTube launched it. Two years later, has anything changed? In what ways is YouTube updating Preferred to fit the online video community of 2016?

Those were questions on my mind when I talked to Tara Walpert Levy, who serves as Google’s conduit between big-name advertisers and the YouTube community. In discussing the current status of Google Preferred, Levy was quick to remind me that the program itself constituted a big change to YouTube’s advertising ecosystem. “In some ways the launch of the program was our tinkering,” she said. “The program was made to fit better into a TV buyer environment. Having a common currency made it much easier for agencies to buy in the upfront scenario, and that’s what drove the initial success. We haven’t changed it much because it worked.”

Where Levy sees change is in the behavior of advertisers who have chosen to partner with Google Preferred. “This year, advertisers feel more confident to lean into Google Preferred,” she said. “Double the number of brands have participated, with much earlier outreach in the upfront season.” Sarah Weichel, a talent manager who works with YouTube stars like Lilly Singh, agrees that Google Preferred has helped advertisers get comfortable with the YouTube community. “The way I would describe it is YouTube 101 for brands,” she told Tubefilter. “It’s a little bible they get to look at to familiarize themselves with top creators on YouTube.”

Both Levy and Weichel also noted the degree to which the online video ecosystem has changed around Google Preferred. Levy said “market changes” are more forceful than Google “tinkering with the program.” “I think that the ecosystem has changed and that probably affects brand relationships and endorsement deals more than the Google Preferred program,” added Weichel. She specifically cited a shift toward the personality-driven content of stars like Singh.

If there is one place in which Google Preferred itself has changed, it is in the roster of creators who participate in it. Genre-specific “preferred lineups” occasionally add in new creators and drop others in order to best identify the creators with the most engaged audiences. These lineups now include several international playlists that identify top channels in the non-US territories where YouTube is popular.

“The algorithm [on which the preferred lineups are based] has always focused on fan passion and popularity,” said Levy. “It uses things that indicate how much people care about these creators. It still aggregates into the cateogry types people are most interested in. The channels remain very consistent in video types even if specific creators change.”

No matter which creators it involves, Google Preferred continues to dish out big results for the advertisers who participate in it. Levy said that, across all campaigns, the program has increased brand recall by 80% and brand awareness by 17%. Therefore, as Preferred enters its third year, Google has plenty of reasons to be proud of the service it has created. As Levy puts it: “This has been a win for advertisers, a win for creators, a win for brands, a win for viewers, and a win for us.”