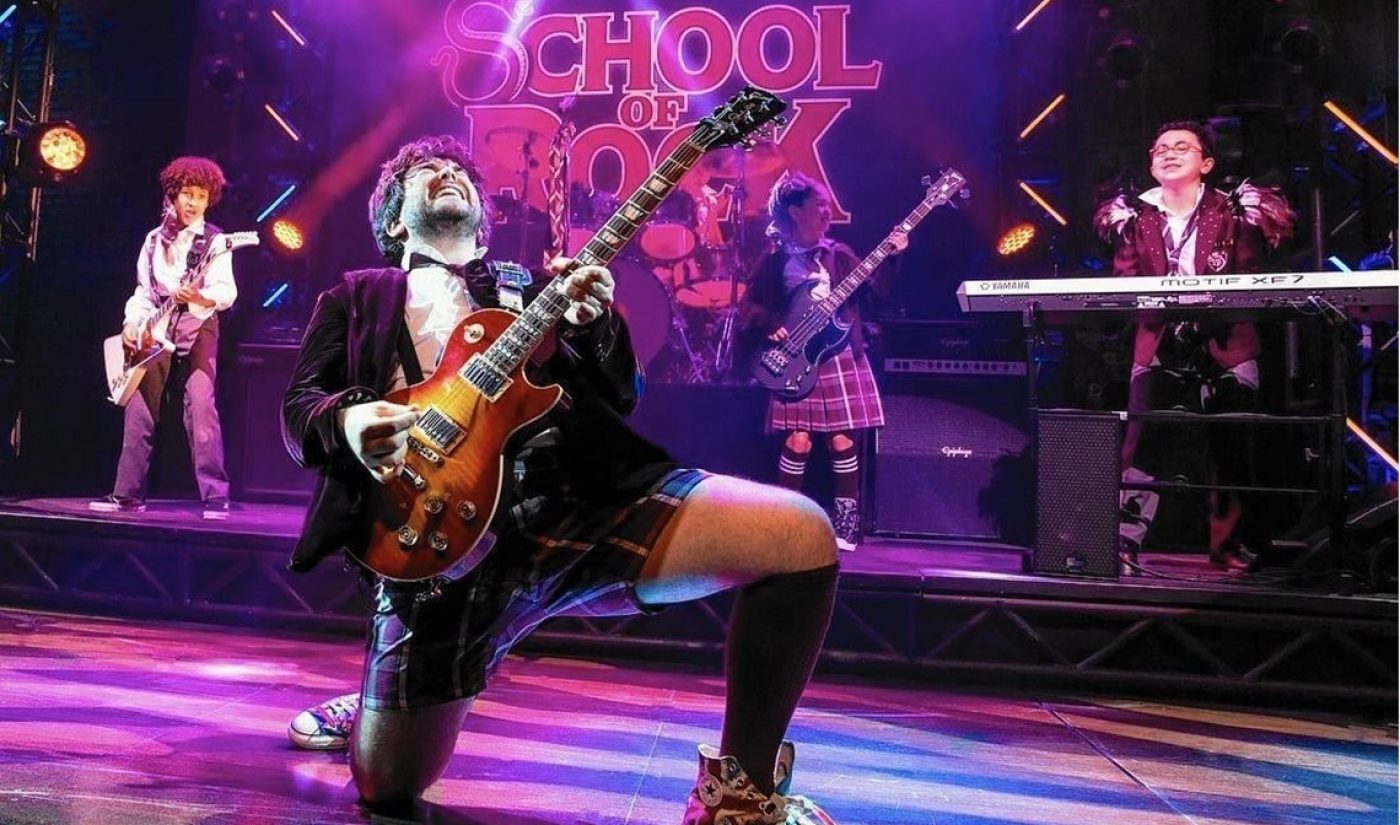 As online video snippets of theatrical shows and coveted peeks behind the scenes are increasingly being harnessed as promotional tools to pack Broadway theaters, Andrew Lloyd Webber’s latest School of Rock musical put its own groundbreaking spin on this newfangled approach.

In anticipation of the musical adaptation of the Jack Black-starring film, which premiered on Broadway in December, the show’s marketers created the very first 360-degree YouTube video to emerge from Broadway, featuring a showstopping number from the piece called ‘You’re in the Band‘.

It was a decision that drove significant returns, Google wrote in a blog post today, noting that the clip garnered one million views in three days, triggered a 160% traffic spike on the show’s ticketing website, and ultimately turned School of Rock — which now regularly grosses over $1 million per week — into a bonafide smash.

Storied composer Webber worked with UK production company Steam Motion and Sound UK on the video, and chose a 360-degree video to reach viewers in a “lean-forward, engaging-with-the-video position,” according to Barney Wragg, CEO of Webber’s entertainment company Really Useful Group. “The more people looked around and the more they engaged, the more they could experiment. And we think that was really rewarding for people.”

The show also opted for a paid media campaign on YouTube, with TrueView ads comprising short teasers as well as the full 360-degree ‘You’re in the Band’ video. “When people are served pre-roll on YouTube, they’ve proactively made a choice to watch content,” says Lisa Cecchini, vice president of media and insights for School of Rock’s digital agency Situation Interactive. “That means people are engaged and their sound is probably turned on. Other platforms are potentially more passive and people aren’t necessarily primed to watch a video.”

For more about the partnership, check out Google’s blog post right here.