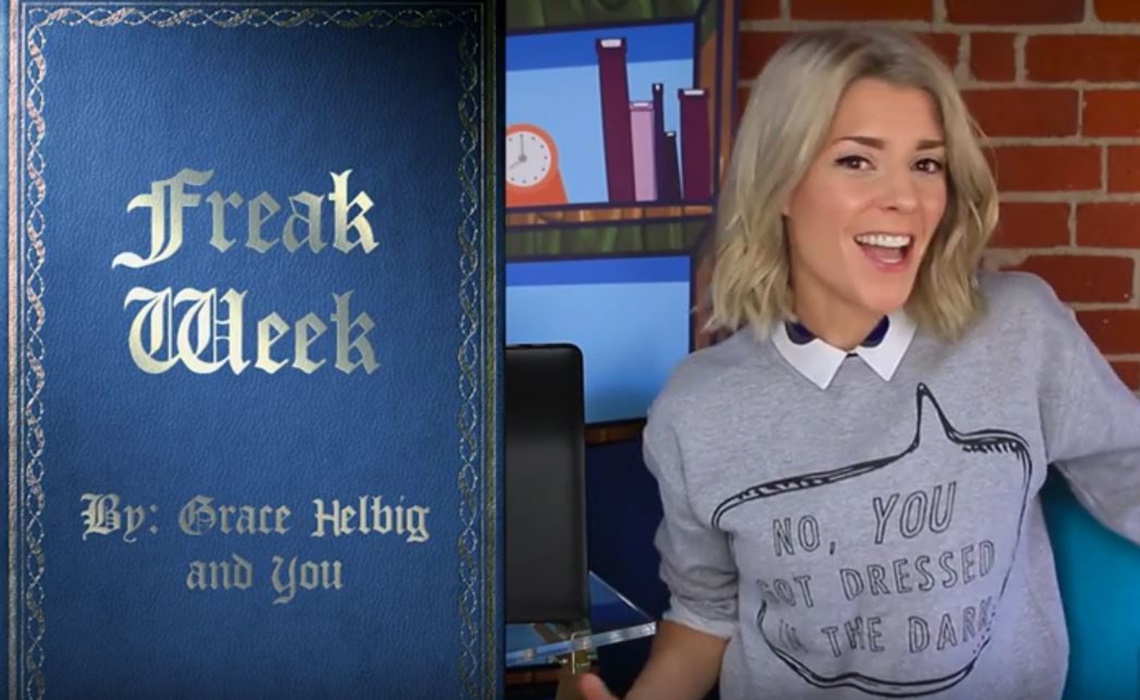 Grace Helbig is already the author of two New York Times best-selling books, but the prolific YouTube star just announced that a third novella is in the works — with a twist. Helbig’s latest writing project, Freak Week — “think apocalypse, think high school, think young love, think dogs,” she says in a video announcing the book — will be co-written on Wattpad by some of her biggest fans.

Here’s how it works: Helbig has already written the first of Freak Week’s eight chapters, which you can check out right here. Every Thursday on her YouTube channel, she’ll be announcing prompts for potential co-writers to keep in mind as they hone their own contributions. “It could be things like you have to include a space monkey and the phrase ‘get wrecked’ two to three times,” she explains. Submissions must be between 500 and 1,500 words and filed on Wattpad using the hashtag #WritingWithGrace.

Every Thursday, Helbig will also announce the week’s winning chapter while discussing her favorite moments and fails from other contributors. Fans will write chapters two through seven of Freak Week, and Helbig will “bookend” the novella by concluding with chapter eight.

Perhaps most exciting of all, however, is that after Freak Week is finished, Helbig will be taking the novella to the stage with a live reading at this year’s VidCon. “Myself as well as some of my famous friends will be reading Freak Week live start to finish at VidCon, bringing yours and my words to life.”

Helbig, who was just announced as a founding member of food review app Dysh alongside frequent collaborators Hannah Hart, Mamrie Hart, and Ingrid Nilsen, is not the first YouTube star to catalyze traditional book publishing with an interactive spin. Caspar Lee, for instance, recently announced that he will release a self-titled biography written by his mom.