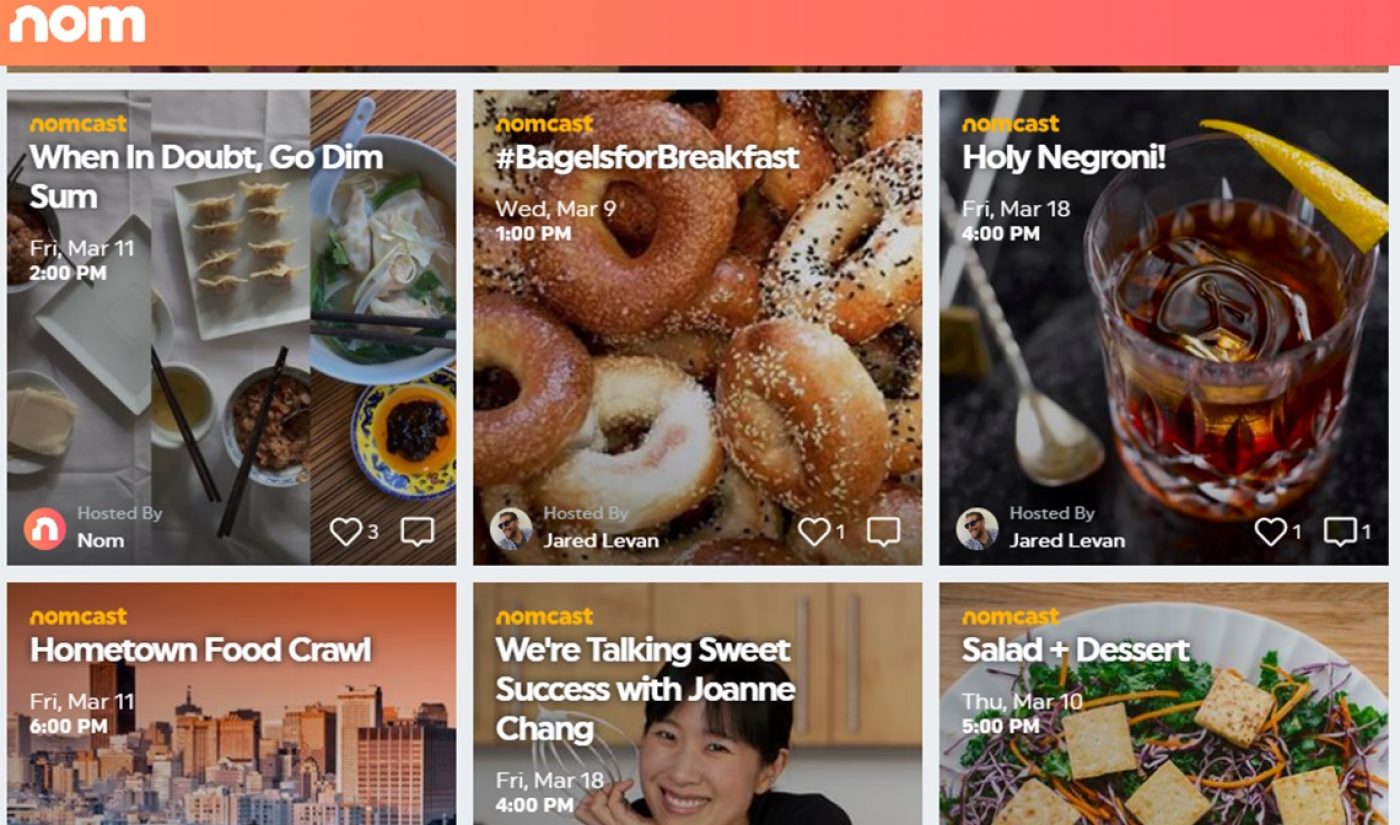 Since he and his fellow YouTube co-founders sold their video site to Google in 2006, Steve Chen has thrown his weight behind a number of different ventures. His latest project is Nom, a video site that offers live streams centered around culinary topics.

The simplest way to describe Nom is as the “Twitch of food.” Broadcasters set up streams from their kitchens, and viewers will be able to interact with those broadcasters and send in their own responses. The most logical use of Nom is for live cooking shows, but the platform has other potential fringe uses. It could, for example, serve as a home for streams that emulate the Korean muk-bang format.

Nom’s platform is well-designed, and the concept behind it is sound. The only remaining question is whether it will catch on, and that remains to be seen. Chen’s most significant post-YouTube venture, MixBit, made only a small impact after its launch in 2013. Chen left AVOS Systems, the company behind MixBit, a year later.

Nom looks like a stronger bet, if only because it has a decent amount of capital at its disposal and a number of culinary collaborators who plan to use it. It has raised $4.7 million in Series A funding through an eclectic roster of investors (including Jared Leto and Psy). It has also joined forces with at least a half-dozen top-tier chefs, who will all run their own broadcasts.

If you’re looking to pick up some new recipes, feel free to watch a few “nomcasts” to get a feel for the platform. If you tune in close to mealtime, however, you will watching at your own risk.