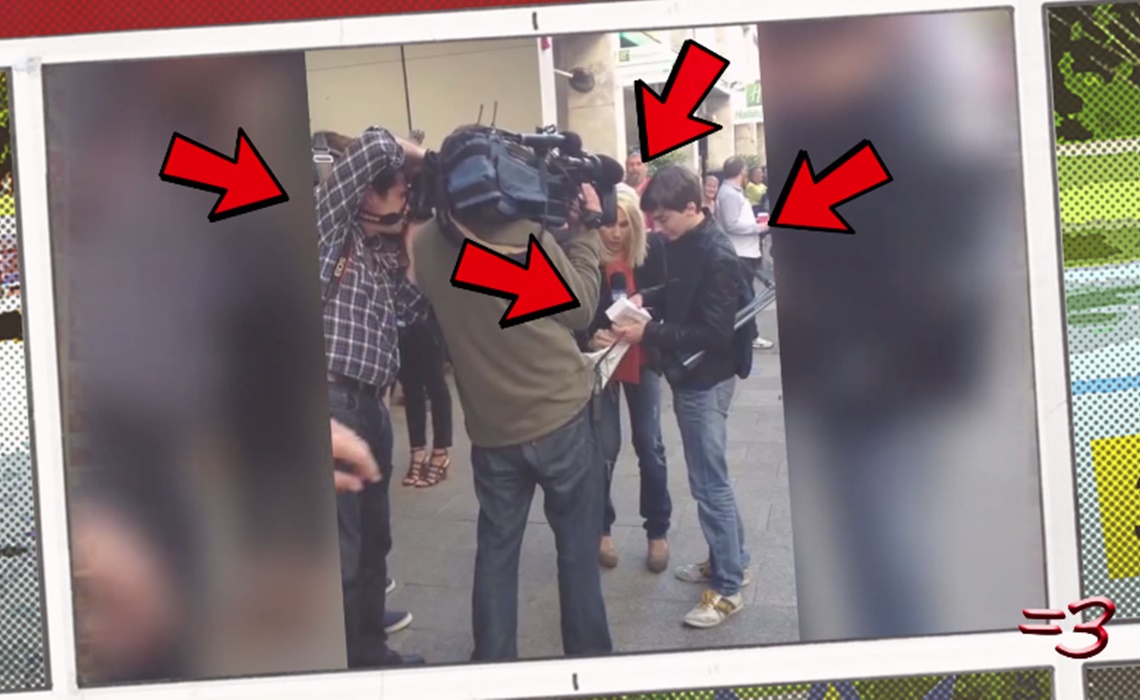 An important legal case based around the concept of fair use has been settled. After a two-day trial, Ray William Johnson’s Equals Three and viral video licensing company Jukin Media have reached a deal that, according to a joint press release, “dissolves all existing disputes between the two companies and lays the groundwork for a collaborative business relationship in the future.”

The case concerned Equals Three’s use of Jukin-owned clips within its web series of the same name. According to Jukin, this practice constituted infringement, but Equals Three attempted to defend itself by invoking the doctrine fair use, which protects creators who provide commentary on existing media. Had a settlement not been reached, the judge was expected to rule in favor Jukin; according to an anonymous juror who spoke to The Hollywood Reporter, the jury did not believe Equals Three’s videos constituted fair use.

The legal dispute between Equals Three and Jukin Media began in October 2015, after Jukin issued claims against several Equals Three videos. Johnson’s company fired back with a lawsuit, and later appeared to win a partial victory after a judge ruled in its favor on 18 of 19 counts. The case continued to trial, where it appears Jukin was able to convince the jury that Equals Three’s use of its clips did not constitute fair use because the clips in question were not sufficiently “transformed” to qualify for the legal doctrine.

Both companies offers their own comments within their joint statement. Here’s Johnson’s:

“I have no personal beef with anyone at Jukin, and I certainly admire the business that CEO Jon Skogmo has built. From my perspective, this case was a fight to protect the First Amendment rights of me and other creators like myself. At the end of it all, Jon and I came up with a solution that would allow me to continue to exercise my rights and would benefit both my business and his. Aside from all that, in a funny turn of events, Jukin and I are currently exploring more ways we could work together into the future – which could be pretty cool. After all is said and done, I think both of us came out of the dispute in a better position than we went in, which is more than we could’ve asked for.”

“For us, this case was about standing up for our video owners. If a video that we represent is used commercially in a way that doesn’t look like fair use, we’ll be vigilant about taking action. Viral video owners get frustrated when they see their clips used without permission, and Jukin is here to help. We always try to work out a compromise when business disputes like this arise, and we’re glad we were able to do that with Equals Three. We hold no ill will toward Ray, we’re pleased to put the dispute behind us, and we look forward to working with Ray and Equals Three in the near future.”

Given the online video community’s recent hubbub surrounding the topic of fair use, the apparent pro-Jukin decision in this case is an important reminder that fair use doesn’t automatically protect all creators who comment on licensed media. This case doesn’t set any particular precedent, and courts will continue to examine digital fair use on a case-by-case basis, but that doesn’t mean the lessons we’ve learned from this result should be ignored. If you’d like to get a more complete view, feel free to check out one of the Equals Three episode involved in the case, as well as the Jukin clip it uses. Both videos are embedded below.