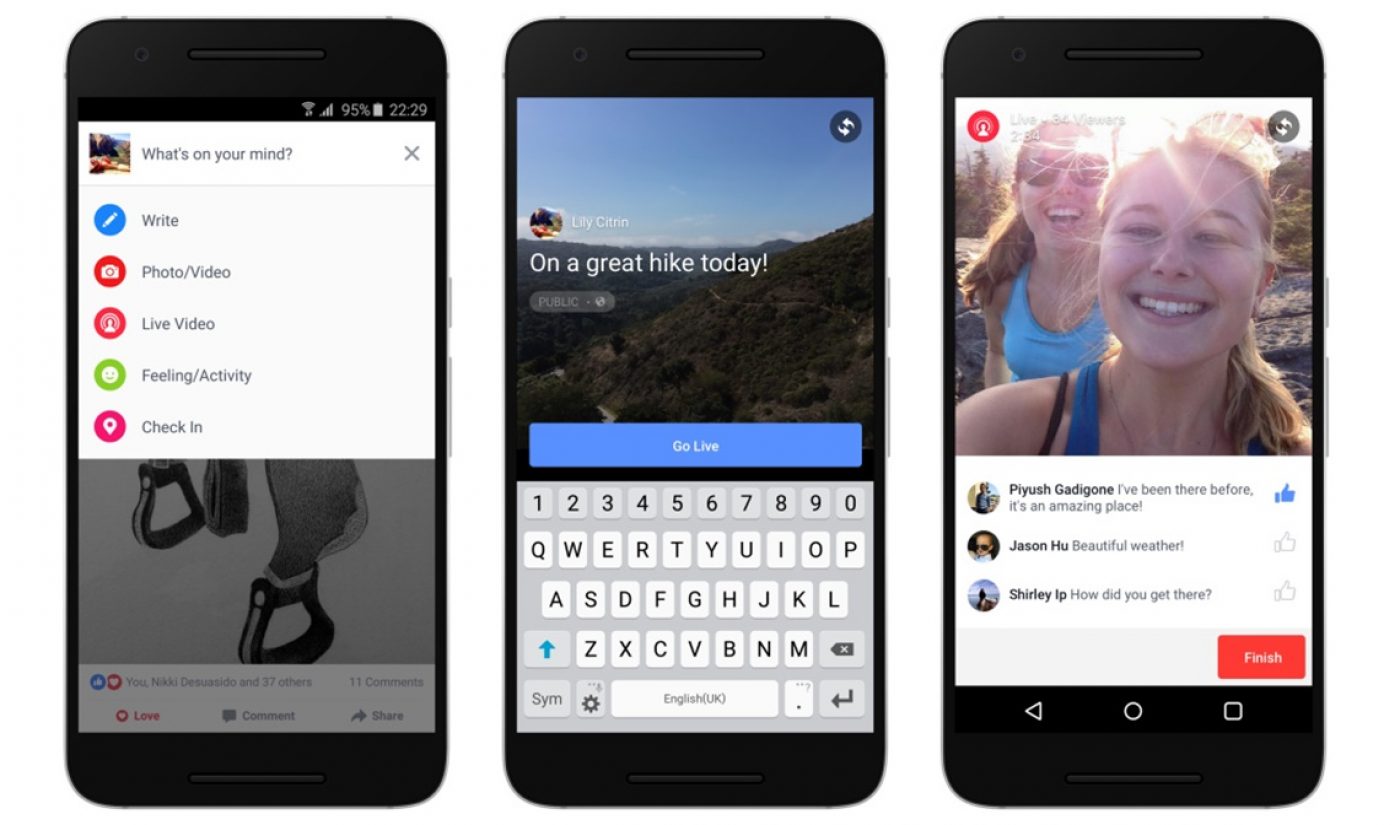 Facebook is tweaking an algorithm so that the network’s roughly 1.6 billion users will soon see a lot more live streaming video.

Facebook Live video has become increasingly popular over the past three months, write product manager Vibhi Kant and software engineer Jie Xu in a blog post announcing the change. Therefore, the company is “making a small update to News Feed so that Facebook Live videos are more likely to appear higher in News Feed when those videos are actually live, compared to after they are no longer live.”

Facebook has previously said what would seem rather obvious: users spend 3x more time watching a Live video that’s actually live as opposed to one that’s been archived on a user’s timeline.

Beginning in 2014, the social network made a similar algorithm tweak for regular videos, note Kany and Xu — ranking these videos on feeds according to how many and how long people were watching. These changes helped lead to the fact that Facebook says users now watch 100 million hours of video every day.

And in yet another move to hasten its Live video push, Facebook is also reportedly offering certain celebrities six-figure sums to broadcast live on the service, according to Re/Code.

The outlet reports that COO Sheryl Sandberg is in Los Angeles week chatting with talent agencies in order to cull roughly 100 broadcasters to start using the service regularly. She is reportedly interested in traditional Hollywood stars, comedians, and digital influencers.

“We’re testing different ways to support partners so they begin experimenting with Facebook Live,” the company confirmed to Re/Code in a statement. “We’ll be working closely with these partners to learn from them how we can build the best Facebook Live experience and explore with them potential monetization models.”