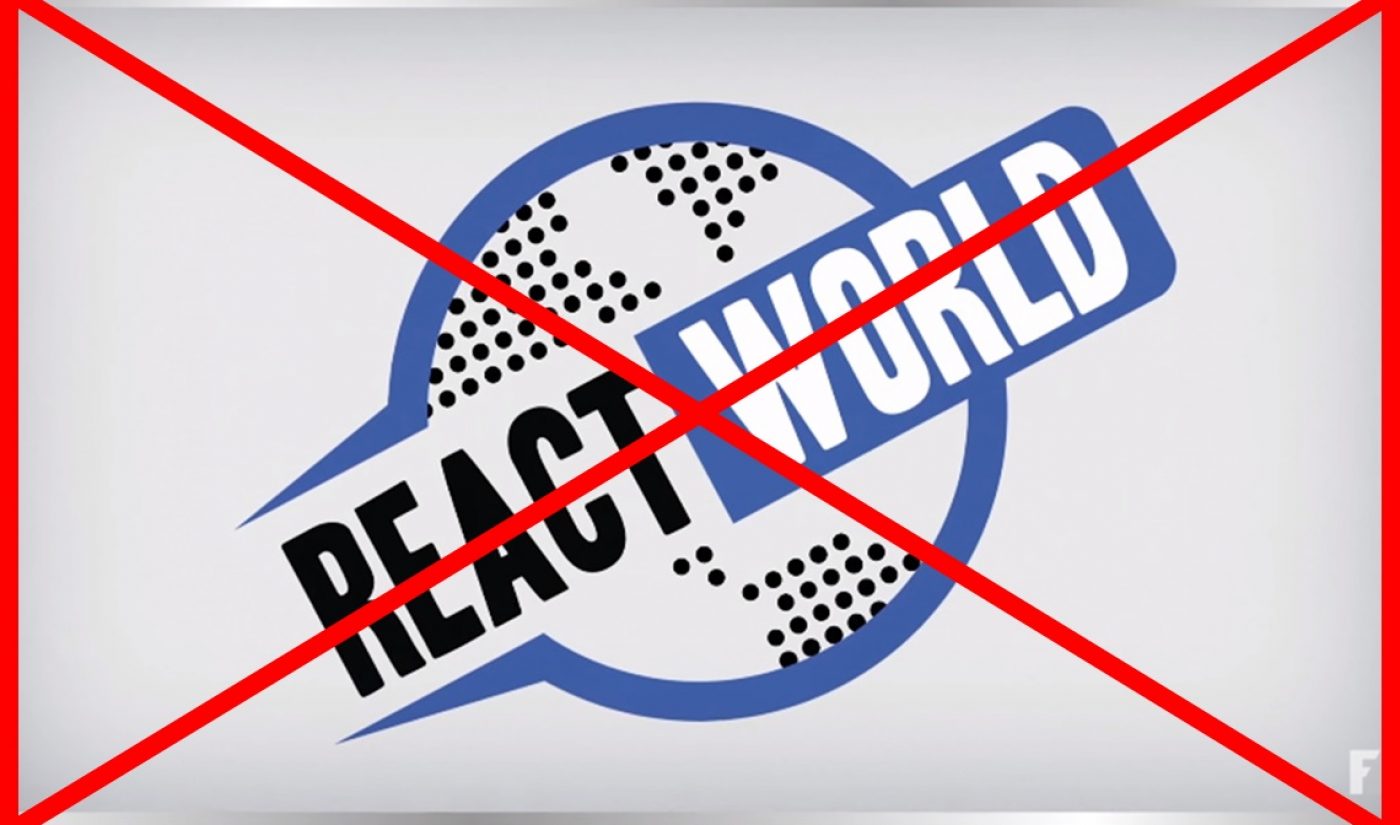 Fine Bros Entertainment (FBE) has answered the massive wave of Internet backlash it previously inspired. The media company run by brothers Benny and Rafi Fine has canceled a planned licensing program called React World, given up the trademarks for its signature React formats, and announced its intention to rescind ContentID claims, all in response to a huge controversy stirred up by Reddit’s /r/videos community.

The decision to cancel React World comes one week after it was announced and several days after it became a hot topic on Reddit and beyond. The Fine Bros’ detractors believed the new program, which would have allowed international creators to license FBE’s reaction-based trademarks, marked an attempt to monopolize the reaction genre itself, even though such videos are protected under fair use.

As a result of the controversy, FBE found its videos harried by dislikes and its subscriber count dropping. From within the YouTube community, several well-liked and revered creators, including educator CGP Grey and FilmCow creator Jason Steele, attacked React World with inflammatory videos.

The intensity of the situation has led FBE to launch drastic damage control measures. In a blog post published on Medium, Benny and Rafi Fine apologized for the firestorm they created and vowed to do better in the future. “The concerns people have about React World are understandable, and that people see a link between that and our past video takedowns, but those were mistakes from an earlier time,” they wrote. “It makes perfect sense for people to distrust our motives here, but we are confident that our actions will speak louder than these words moving forward.”

FBE’s decision to rescind its trademarks and ContentID claims is a big step. Say what you will about React World and the Fines’ active policing of react videos, but they are still entitled to protect the specific formats they created and prevent other uploaders from profiting off their work. By giving up those protections, FBE is showing real contrition and displaying a willingness to put the appeasement of the online video community ahead of its bottom line.

The Reddit users who launched the anti-Fine Bros crusade have begun patting themselves on the back, and their ability to bring about change is certainly impressive and deserving of recognition. At the same time, the React World program seems like an unintended casualty of this mess. As I wrote yesterday, React World itself wasn’t really the problem; it was, more accurately, a wake-up call after years of unjust copyright policing from FBE and partner network Fullscreen. Perhaps, in some more limited form, an international community like React World will be able to pop up again in the future. Should that happen, Benny and Rafi will need to be careful with their rhetoric, cautious with their takedown notices, and, above all, honest with their viewers.