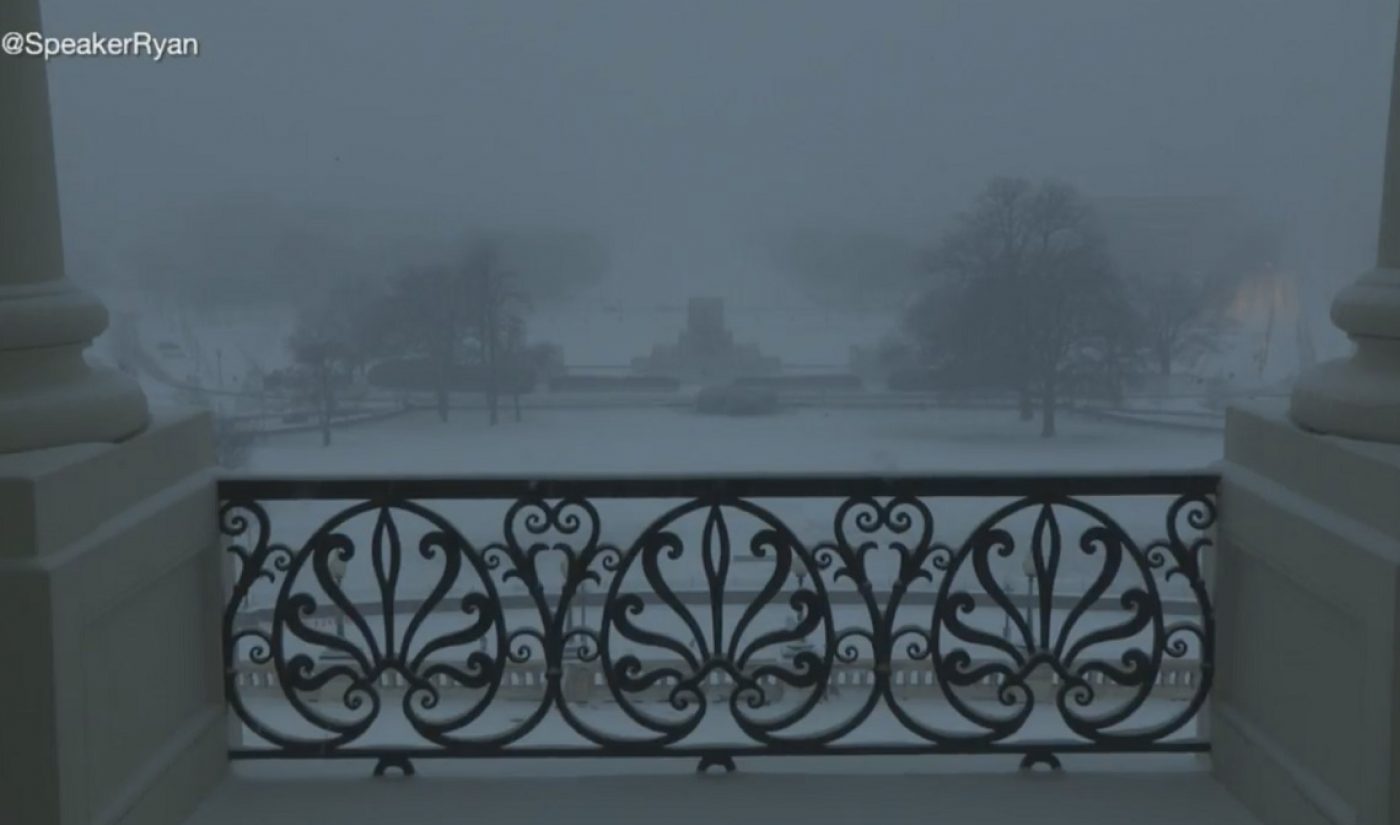 Winter Storm Jonas is currently shutting down businesses, flights, and homes all across the East Coast. If you’re lucky enough to not be dealing with the blizzard, but you’re still curious to check it out, House Speaker Paul Ryan can help you out with his “Snowfall at the Capitol” live stream.

Ryan started his live stream of the raging East Coast blizzard on January 22, 2016. The House Speaker set up his camera to face directly out his balcony at the U.S. Capitol, so viewers get a good look at the heavy grey cover D.C. is currently dealing with. The live stream audience also occasionally gets a glimpse of a bundled-up passerby or a snow plow unsuccessfully trying to get rid of some of the frozen precipitation.

But the most compelling aspect of Ryan’s live stream is the funky, upbeat music the Speaker chose to play over the video. YouTube users in the chat’s live stream continuously commented on the soundtrack, requesting the Speaker release a list of the song selection. Some even tried to use music-recognition app Shazam to identify each track, while other helpful users found the name of songs and shared with fellow viewers. Overall, YouTube users seem to be enjoying Speaker Ryan’s unconventional snowstorm broadcast, with one user even calling it “the equivalent of a hipster Yule log.” There’s no word on how long Ryan’s live stream will be up, so enjoy the view and vibes while you can.