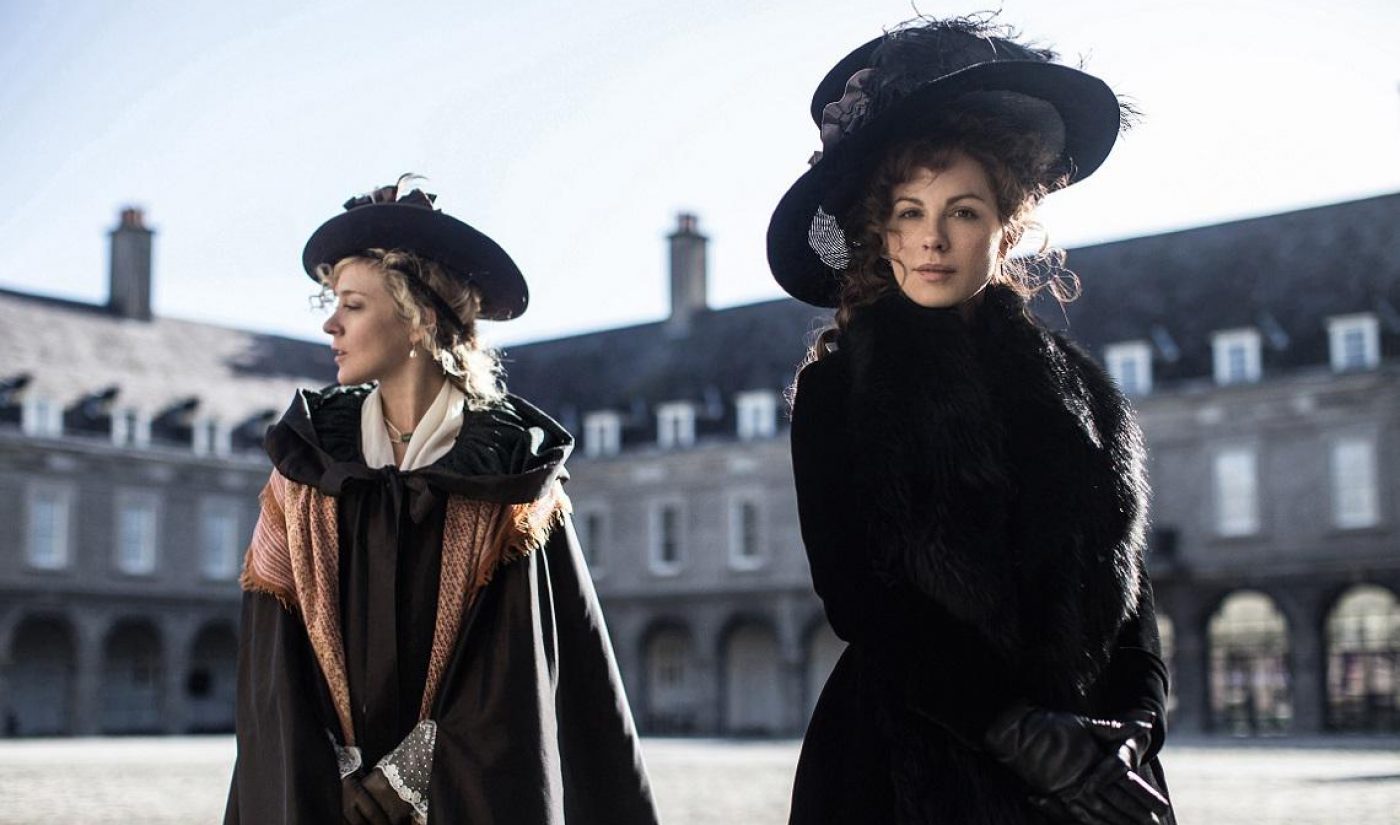 Amazon will soon have a new period title to add to its library. The streaming video branch of the e-commerce giant has partnered with Roadside Attractions to distribute the film Love and Friendship.

Directed by Whit Stillman, Love and Friendship is the adaptation of an unpublished Jane Austen novella called Lady Susan. Set in the 1790s, the comedy film tells the story of Lady Susan Vernon (played by Kate Beckinsale), who retreats to her in-laws’ estate to wait out the rumors of her questionable behavior among polite society and to secure a new husband for herself and her daughter (Chloe Sevigny). Love and Friendship, which premieres at the Sundance Film Festival on January 23, 2016, co-stars Xavier Samuel, Emma Greenwell, and Stephen Fry.

Amazon was working to obtain North American streaming rights to Love and Friendship back in August 2015. Deadline exclusively reports the deal has now come to fruition, with Roadside Attractions releasing the period film in domestic theaters before it arrives on Amazon Prime Instant Video. This is not the first time Roadside and Amazon have teamed up for a production; the two studios also teamed up for the streaming and theatrical release of Spike Lee’s Chi-raq in December 2015.

No release date has been announced as of yet for Love and Friendship.