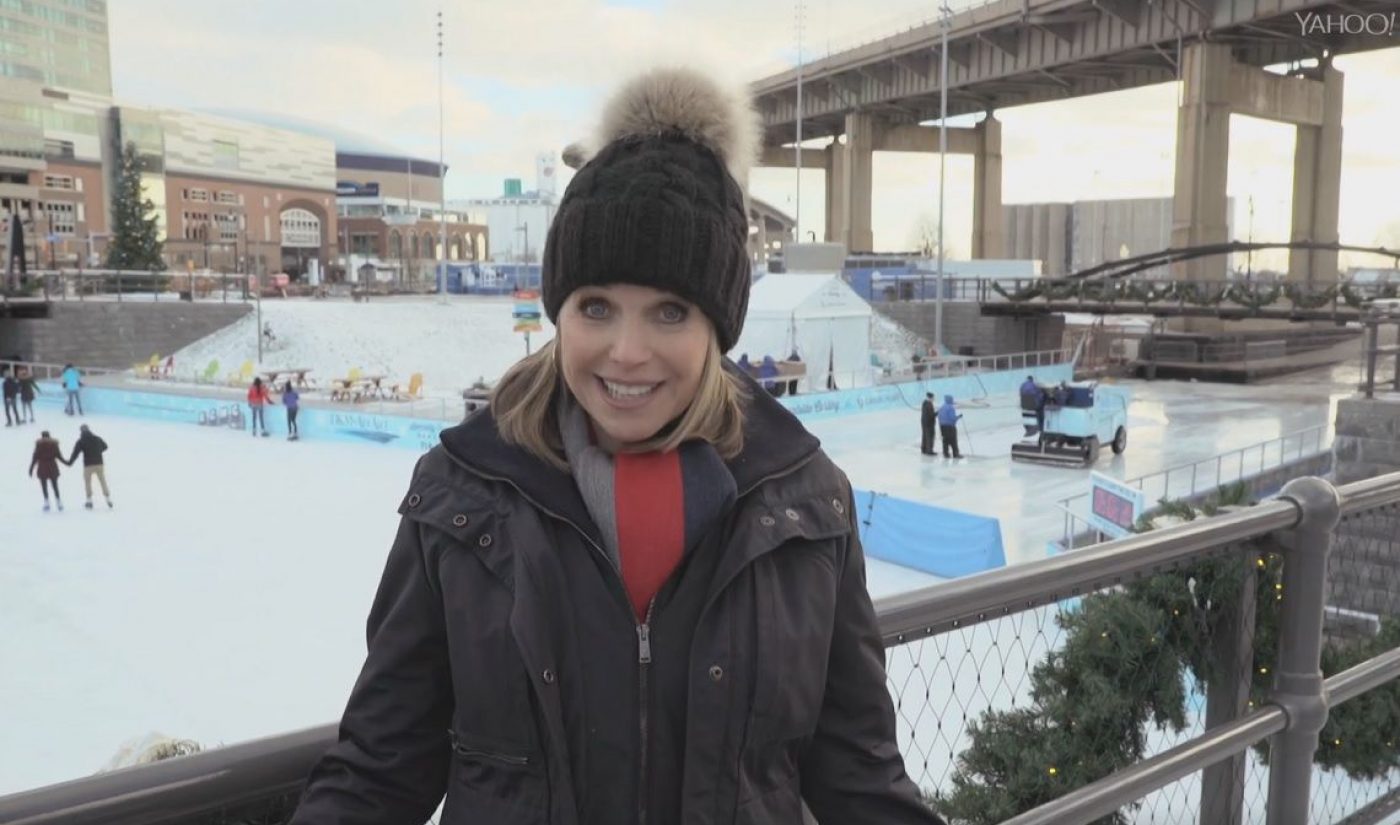 Yahoo is taking a look at how American cities are improving through a new video series with a prominent personality. The digital media publisher has launched Cities Rising: Rebuilding America, hosted by Yahoo Global News Anchor Katie Couric and sponsored by tax preparation company H&R Block.

Cities Rising: Rebuilding America finds Couric investigating how different cities across America are reinventing themselves, improving their communities, and making positive changes in their area. Over the course of six episodes, Couric will visit Buffalo, NY; New Orleans, LA; Oakland, CA; Houston, TX; Pittsburgh, PA; and Detroit, MI. In addition to running video and display ads on Yahoo, H&R Block will run a branded video clip at the end of each Cities Rising episode to help viewers understand various tax topics like where to file and when to expect a return.

“I’m excited to have a chance to focus on what’s working and positive in the country right now, and it’s starting in many American cities that are finding new ways to reinvent themselves,” said Couric in a release. “Everyday people with big ideas are getting their communities back to work and thriving again, and we’re telling their stories with support from our sponsor H&R Block.”

“The combination of a news leader like Katie Couric, a compelling narrative, and Yahoo’s extensive audience made the sponsorship of this new series an easy choice,” added Kathy Collins, Chief Marketing Officer at H&R Block. “This is another aspect of our overall efforts to reach consumers and tell them about our great services and products, especially at this time of year when the tax season is just kicking off.”

Yahoo’s new Couric-hosted series is one of the brand’s first video initiatives since the closure of Yahoo Screen in early January 2016. Yahoo scrapped several original projects over the last few months before officially shutting down its struggling video hub. Yahoo originals previously launched on Screen now live alongside related Yahoo properties and magazines.

You can catch new episodes of Cities Rising: Rebuilding America (and bonus related clips) every week on by visiting yahoo.com/cities-rising.