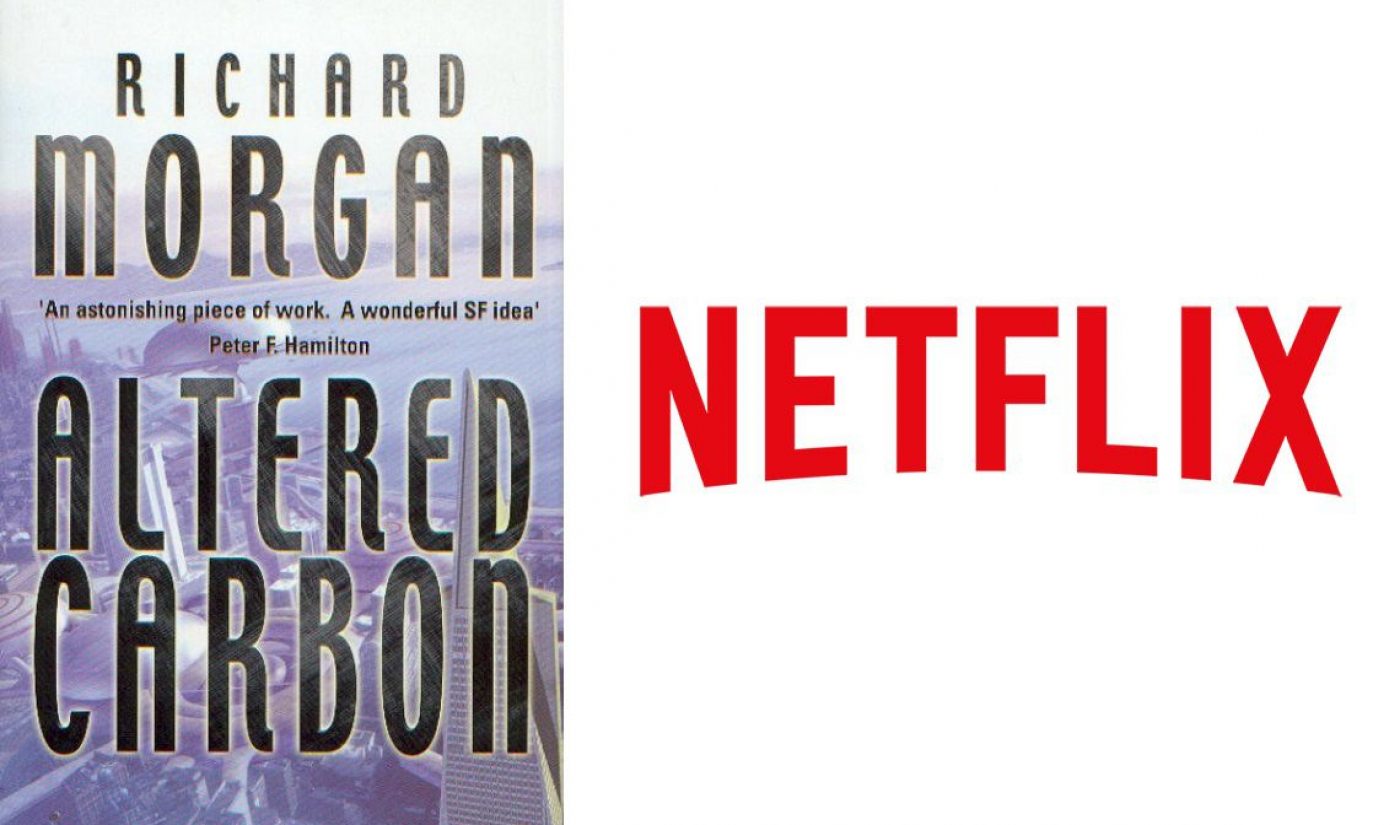 Netflix’s Altered Carbon series is based on Richard Morgan’s titular 2002 cyberpunk sci-fi novel, which won the Philip K. Dick Award for best novel in 2003. Set in the 25th century, the book and upcoming Netflix show introduce audiences to a world where human personalities are digitized and can transfer from one body to the next or be saved as backups. The protagonist, a former elite warrior named Takeshi Kovacs, inhabits the body of a San Francisco-based policeman to investigate the possible murder of a man named Laurens Bancroft, whose backup was destroyed in what others believe was an attempted suicide.

“Altered Carbon is one of the most seminal pieces of post-cyberpunk hard science fiction out there — a dark, complex noir story that challenges our ideas of what it means to be human when all information becomes encodable, including the human mind,” Kalogridis said after acquiring rights to Morgan’s novel, according to a report from Deadline.

No casting information or release date has been announced as of yet for Altered Carbon.