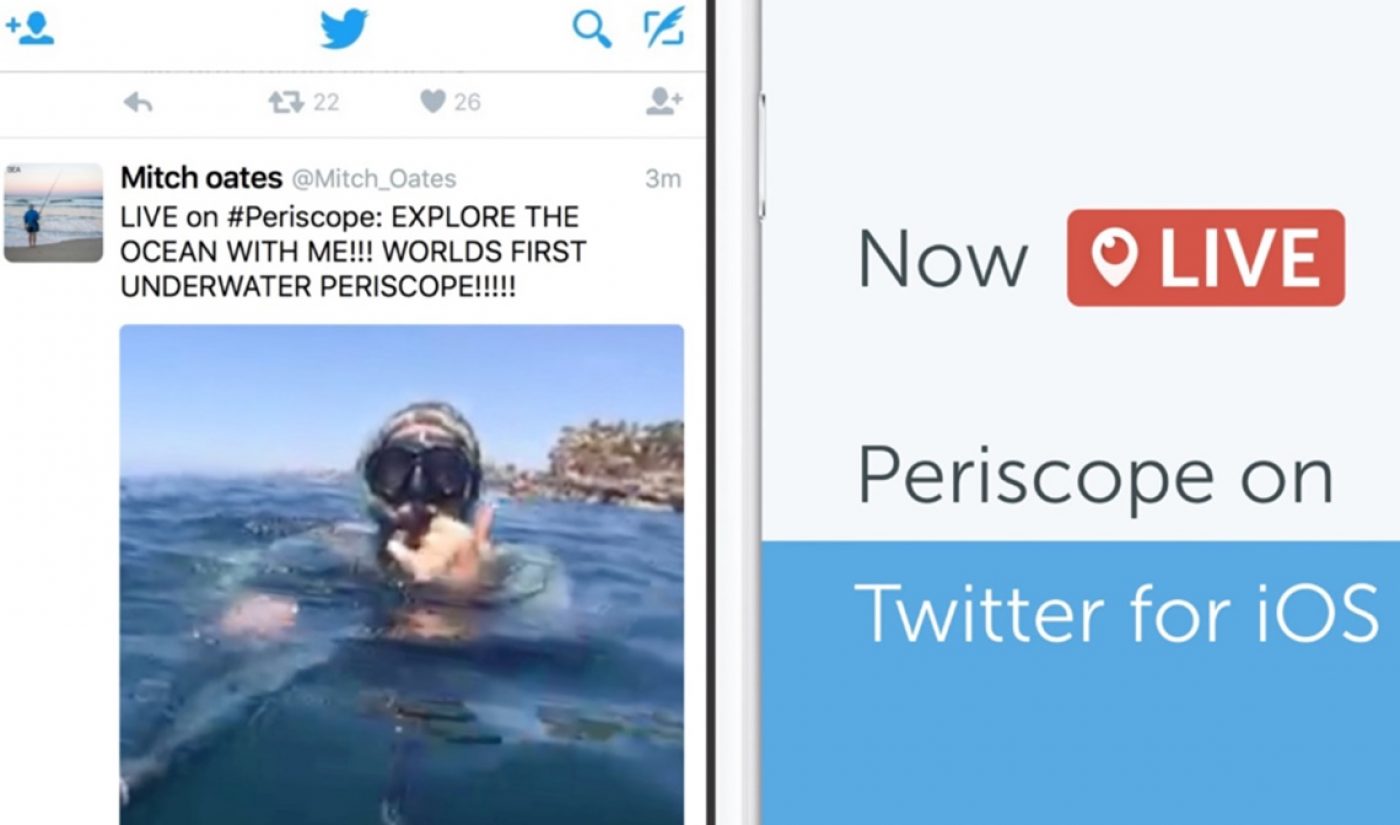 Live-streaming app Periscope is looking to build up its user base, and its parent company is giving it a big hand with that goal. Twitter has announced its plan to integrate Periscope feeds into its timeline, thus allowing the former service’s users to watch the latter service’s streams without creating a separate account.

As Twitter users scroll through their feeds, they’ll now see live streaming content mixed in with other social media updates. This change will greatly benefit Periscope, which has gained a lot of media attention but has not matched that industry enthusiasm with a similar amount of mainstream attention. Back in August 2015, Twitter said Periscope had 10 million users, though Recode noted that those users are not necessarily active. By allowing its users to experience Periscope without requiring them to download the app, Twitter can get a lot more eyeballs on its live-streaming service.

Twitter’s strategy with Periscope harkens back to the one it employed for Vine, its six-second video capture app. Twitter enabled users to embed Vines shortly after the app’s launch, and it is no stretch to say that the visibility Vine gained from its presence on Twitter was instrumental in its rapid growth.

For many marketers, Periscope is rapidly replacing Vine, with the latter app’s lack of ads seen as a major drawback. While Periscope doesn’t have ads yet, its integration in Twitter feeds would make that transition much smoother. Variety suggests that a monetizable Periscope could be on the horizon, so we’ll pay attention to see if we catch any pre-stream ads in the near future.