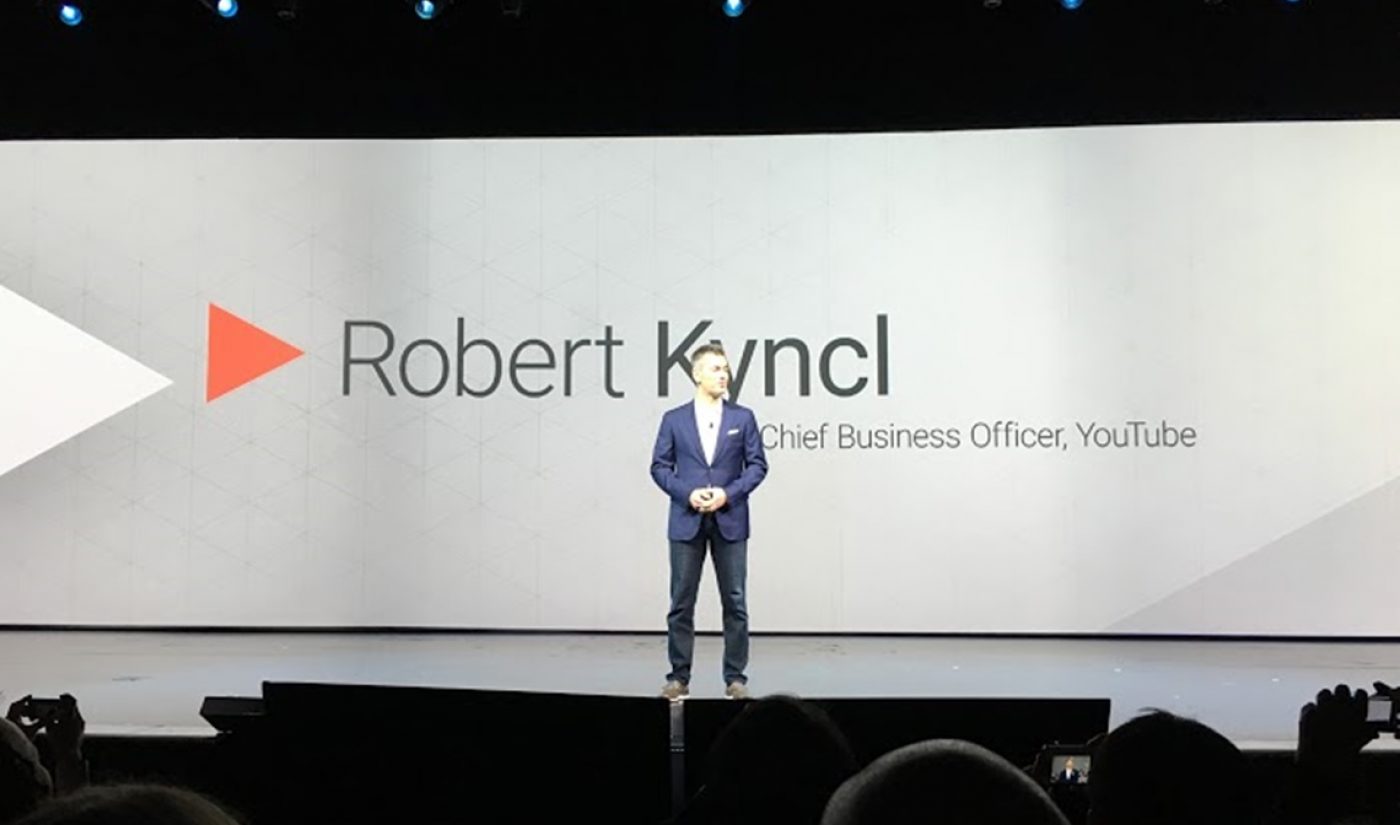 At CES, YouTube chief business officer Robert Kyncl reminded attendees that he and his company are extremely bullish about the growth of the their industry. During a keynote address, Kyncl shared a bevy of statistics pertaining to the changing habits of online video viewers. Among other numbers, Kyncl noted that the average web video viewer now watches 75 minutes of digital content per day, up 60% year-over-year.

For Kyncl, the rise of the average web video viewer’s watch time backs up a claim he first made in 2012. When he addressed the CES crowd that year, he predicted that web video viewership would make up 60% of all video consumption by 2020, and he is “doubling down” on his forecast. As Kyncl sees it, the steady decline of TV viewership will catalyze further growth online. “I don’t think it will grow linearly, I think it’ll grow exponentially,” he said of his industry.

In Kyncl’s mind, 2020 won’t just be the year the Internet overtakes TV–it will also be the year when online video viewership will grow to encompass 90% of all Internet traffic. Right now, according to Sandvine, “real-time entertainment” makes up more than 70% of all downstream North American Internet traffic during peak hours, with YouTube and Netflix claiming 55% of all traffic on their own.

Whenever the Internet does overtake TV as the world’s primary video medium, Kyncl believes YouTube will be a big part of the mix. He discussed several of the site’s recent efforts, such as the launch of YouTube Red and the increased adoption of VR formats, as significant parts of its appeal. “Digital video is diverse,” Kyncl said. “That doesn’t mean there won’t be blockbusters and bestsellers. But fewer people will have the same favorite title and author.”