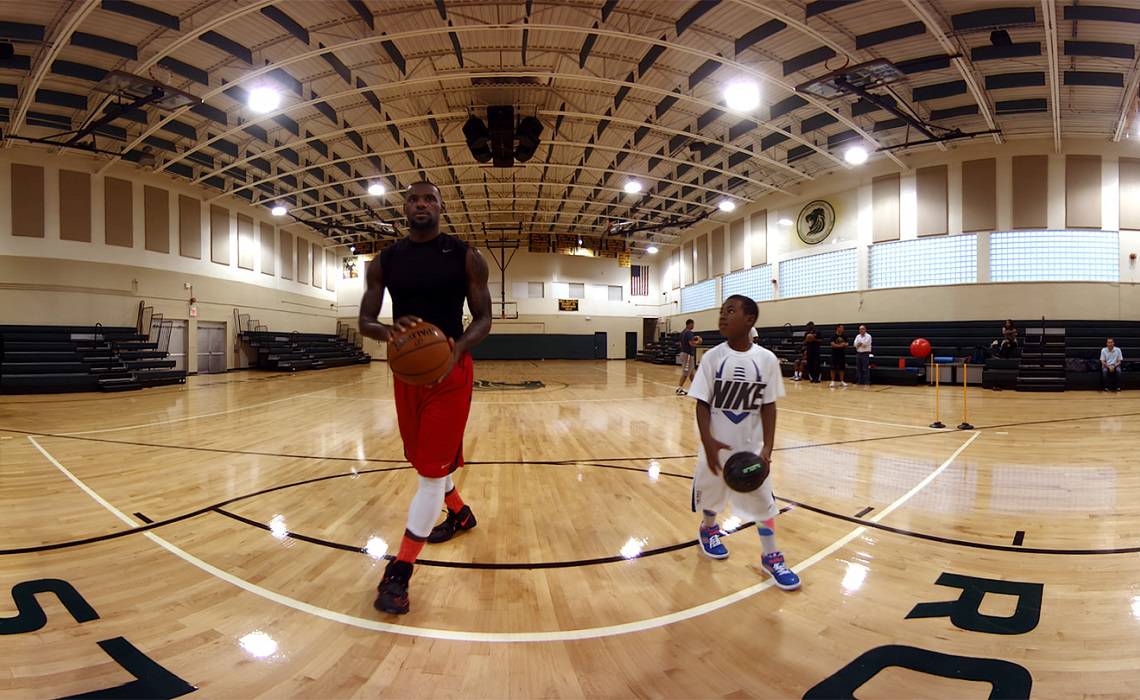 The 12-minute Striving for Greatness documentary follows James during training sessions for his 13th NBA season and provides interviews with the NBA player and his trainers. Developed by Oculus Studios, the documentary was produced by VR company Felix & Paul Studios alongside Uninterrupted, the sports lifestyle multimedia production company and network co-founded by James and Maverick Carter in early 2015. Uninterrupted originally launched portions of the documentary on its Facebook page earlier this year as part of that site’s 360-degree video efforts.

Posted by UNINTERRUPTED on Thursday, 29 October 2015

Virtual reality experiences have started to make an appearance in the online video world over the last year. In January, Vice announced Spike Jonze would direct the media company’s first-ever virtual reality program. Then in July, former Pixar animator Ramiro Lopez Dau created the short film Henry for the Facebook-owned Oculus Rift to experiment with character creation and development in a VR setting. And in the fall, Hulu revealed plans for its own VR app and selection of VR movies.

Samsung Gear VR owners can download Striving for Greatness from the Oculus store or watch the documentary through Samsung’s Milk VR app.