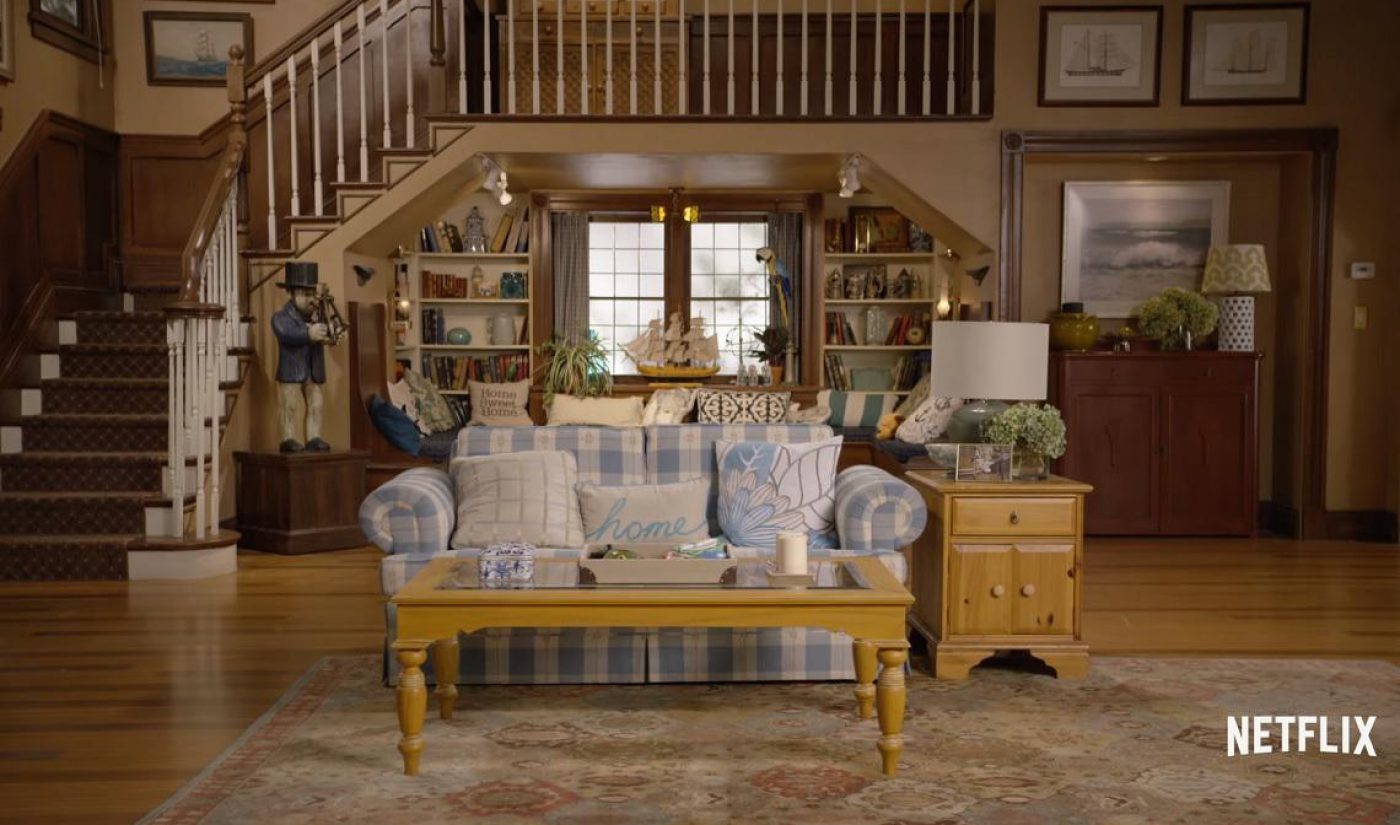 Internet users have proven their interest in one of Netflix’s upcoming originals. The trailer for Fuller House, Netflix’s revival of the late ‘80s through early ‘90s ABC show Full House, has just become the most-watched trailer for any of the streaming platform’s original series.

Netflix, which confirmed its production of Fuller House in April 2015, released the upcoming original series’ teaser just five days ago on December 17, 2015. The clip takes viewers back to the show’s iconic Tanner home in San Francisco. In the course of a minute and 15 seconds, the Fuller House teaser provides wide, panning, interior shots of the Victorian establishment’s nearly-untouched kitchen and living room to help fans fondly remember on their days of watching the original ABC series.

That sense of nostalgia apparently struck a chord with internet users, who have collectively watched the Fuller House teaser more than 10.3 million times on Netflix’s U.S. and Canada YouTube channel alone. The teaser beat out Netflix’s previously most-watched trailer, which was Orange Is the New Black’s season two promo (that clip has a total of 9.5 million views since it was uploaded in April 2014. On Facebook, the Fuller House teaser trailer also managed to pull in over 630,000 views, almost 11,000 likes, and more than 18,000 shares.

Fuller House debuts for Netflix subscribers on February 26, 2015. Until then, we’re curious to see how many more views the show’s teaser, future official trailers, and fun extra promos (like this recently-released one) might get.