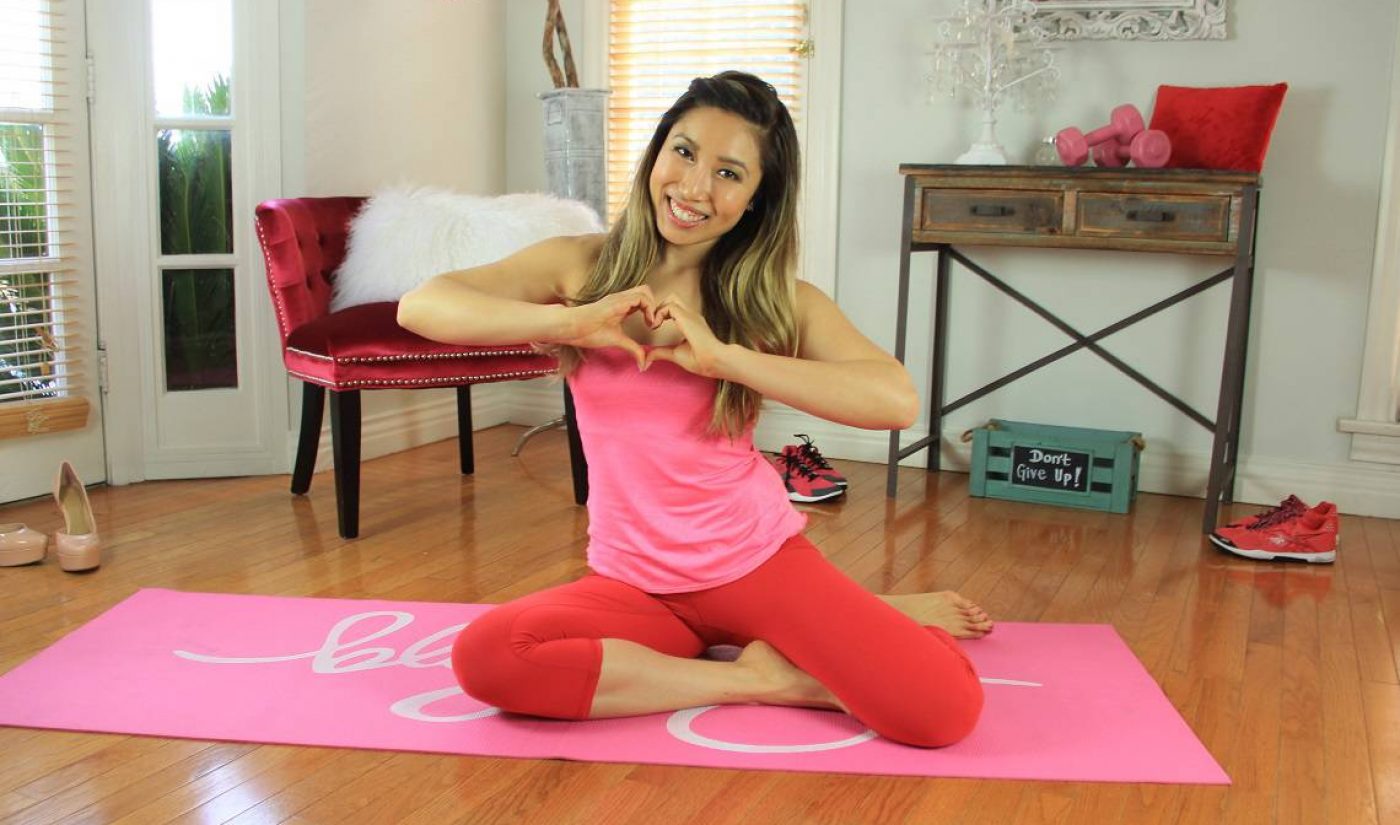 Cassey Ho is already a well-known personality on YouTube, where she teaches fitness and workout videos to more than 2.6 million subscribers on her channel Blogilates. Now, readers of Health Magazine will become familiar with Ho, as well (if they aren’t already). The 28-year-old vlogger is featured on the cover of Health’s January/February issue, due out on Christmas Day 2015.

Ho, who’s also a serial entrepreneur and founder of brands like Pop Pilates and Bodypop, unsurprisingly looks fit and powerful on the cover of Health. But in an interview for the magazine’s winter issue, Ho reveals how she must constantly deal with the pressure to look good simply based on her choice of career and her constant video shoots. This pressure came to a head in April 2015, when the vlogger responded to body-shamers with a video in which she photoshops her body to perfection, but ends up disappointed with the fake results.

Ho told Health her appearance often overshadows her ten years of teaching experience and the thousands of lives she’s touched. “I feel the pressure to look a certain way every single day,” Ho explained. “And I get it – I am a fitness instructor. But there are some people who think that because I don’t have six-pack abs, I am not a great instructor.” Despite these social expectations, Ho isn’t afraid to treat herself to unhealthy foods every so often, like French toast sticks topped with a scoop of vanilla ice cream. The fitness vlogger told Health she doesn’t consider these decisions “cheating,” a term which carries negative connotations and can make a person feel bad about breaking their diet and workout routines. Instead, Ho said she follows the “YOLO” philosophy when she feels the urge to splurge.

Ho also suggests comparing yourself to other people is the worst thing you can do, especially when you only look to those who post “perfect” fitness shots on social media. “You should only compare yourself with who you were yesterday and try to be stronger than that,” Ho said. “If you are trying to be someone else, you have already lost yourself. Plus, on Instagram, people post the perfect portfolio of their life; it’s not real. I don’t post myself crying or stuffing my face with burritos.”

You can read more of Ho’s interview on people.com. The physical copy of Health’s issue with Ho’s cover and interview will arrive on newsstands on December 25.