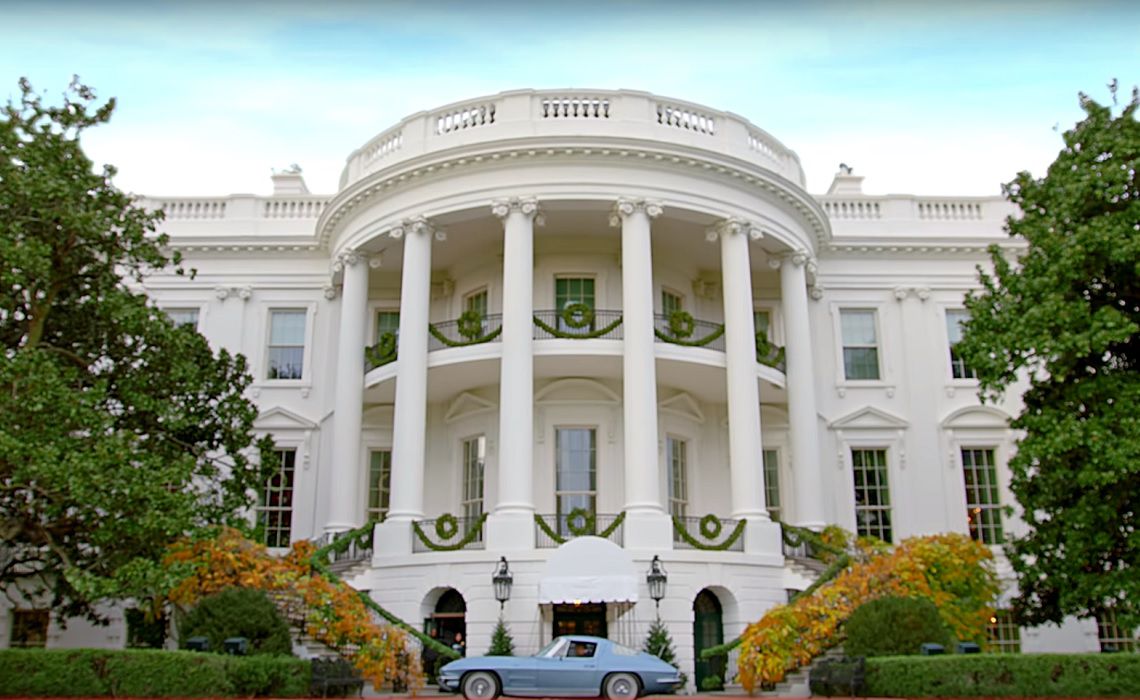 Over the course of six seasons, Jerry Seinfeld has hosted an impressive list of prominent celebrities and iconic figures on Crackle’s web series Comedians in Cars Getting Coffee (including YouTube’s very own Miranda Sings). Now, Seinfeld will have the honor of talking to none other than the President of the United States Barack Obama in the first episode of season seven of Comedians in Cars Getting Coffee.

Crackle announced POTUS will appear on its Seinfeld-hosted web series on December 30, 2015 as the show’s first political-centric guest (as well as the first guest whose primary job isn’t comedy, as well as the first guest who’s the Leader of the Free World). The upcoming season seven episode of Comedians in Cars Getting Coffee was filmed at the White House in early December. In the episode, Obama and Seinfeld drive around in a 1963 Corvette Stingray and then chat about presidential life and duties over coffee.

“Growing up in the ’60s my kid dream was always to be an astronaut — doing a comedy show with President Obama in and around the White House felt like going into space,” Seinfeld said, according to Variety. “‘How did I get here?’ ‘Is this really happening?’ The president’s humor and generosity are the only reasons this was even possible. He was so easy and fun to be with. Being president and just a cool guy to hang out with at the same time made the experience my own personal moonwalk. It was an unforgettable day.”

“Like everything else Jerry Seinfeld does, he has managed to break records with Comedians in Cars Getting Coffee — we’re so proud of this season that we just couldn’t wait until the New Year for people to see it,” added Eric Berger, Crackle’s GM and EVP of Sony Pictures Television Digital Networks.

Crackle also announced the lineup of guests for Comedians in Cars Getting Coffee season seven. In addition to Obama, the new episodes will feature Steve Martin, Will Ferrell, Garry Shandling, Kathleen Madigan, and Sebastian Maniscalco. The seventh season of Comedians will boast six episodes in total.

You can catch the Comedians in Cars Getting Coffee episode with President Obama when it drops on December 30 on Crackle. New episodes will stream every Wednesday night.