The Teaser Trailer For Netflix’s ‘Fuller House’ Is Here 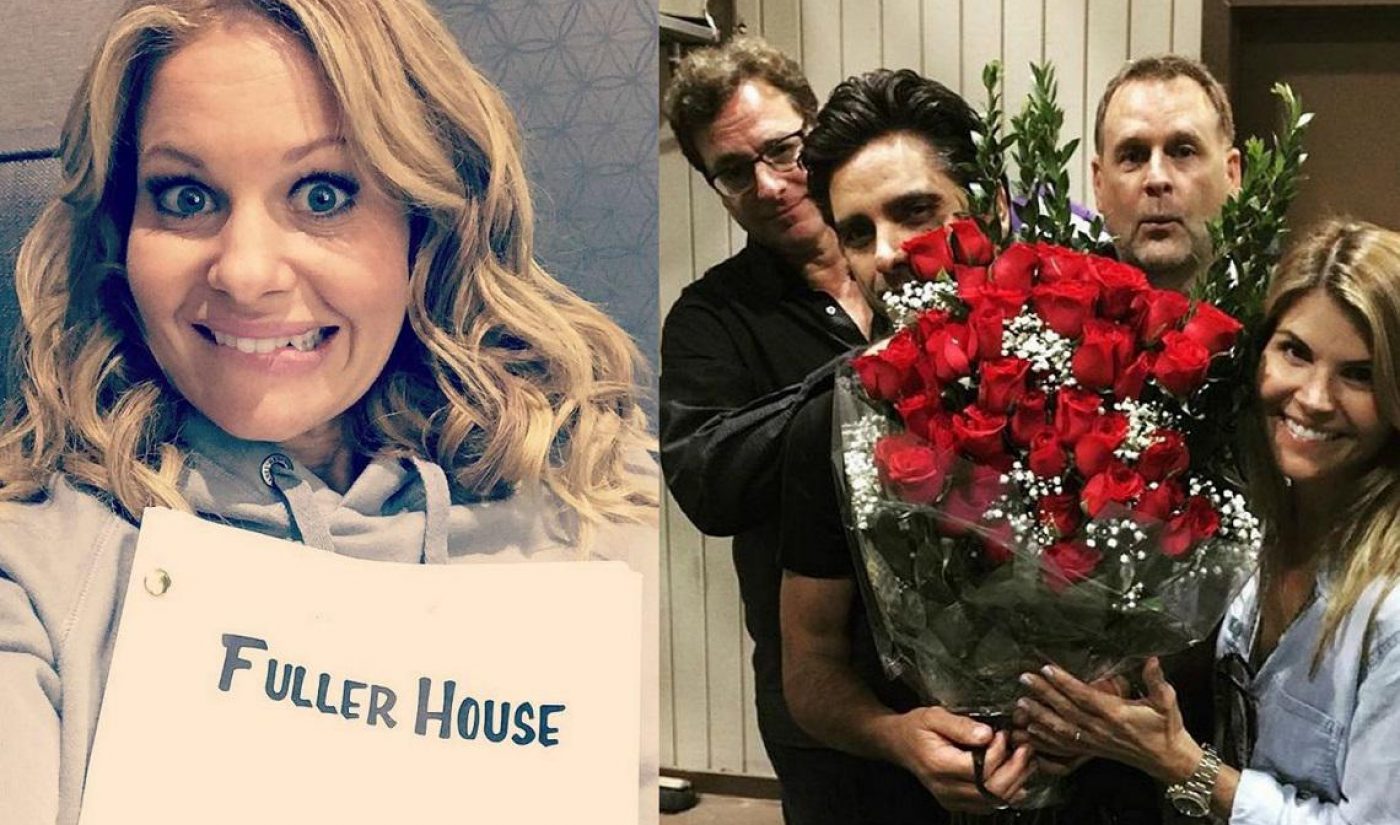 Netflix is ready to introduce Fuller House to the world. The streaming platform’s reboot of ABC’s classic TV show Full House, which ran from 1987 to 1995, has an official release date of February 26, 2016. And to get subscribers excited about the upcoming premiere, Netflix dropped a teaser trailer for Fuller House, sure to bring back plenty of memories for those who grew up with the original series.

The Fuller House teaser relies heavily on nostalgia as it opens with a view of the Golden Gate bridge and various shots of the famous Tanner house near Alamo Square in San Francisco. The one-minute-and-fifteen-second video then takes viewers inside the establishment, which doesn’t appear to have changed at all since the ‘90s. And while the Fuller House teaser doesn’t visually show any of the series’ well-known cast members, viewers can hear characters like D.J. Tanner-Fuller (Candace Cameron-Bure), Kimmy Gibbler (Andrea Barber), and Uncle Jesse (John Stamos) as they approach the front door.

Rumors about Netflix reviving Full House started circulating across the media back in April 2015. Stamos appeared on Jimmy Kimmel Live in the same month to confirm Netflix’s production of Fuller House. Over the next few months, the streaming video service then worked on signing the series’ original stars, including Dave Coulier as Uncle Joey and Jodie Sweetin as D.J.’s sister Stephanie Tanner. As for the world-famous Mary-Kate and Ashley Olsen, who took turns playing the youngest Tanner daughter Michelle, Netflix CCO Ted Sarandos noted in July the fashion line owners were debating whether or not to join Fuller House (it was later confirmed the twins wouldn’t be joining the series in the near future).

Fuller House will debut on Netflix on February 26.