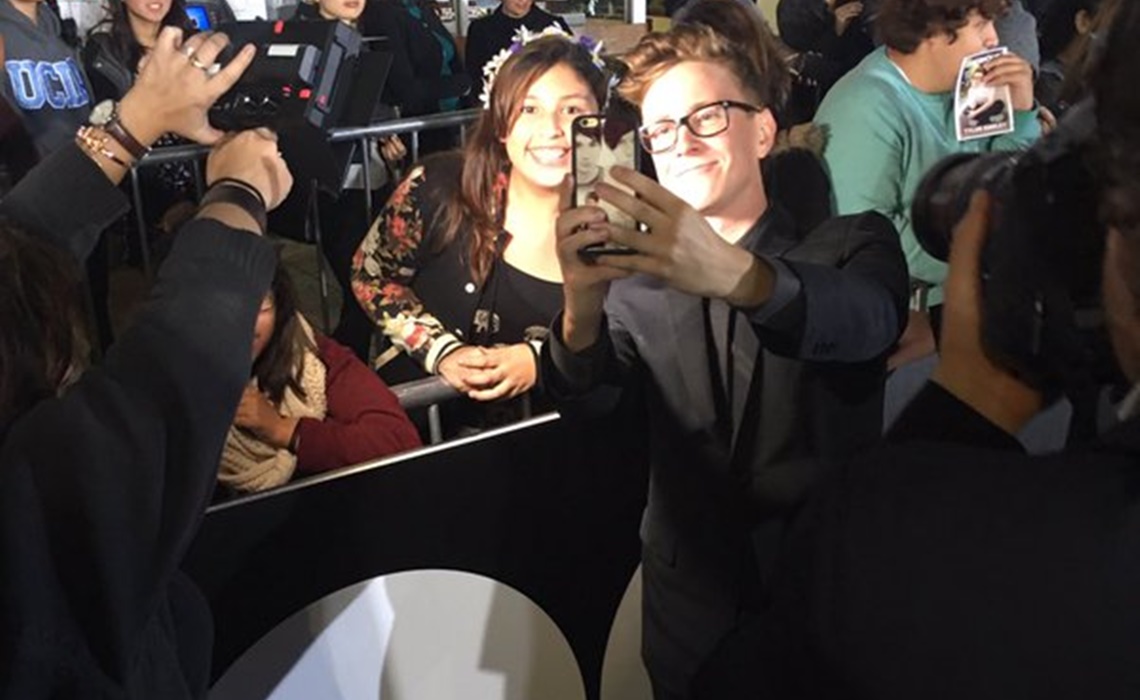 After breaking into podcasting and book publishing, Tyler Oakley is now ready to make his charge into the world of film. The YouTube star is the focal point of Snervous, a documentary that is now available on video on demand (VOD) platforms.

Snervous, which was directed by filmmaker Amy Rice and produced by Awesomeness Films, follows Oakley as he embarks on his 2014 Slumber Party tour. Along the way, we meet his fans, friends, family members, colleagues, and many of the other people who are part of the popular YouTube star’s eccentric life. A trailer for the film, first released in November, gives potential viewers a taste of what to expect.

As Snervous’ release approached, Oakley made sure to set his personal publicity train in motion. He hosted a premiere party for the film at LA’s Bruin Theatre, and a lot of familiar faces from the YouTube community showed up to support their fellow creator. Oakley vlogged about the whole experience in a video he released on his YouTube channel.

Fanfare aside, is Snervous worth watching? For Oakley’s devoted fans, the answer is surely yes, though some publications that have seen the film were unsure of its general appeal. The LA Times called Snervous, “part of the phenomenon, not an examination of it,” while The Hollywood Reporter termed it “a valentine for Oakley fans.”

Targeting Snervous to Oakley’s fans is a sound idea; after all, he has more than seven million subscribers on YouTube. If you would like to pick up a copy of the film, you can purchase it from several VOD platforms, including iTunes and Vimeo On Demand.