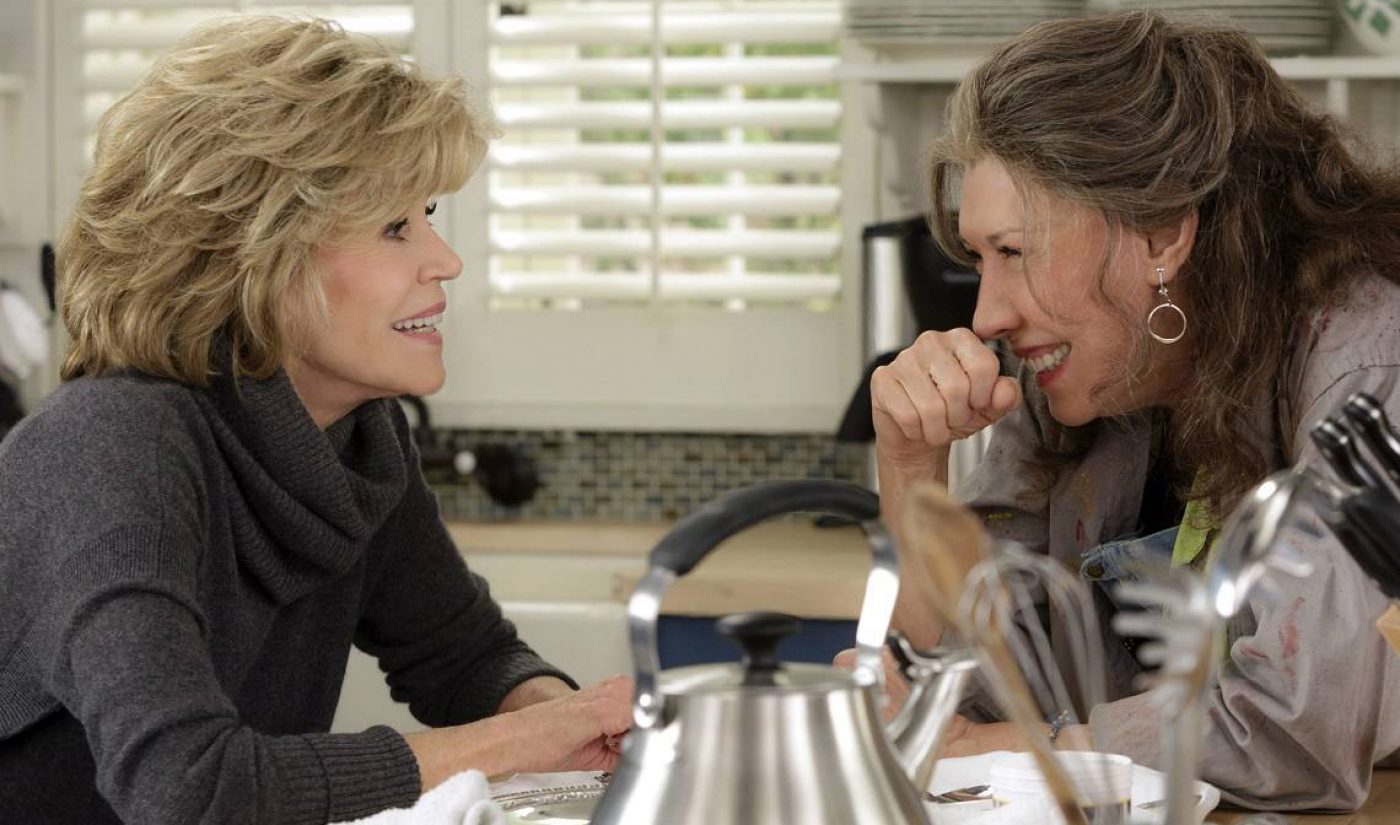 Netflix has complete confidence its subscribers want more episodes of one of its original series. The streaming video service has renewed the comedy Grace and Frankie for a third season.

Netflix has officially given the greenlight to a develop a third season of Grace and Frankie, which stars Lily Tomlin and Jane Fonda as two frenemies who must lean on each other for support after they learn their husbands are gay and want to marry each other. The streaming service could already be working on pre-production for Grace and Frankie season three, even though the show’s second season has yet to debut on Netflix at some point in 2016. The streaming service made the season three announcement via the official Grace and Frankie Twitter account:

Time for celebratory shots. Season 3 of #GraceandFrankie is on its way! pic.twitter.com/0XaBg0oJjF

Netflix originally announced it was co-producing Grace and Frankie alongside Skydance Television in March 2014. Co-created and executive produced by Marta Kauffman (Friends) and Howard J. Morris (Home Improvement), the first season of the comedy series debuted on May 8, 2015. Only two and a half weeks after Grace and Frankie premiered, actress and singer Miley Cyrus tweeted about the show, which helped prompt Netflix to renew the show for a second season.

No release date for the third season of Grace and Frankie has been revealed as of yet.