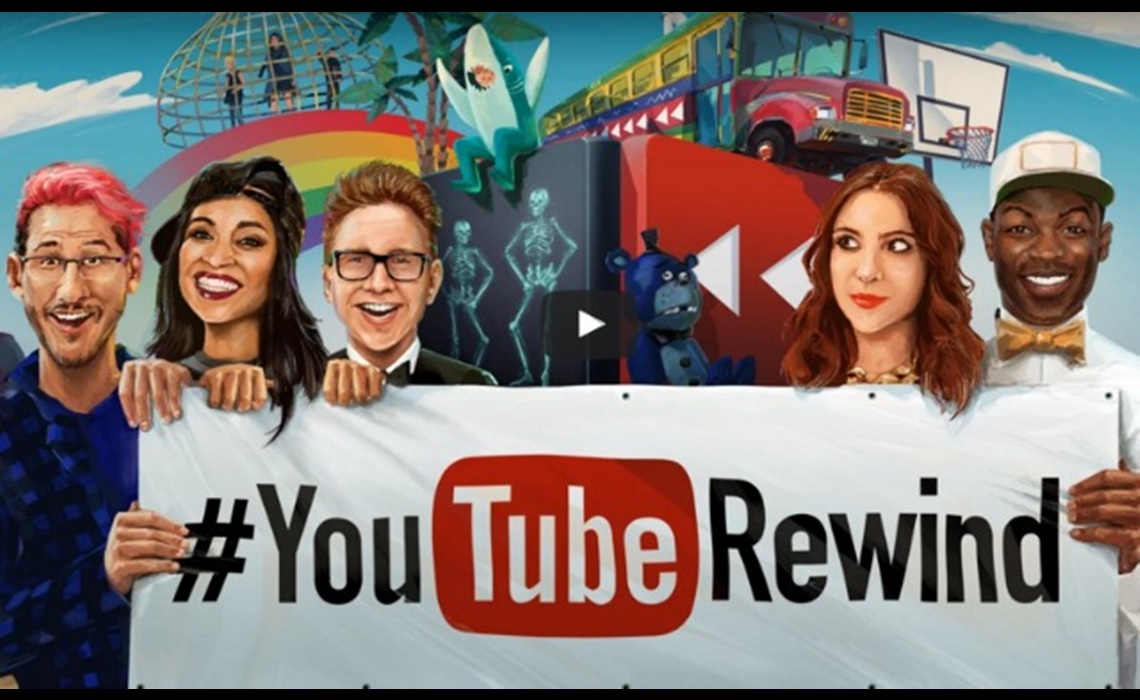 150 Creators Show Up In The 2015 Edition Of YouTube Rewind

Each year, YouTube and Portal A team up to create a music video that looks back at the past 12 months on the world’s most popular video site. These YouTube Rewind videos are typically filled with cameos from dozens of online video stars, and this year’s edition is no different. The 2015 YouTube Rewind, subtitled “Now Watch Me 2015,” features guest appearances from more than 150 content creators.

The 2015 YouTube Rewind features the same basic structure as in years past. Step one: YouTube stars show up en masse. Step two: They reenact various viral videos from the recent past. Step three: In the background, a musical track (which this year was composed by The Hood Internet) mashes together the year’s top musical hits. Step four: The credits roll, and viewers realize all the cameos they missed along the way.

This year, that fourth step is particularly prominent. Recognizing all of the YouTube stars who show up is virtually impossible on the first playthrough, so expect superfans to rewind the Rewind in order to spot their favorite creators; should those fans realize that their favorites didn’t make the cut, expect them to offer up some vociferous complaints in the comments section.

Of course, you don’t have to use the Rewind as an exercise in YouTube trivia. On a macro level, it has some very nice scenes, such as a quick trip back through the ten-year history of YouTube and a multilingual version of Shia Labeouf’s “Just Do It” speech that underscores YouTube’s evolution as a global enterprise.

No matter how many times you choose to watch the Rewind, you can also check out all of the auxiliary content supporting it. A few hours earlier, YouTube shared the top videos of the year across a series of playlists. Check them out over at the official YouTube Rewind landing page.