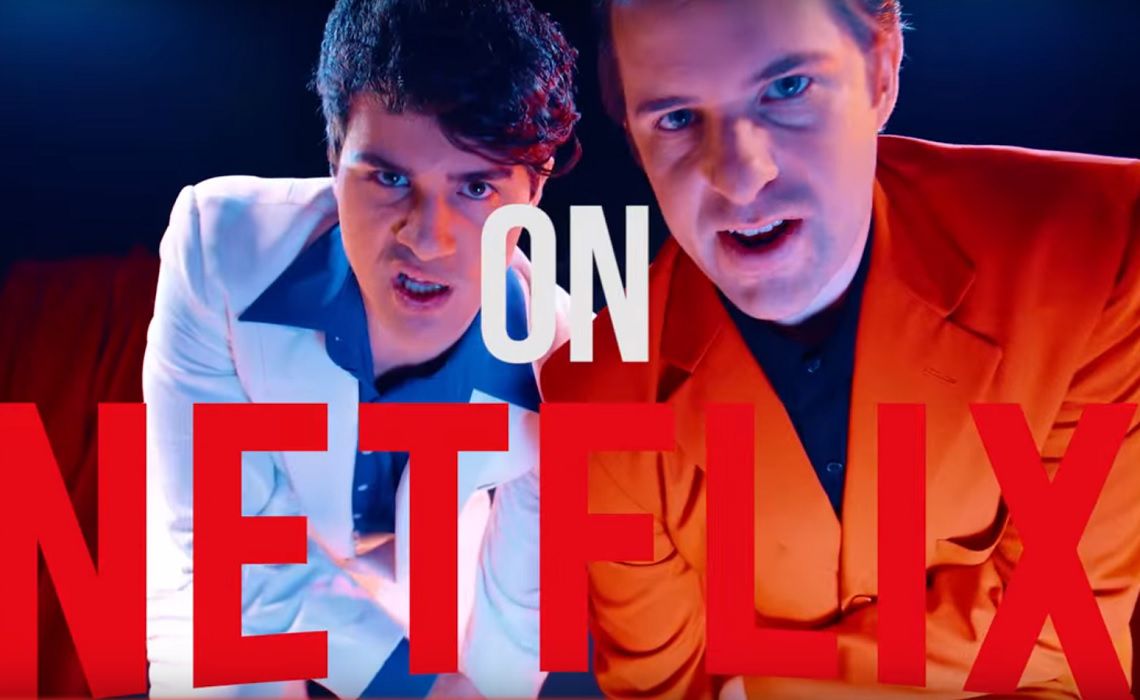 Smosh has given viewers (and listeners) a taste of its upcoming album with a new music video. The long-time YouTube comedy duo, consisting of Ian Hecox and Anthony Padilla, has released the parody song “Netflix Conscience,” a track from their soon-to-be-released album Shut Up! And Listen.

Smosh’s “Netflix Conscience” spoofs the song “Guilty Conscience” from rapper Eminem and fellow musician Dr. Dre. That song is told from the perspective of a man’s conscience as he debates internally whether or not he should rob a liquor store. For their parody, Hecox and Padilla rap as opposing sides of various Netflix users’ consciences. In one scene, the Smosh duo tries to convince an 18-year-old college kid to either binge a show on Netflix or just go to bed and be ready for school in the morning.

“Netflix Conscience” is just one of the songs included on Smosh’s upcoming comedy pop album Shut Up! And Listen. The 16-track album will include four never-before released songs, as well as three remixes of past popular tracks from Smosh, including “Smash Rap,” “The Real Party Song,” and “My Bathroom Disaster.” The entire Shut Up! And Listen album will debut on December 10, 2015 via iTunes, Amazon, Google Play, and Apple Music. Shut Up! And Listen will be Smosh’s fifth release; the YouTube comedy team released The Sweet Sound of Smosh last year just before Christmas, as well.

You can pre-order Shut Up! And Listen for $9.99 by visiting the iTunes Store.