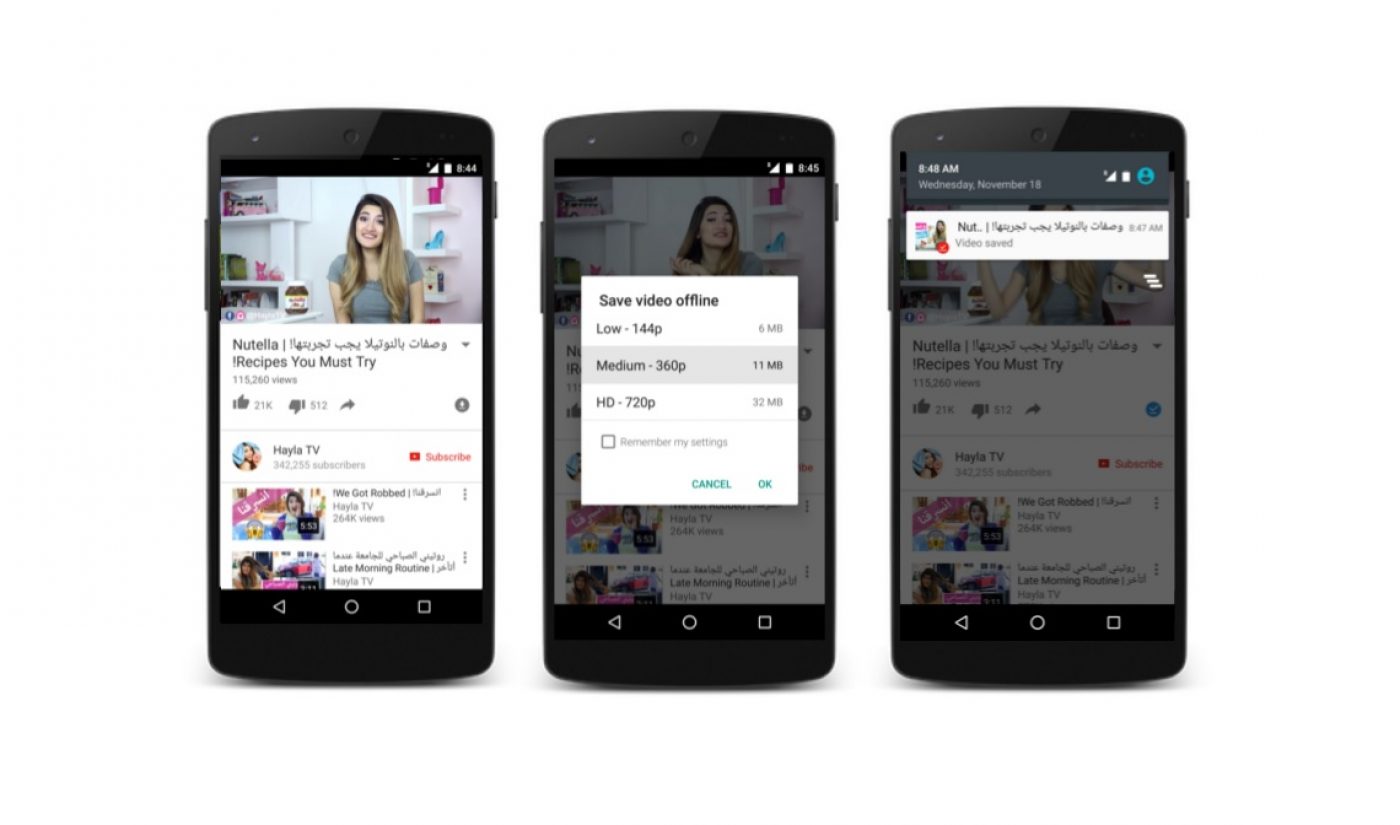 YouTube has a new way for some Middle Eastern viewers to watch videos on the platform. Google’s online video site has officially introduced its long-awaited offline viewing mode in the YouTube mobile app for users in Egypt, Jordan, Libya, Yemen, and Algeria.

According to a company blog post, citizens of these five Middle Eastern countries have increased their smartphone adoption and usage. However, local data providers haven’t been able to keep up with the demand. Plus, the expensive cost of internet in places like Egypt means the less fortunate can’t afford regular internet access (Egyptian Streets reports the average cost of internet in that country is $16.83 USD per megabits per second, as opposed to the global average of $5.58 USD per mbps). As such, YouTube decided to try reducing the speed and data requirements for people “using its platform in places where there are challenges to access.”

YouTube accomplished this task by letting app users in Egypt, Jordan, Libya, Yemen, and Algeria download select popular videos for offline viewing during times where internet connectivity is limited or non-existent. All users in these countries have to do is tap the “offline” icon on videos where the feature is available. Then, YouTube app users can watch their saved videos for up to 48 hours later. Music videos, however, are apparently excluded from offline viewing.

“Starting today, the majority of YouTube videos in Egypt, Algeria, Jordan, Libya and Yemen will become available for people to view offline, from popular talk shows to local comedy,” wrote YouTube Product Manager Matthew Darby. “Making these popular videos available for offline playback will help people move past the challenges of data connection, speed and cost to enjoy a smooth, buffer-free version of their favorite content.”

YouTube’s offline feature was announced over two years ago in September 2013. Since then, Google’s online video site has slowly been rolling out the save-for-later mode on its mobile app for different regions around the world. YouTube hinted at offline viewing capabilities in an August 2014 Google Play screenshot. A month later, the online video site introduced offline viewing via its app in India, as well as in the Philippines and Indonesia. And, of course, YouTube’s new subscription service will have an offline viewing feature, too.

You can read more about YouTube’s offline capabilities on YouTube’s support page.