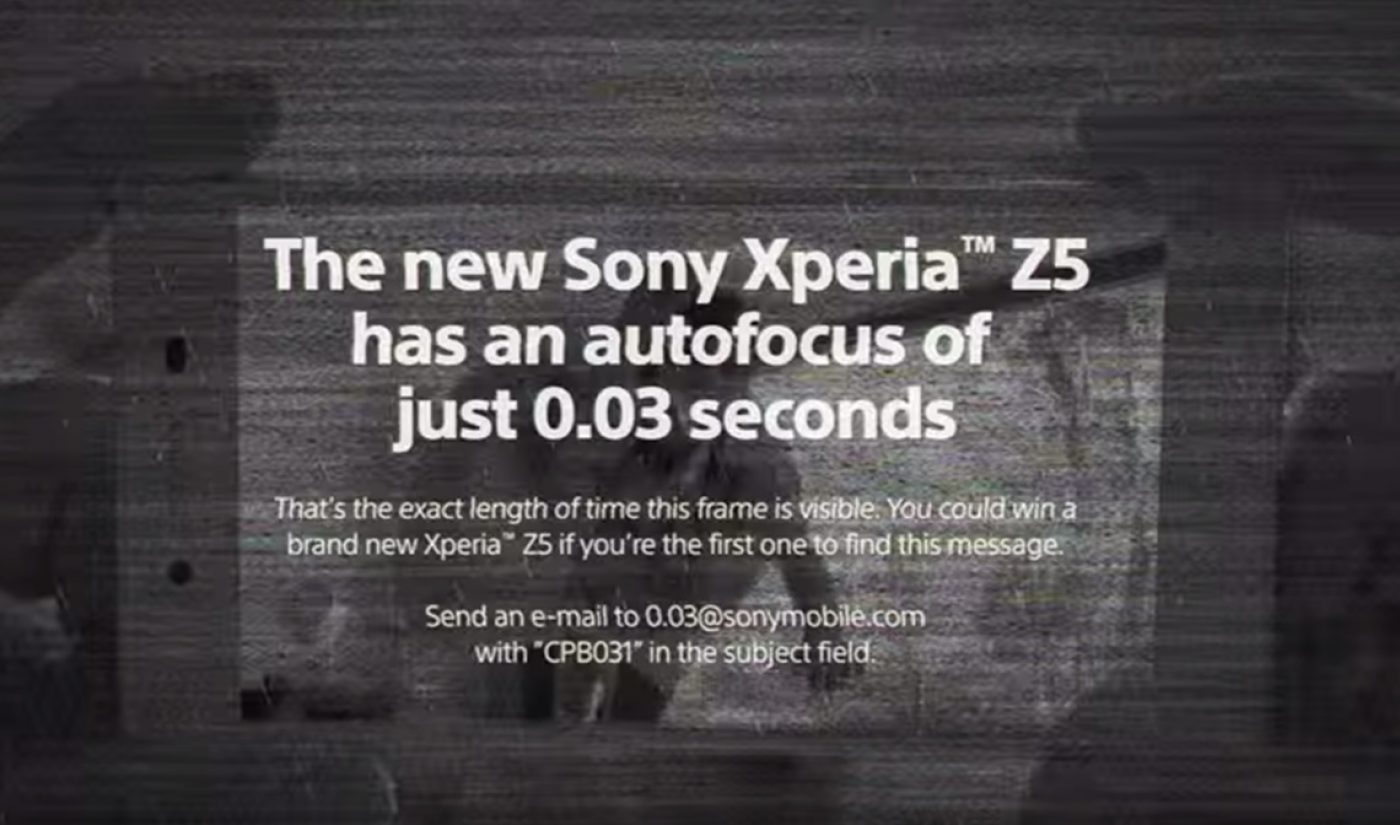 On November 18th, Sony uploaded a new ad to YouTube. The video, which promotes the electronics company’s Xperia family of tablets and smartphones, at first glance appears to be a fairly standard spot. Pay close attention at the four-second mark, however, and you’ll find the ad’s special gimmick. At that time stamp, a one-frame message pops up, and the viewer who first noticed it ended up winning an Xperia Z5.

The message, which displays for only a brief moment before the ad resumes its normal playback, reads “The new Sony Xperia Z5 has an autofocus of just 0.03 seconds. That’s the exact length of time this frame is visible. You could win a brand new Xperia Z5 if you’re the first one to find this message.” An email address listed below the message directed viewers to the proper place for them to share their discovery.

Sure enough, Sony made good on its promise to deliver a smartphone to one lucky winner. At the same time, it devised a clever way to advertise its product. “We know we have creative and curious consumers who would like to engage with content like this,” Martina Johansson, Nordic brand and communications manager at Sony Mobile, told Digiday. “We wanted to show the new features in an interesting way.”

The ad, which Sony created in partnership with ad agency CP+B Scandinavia, is reminiscent of several other videos that tinker with individual frames to communicate with consumers. A memorable ad from BBDO Russia, for example, presented a hidden message to viewers who chose to quickly skip through it. CP + B’s concept is a bit simpler–but it’s very clever in its own right.