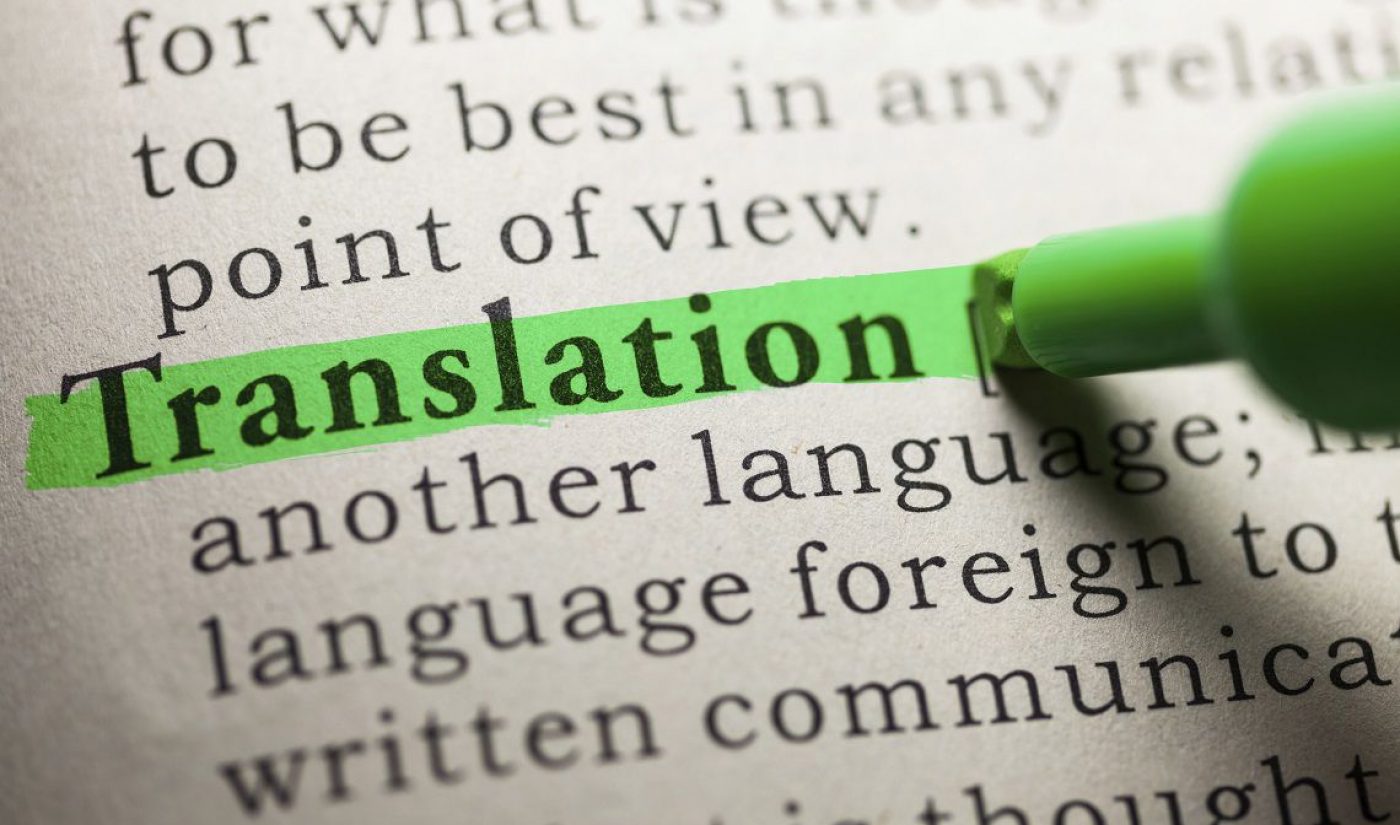 YouTube has a new way for creators’ videos to reach a more global audience. The Google-owned online video site, which now has an ad-free subscription option, is working on a translation marketplace tool where creators can order professional translations of their videos.

In a company blog post, YouTube notes that an average of 60% of a channel’s views come from a country outside of its creator’s home country. In order to reach more viewers in languages familiar to a global audience, YouTube launched the translation marketplace (currently in beta), accessible directly from the Video Manager section in a creator’s account. Once a creator selects and pays for a preferred language translation through the marketplace, YouTube will auto-publish the content and send a confirmation email to the creator. YouTube already allows creators to add translated titles and descriptions to their videos, but the translation marketplace feature makes it that much easier for creators to connect with fans outside of their home countries. And the language-based tool has already proven its worth for some of YouTube’s content partner. Vice, for example, doubled the daily watchtime on videos translated into Spanish and Portuguese.

“These new features have the potential to fundamentally change the way VICE distributes its YouTube content on a global scale,” said Jordan DeBor, Video Partnerships Manager at VICE. “By removing the language barrier, YouTube delivers the opportunity to build new audiences in local markets and expand in our existing ones.”

Additionally, conference organization TED used YouTube’s new translation marketplace to add translated captions to more than 2,000 videos with previously-translated titles and descriptions in over 11 different languages. The results were impressive: the TED channel’s localized watchtime increased 15% overall, and in some cases even spiked at 60%.

“For more than five years, we’ve been working to remove the barrier of language from TED’s mission in spreading ideas throughout the world,” says Kristin Windbigler, Director of TED’s Open Translation Project. “As one of our most important partners, YouTube has pushed the boundaries in making our videos not only accessible but also discoverable for viewers around the world.”

In addition to its translation options, YouTube has another tool available to creators to help boost their global reach. For a while now, Google’s online video site has boasted support for subtitles and closed captions. YouTube even allows community members to help contribute to these text-based additions on creators’ videos. Some YouTube stars have already taken advantage of the site’s closed captioning feature. Back in January 2015, Tyler Oakley added captions to his videos because he wanted all his fans, even those who are hard-of-hearing or who prefer to read text, to consume his content.

You can learn more about YouTube’s translation tools by visiting g.co/TranslationToolsHelp.