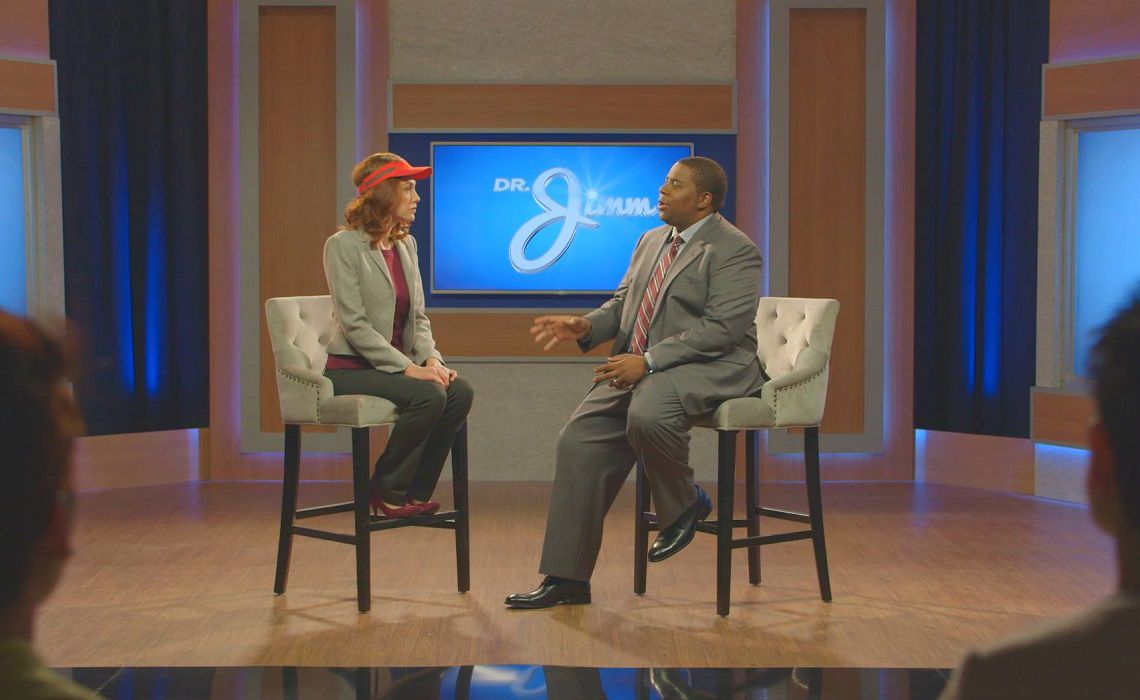 In the PC-branded series, Thompson (who also recently landed a gig as the brand personality Miles Mouvay for Fandango) plays the role of a Dr. Phil-style talk show host called Dr. Jimm. The fictional self-help expert meets with a variety of adults to help them overcome their fear of technology and avoid becoming their out-of-touch parents.

The Onion originally partnered with Facebook back in April 2015 when the social site first announced Anthology, the social network’s initiative to partner brands with video publishers for custom content campaigns on the platform. In the case of Help! I’m Turning Into My Parents!, Onion Labs worked with PC companies Dell, Lenovo, HP, Intel, and Microsoft to feature their products in the series.

“Through our Anthology partnership, Onion Labs leverages Facebook insights to create more strategic creative content for our clients,” said Julie Scott, Onion Inc.’s VP of Account Management, to AdWeek. “The combination of insight-driven creative and contextual targeting is already proving successful for Onion Labs, Facebook and all the partner brands involved in the campaign around educating consumers about the amazing things the next generation of PCs can do.”

You can catch all nine episodes of Help! I’m Turning Into My Parents! on the official Dr. Jimm Show Facebook page. New episodes will be released through December 15.