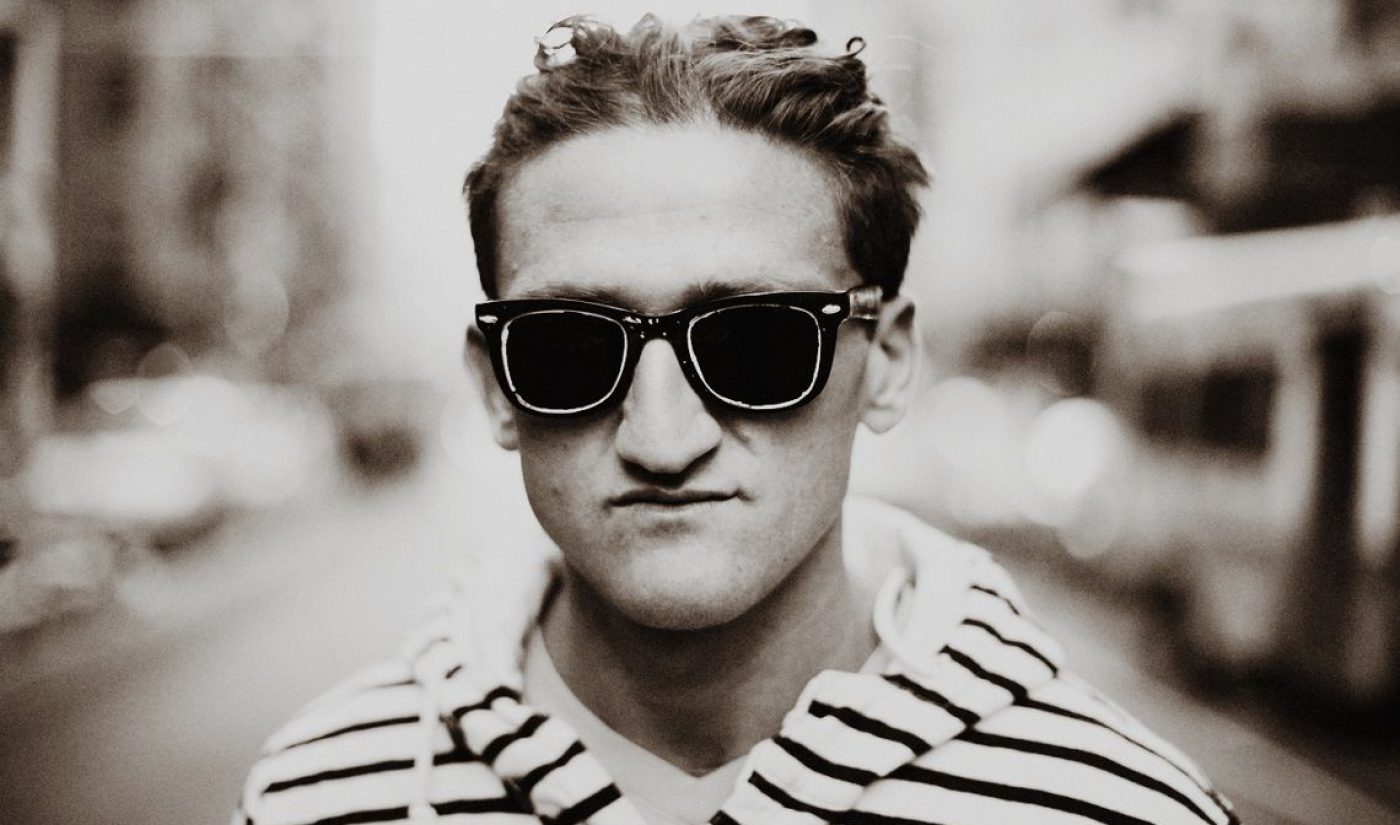 Casey Neistat isn’t happy with Facebook. In a candid interview with Adweek, the 34-year-old YouTube star and filmmaker revealed that he lost over 20 million video views on his own content due to stolen (aka freebooted) videos on the social networking site.

Neistat, who boasts over 1.5 million subscribers on YouTube, spent several weeks creating a Halloween video called “Aladdin Magic Carpet Prank” with fellow YouTuber Jesse Wellens (of PrankvsPrank fame). After the two uploaded the video to YouTube and pulled in ten million total views, Neistat told Adweek he and Wellens discovered internet users had illegally ripped their “Aladdin” video, in which they’d both invested a significant amount of time and money. The video pirates had posted the clip to Facebook using the site’s native video format.

“I spent roughly a week issuing takedowns on Facebook—a convoluted process,” Neistat said. “I crowdsourced the process of finding the freebooters because there is no way to search Facebook. In all, I took down well over 50 different posts—[which was] not nearly all of them. I simply gave up after a while. I anecdotally kept track of the view counts—over 20 million views on the videos I took down.”

Facebook has told users the site is working to create technology to fight freebooting and help track down copyright material in a more efficient manner beyond its current content ID tools through Audible Magic. In August 2015, the social site launched a video matching technology for select brands like Fullscreen and Jukin Media to use to hunt down and report their stolen content. However, Neistat said this doesn’t help individual creators without access to the copyright tech.

“Facebook has a team of the greatest technologists in the world,” he said. “They can crank out entirely new products in a matter of weeks. But here we are, 8 billion views a day later, and there is nothing in place to protect content creators. Beyond a technological solution—something YouTube has had in place for years—there’s a more pragmatic one: Punish the freebooters.”

But even that suggestion from Neistat has its own problems. Facebook’s algorithms make it so that native videos get shown in users’ Feeds more often than outside links to YouTube videos. In this way, Facebook essentially encourages video freebooting, and sussing out the anything-but-innocent offenders gets even more tricky. Neistat said that when he personally contacted freebooters, some of them were simply trying to share his video using native Facebook video.

“They explained, apologetically, that they just wanted to share the video, and there was no other way to do it,” Neistat said. “They said they couldn’t post the YouTube [clip] because no one would see it [on Facebook]… so they ripped and shared it.”

Neistat is only the most recent YouTube celebrity and online video professional to voice concerns over Facebook’s treatment of stolen content and the related offenders. Back in June 2015, Fullscreen CEO George Strompolos took to Twitter to complain about Facebook’s lack of copyright identification tools. Only two months later, the Vlogbrothers’ Hank Green wrote a post on Medium about the issue, accusing Facebook of cheating, lying, and stealing. The most recent creator to stand against the social networking site’s freebooting frenzy was the educational YouTube channel Kurzgesagt, which claimed pirated content and the ad revenue the freebooters (not the original creators) make from it on Facebook was 100% unacceptable.