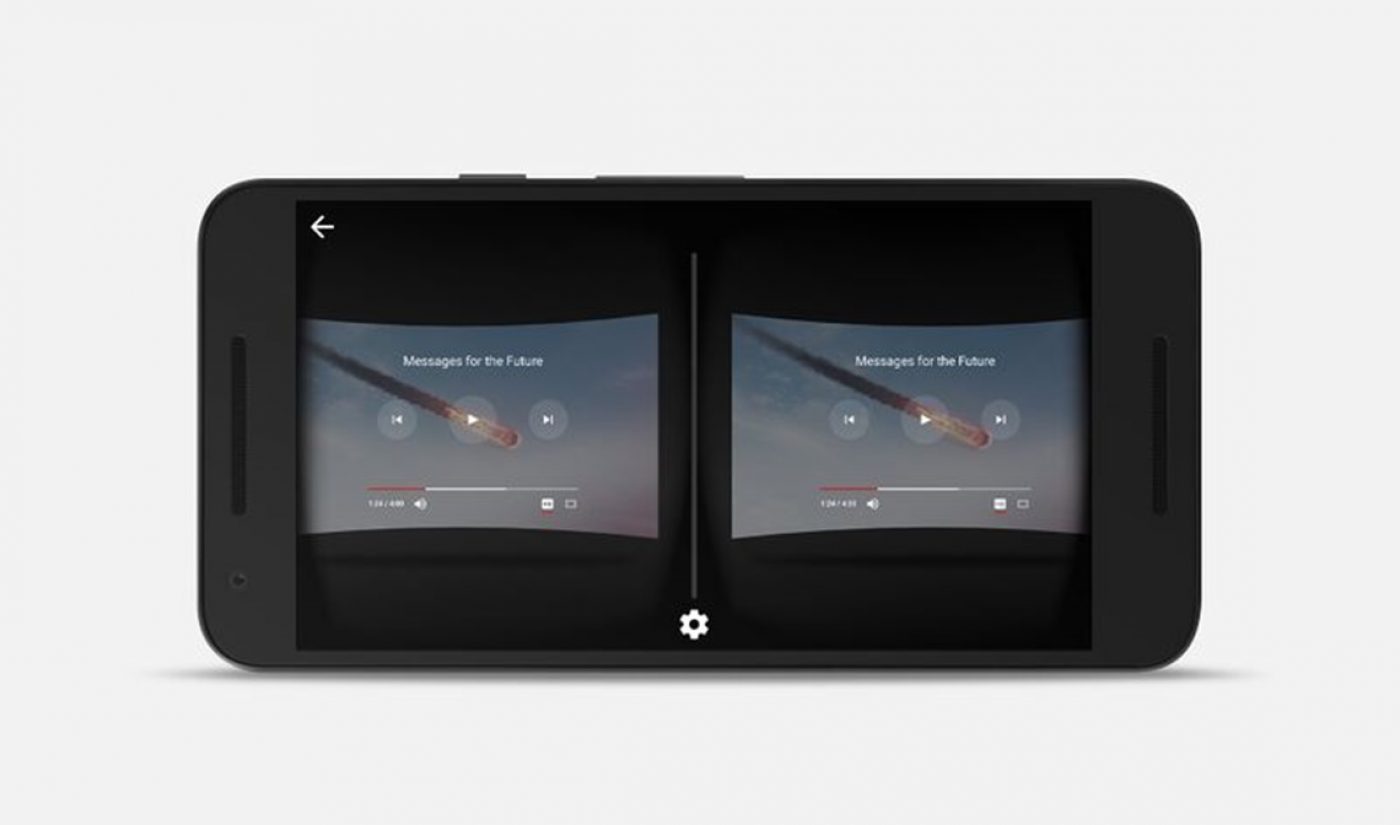 YouTube has taken the final step in its journey to make its videos compatible with virtual reality (VR) devices. Eight months after releasing its first 360-degree videos, the world’s largest video site has now enabled its users to upload VR videos that make viewers feel as if they’re part of the action.

VR videos can be captured through all-angles camera rigs like Google’s Jump; when they are uploaded to YouTube, they can be played back in a format that takes its cues from the mechanics of human eyes. By selecting a 3D option, viewers can immerse themselves within these videos, especially when watching through devices like Google Cardboard. Here’s a recent example:

The ability to watch YouTube in a VR format, however, is not limited to videos uploaded specifically for that purpose. In addition, a new feature on the YouTube Android app lets users watch through Google Cardboard by pressing an icon that splits videos into two separate pieces, one broadcast to each eyeball. This gif explains it all:

“Using the same tricks that we humans use to see the world, VR video gives you a sense of depth as you look around in every direction,” reads a post on YouTube’s official blog. “Near things look near, far things look far. So if you were excited about 360° videos, this is pretty freakin’ cool.”

This is undeniably a cool development, so if you own an Android device, update your YouTube app and check it out. If you need some suggestions for VR videos to watch, YouTube has provided a playlist filled with them.