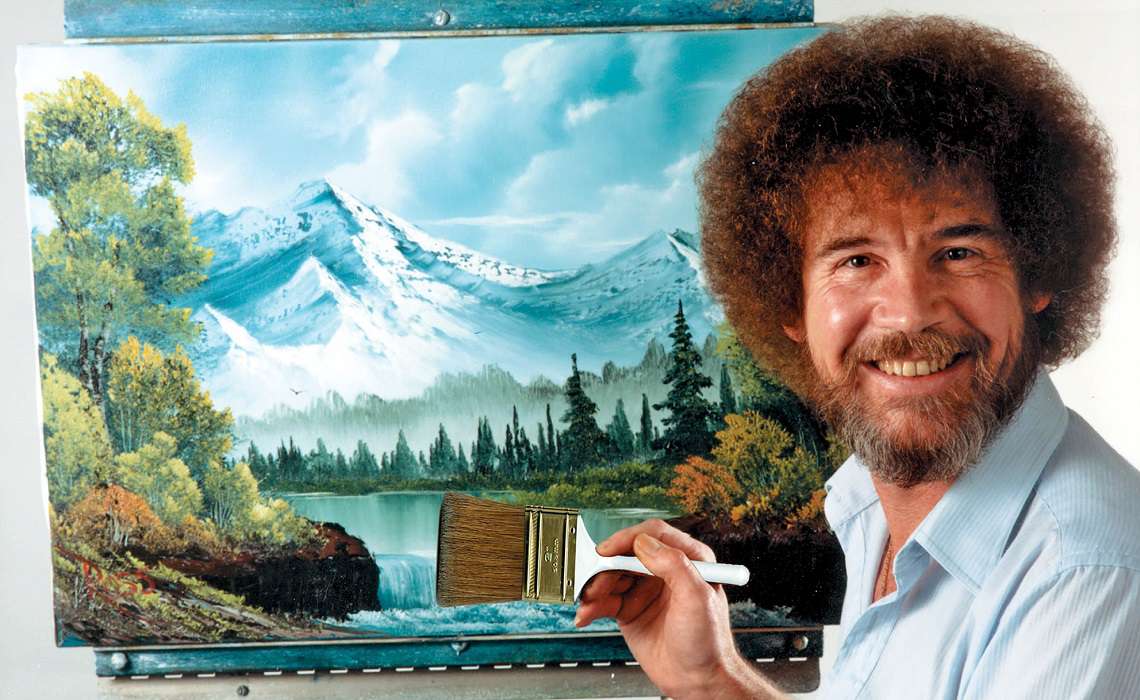 Twitch has a new way for artsy types to broadcast their creative processes. The Amazon-owned live streaming platform has launched a category called Creative for the live streaming of fan art creation, painting, crafting, building, woodworking, and more.

Twitch teamed with Adobe to launch the Creative category and develop its own dedicated landing page, where audiences can discover new creative people and their live streams through the Featured Video carousel. Art-gifted broadcasters can tag their live streams using hashtags such as #watercolor, #animation, and #robotics to help viewers find their content. Twitch also updated its Rules of Conduct to include support and guidelines for broadcasters who stream their creative processes, though the live streaming site did note in a blog post what’s appropriate for the Creative category may change as the community grows.

As part of the Creative category launch, Adobe created its own Twitch channel for viewers to check out a variety of programming featuring several top broadcasters. Audiences will be able to watch Geers Art digitally paint and draw art, EvilFX create props and costumes, and SceneofActionMusic compose new melodies. As of this writing, the Adobe Twitch channel was live streaming QuinnSimoesArt as he used Photoshop to digitally draw fantasy creatures. 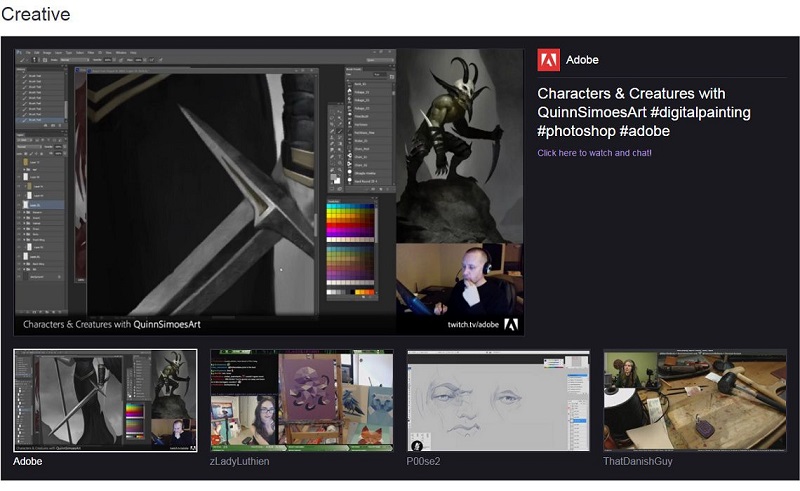 Twitch already boasts a few categories outside of its usual fare of video game play streams, such as Poker and Game Development. While those topics have obvious ties to gaming, the Creative category may seem a bit out of place. However, Bill Morrier, head of Twitch Creative, said in a statement as reported by StreamDaily that for a while now, gaming broadcasters have been live streaming fan art creation during down time. With that in mind, it only made sense for Twitch to launch the Creative category.

“All along, the Twitch community has included a determined community of artists, crafters and builders, who have been using Twitch to broadcast their creative processes,” Morrier wrote in the company blog post. “These creative broadcasters share many of the same characteristics as all Twitch broadcasters: passion, engagement, and a community-centric worldview.”

In celebration of the new Creative category, Twitch teamed with Janson Media and BobRoss Inc. to broadcast the entire Bob Ross show The Joy of Painting. Twitch will stream 403 episodes of the culturally iconic PBS art show over the course of eight and a half days, starting at 2 PM PST on October 29, 2015. Fans can tune in and watch The Joy of Painting at twitch.tv/bobross.