FouseyTUBE Wants To Be A Source Of Inspiration, Motivation For His Millions Of YouTube Subscribers And The World 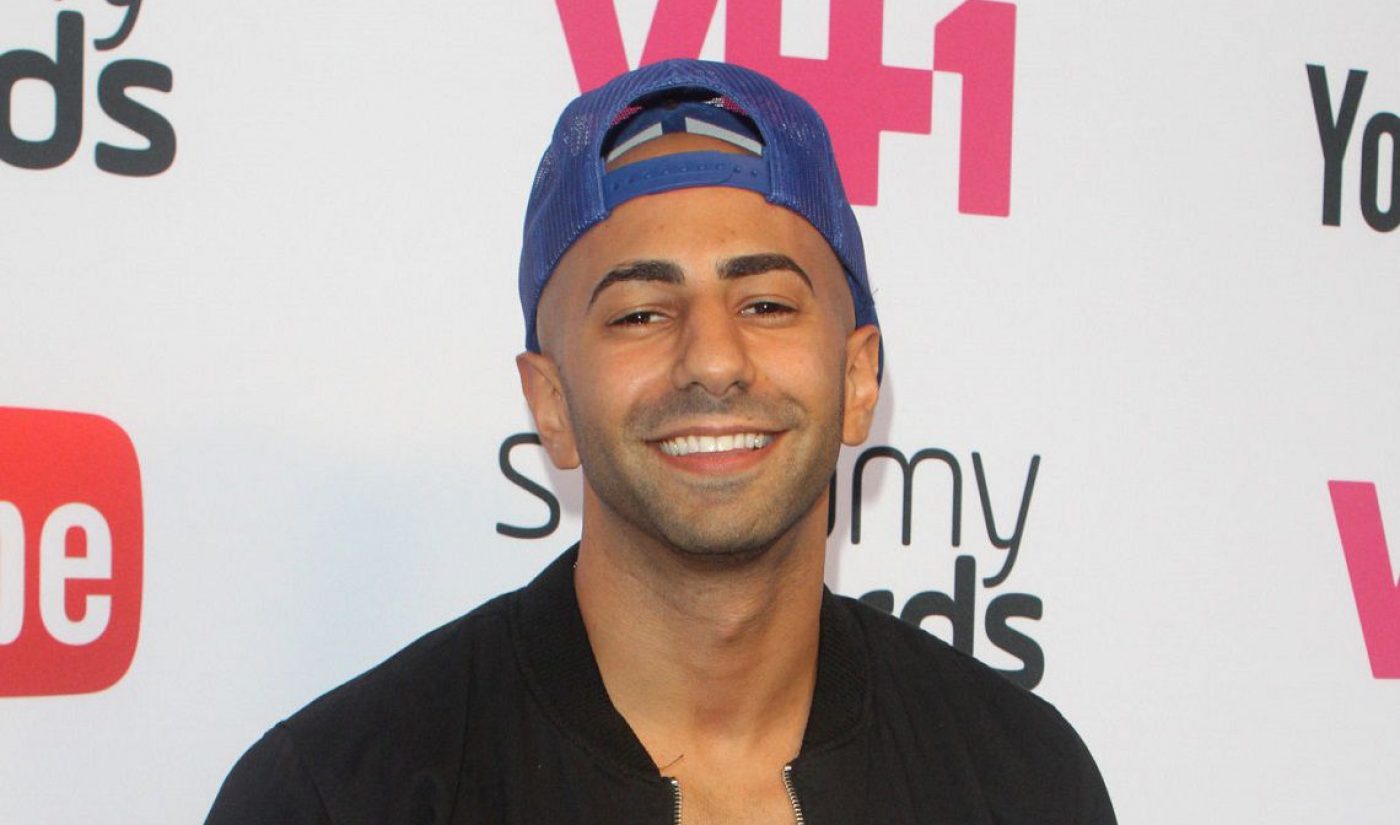 Yousef Erakat (aka fouseyTUBE) hit some impressive milestones in 2015. The 25-year-old YouTube star known for his comedy and prank videos reached more than 7.3 million subscribers on his main channel, over 1.8 million subscribers on his secondary vlogging channel, partnered with Collective Digital Studio, signed with CAA, and won the Streamy Award for the fan-voted Show of the Year award.

But Erakat has more serious, important things on his mind for the coming year that go beyond analytical accolades and industry achievements. In preparation for an upcoming appearance at Stream Con NYC October 30-31, Erakat sat down with Tubefilter to talk about his recent rise to prominence and what plans he has in store for 2016.

Tubefilter: You’ve been making YouTube content for over four years now. What’s been the most rewarding thing to come from your digital career?

Yousef Erakat: The most rewarding thing that came from my digital career was showing everybody where I started and where I am now. When I go back to my first video and I tell everybody [watching], “Hey, guys, I’m going to be one of the biggest YouTubers and here’s some of my inspirations,” to now having more subscribers than some of my inspirations when starting out, I feel that holds as a testament to motivation, inspiration to everybody else no matter what their dream is. So it’s just amazing to show people that no matter how big your dreams are they are achievable.

TF: How do you continue to come up with new content ideas?

YE: I don’t sit around and come up with my content ideas like at a round table or anything. They actually just have to come to me randomly, so if I ever don’t have a video idea, there’s not much I can do about it because the video has to come from a source of inspiration that’s happening in my daily life. So sometimes I will have an idea, sometimes I won’t. I just have to go out and do new things, and through trial and error and just living my life, a video will present itself.

TF: What would you like to start making or doing next? For example, many other YouTubers are writing books and starting singing or acting careers. Do you have any goals outside of the platform?

YE: I definitely have a lot of goals outside of the platform. One of my biggest goals is to be a motivational speaker. So if I were to create a book, I’d want it to be a self-help book. And although I go through many things myself that I actually need motivation to get through and I need to read self-help books to get through, I can practice what I don’t preach in a sense, because I know what it takes to get by my depression. I know what it takes to get by my obstacles every day, but it doesn’t mean it’s that easy to carry through with it and get them done.

So I feel like by taking the knowledge I’ve learned by going through what I do on a daily basis, and turning those [experiences] into self-help books and becoming a motivational speaker, that has the potential to help a lot of people, no matter their age.

TF: What happened to FouseyFitness?

But I feel like whenever I’m ready mentally to get back into serious shape, I will do it, and if I decide to create content around it and call it FouseyFitness, I will do that. But most importantly, I think I just need to find a common balance between being healthy myself physically and mentally before I start preaching to anybody about why health is important.

TF: You recently won Show of the Year at the 5th annual Streamy Awards and gave a fantastic speech. How long have you been wanting to share that message with your fans? How big of a driver is sharing that message in your content and in your life?

YE: I actually didn’t know I was going to give that speech when I won the award. It’s something that just came out and lived in the moment, because that’s a message I preach every single day, whether you watch my vlogs, or read my tweets. So although my videos on fouseyTUBE are very comical and provide laughter, I actually live a very different life in my personal life. The speech I wanted to give I guess was deeply rooted inside me, and when the opportunity presented itself, it just came out at the perfect time.

TF: What advice can you give to creators looking to build a digital empire like yours?

YE: I really am not the best person to give advice, because there are so many different routes to get big now, it’s like [whichever] one that they choose to do. In 2011, when I started, it was a whole different ballgame than it is now in 2015 to start their own digital empire.

But the advice I would give to everybody is go in with the right reasons and don’t go in with the foresight of “I want to make that YouTube money” or “I want to be famous.” Have the right intentions going into becoming a digital creator and understand what it means to put your life on the line for millions of people worldwide to view, because with all the great reward comes not only a lot of responsibility, but also criticism and backlash you have to face for being a digital online creator.

TF: What’s next for your channel, or other future endeavors, for 2016?

YE: I have a lot of future endeavors coming for 2016. I definitely want it to be the year I make my transition into television and film. I also do see my motivational speaking tour starting, and I can almost guarantee I will have a book completed in 2016.

You can see Erakat and many other digital stars at Stream Con NYC. Click here to pick up your tickets before they’re sold out.