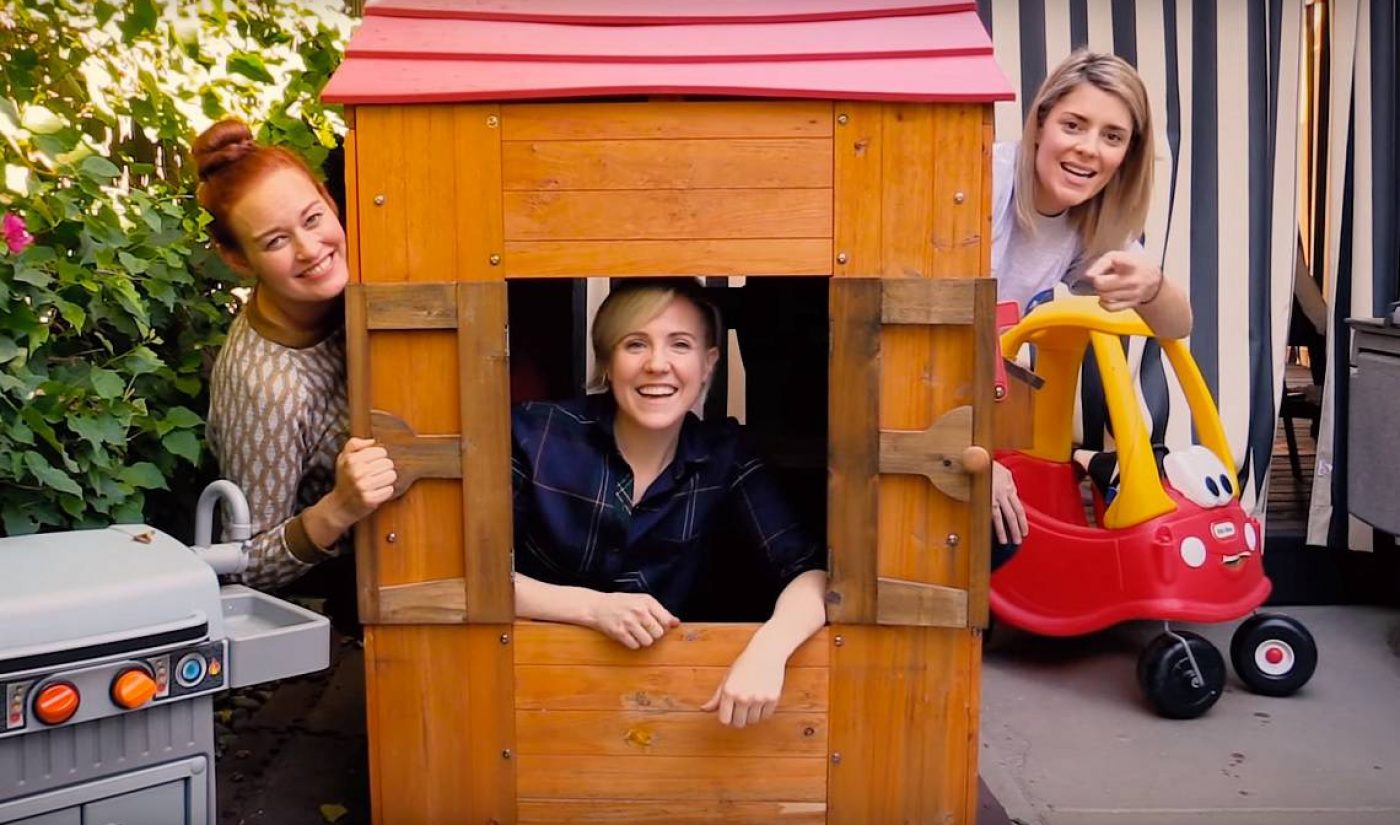 Lionsgate is turning to the world of digital stars for its next project. The movie studio behind the popular The Hunger Games film franchise has picked up the comedy feature film Dirty Thirty, which stars YouTube celebrities Grace Helbig, Mamrie Hart, and Hannah Hart.

Directed by Andrew Bush (Roller Town), Dirty Thirty was written by Mamrie Hart and actress Molly Prather and tells the story of a birthday party gone bad. The comedy will reunite Helbig, Hart, and Hart and the production team who worked on the 2014 film Camp Takota. Michael Goldfine, who produced Camp Takota and the upcoming Fullscreen film The Outfield, will produce Dirty Thirty through his production company Michael Goldfine Productions. The three female YouTube stars will executive produce alongside their managers at Bleecker Street Entertainment, Vincent Nastri and Ken Treusch.

“As we build out our original digital offerings, we continue to look for projects that fit Lionsgate’s brand as a leader in supplying the next generation of global content and ‘Dirty Thirty’ perfectly fits that mandate,” said Jordan Gilbert, director of digital programming at Lionsgate, as reported by Variety. “Grace, Mamrie, Hannah, and the entire team have proven that they understand the digital audience and we are excited to be working with them on this long-form digital feature.”

“We wanted to expand off the success of Camp Takota by bringing in a major studio,” Helbig, Hart, and Hart explained. “Lionsgate is a perfect partner because they are a big player, but they’re a young studio who will support our creative vision and take chances. Plus, they approved our snacks budget.”

Executive produced through IMG Films, Lionsgate will distribute Dirty Thirty across multiple digital platforms and SVOD services. Pre-production begins this week, and fans will be able to follow along with the film’s progress at DirtyThirtyMovie.com. No release date has been announced as of yet, but the Dirty Thirty website notes it will be ready sometime in 2016.