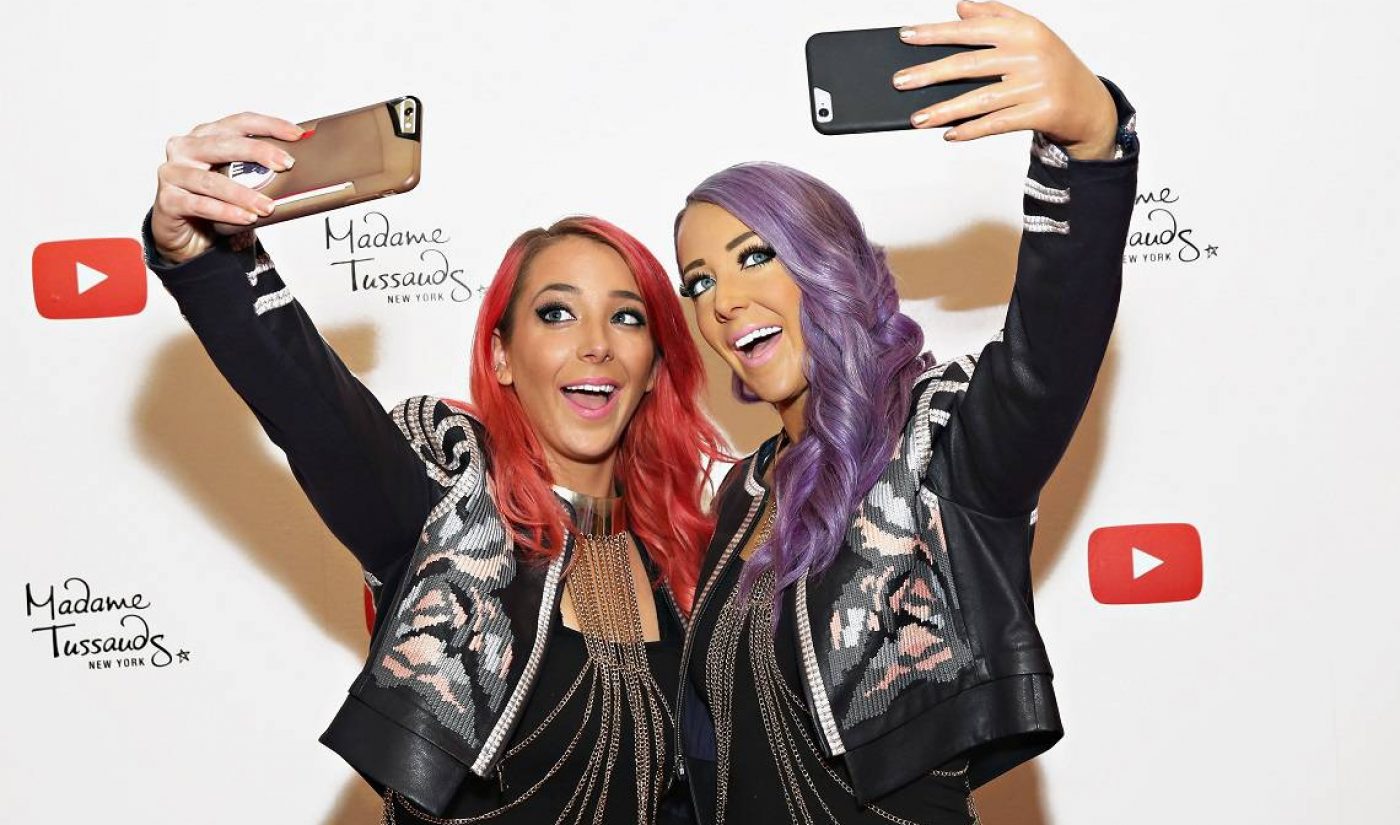 Marbles originally announced her impending wax likeness back in July 2015 through an Instagram video of her behind-the-scenes model-creation process with Madame Tussauds. At the time, the 29-year-old YouTube celebrity, who boasts over 15 million subscribers on her channel, told her fans they’d soon be able to take selfies with her wax figure and “grope da butt” all they wanted. Now, those promises can be realized with Marbles’ likeness, which is the first selfie-taking wax figure at Madame Tussauds New York. The celebrity’s wax model is also the first-ever Madame Tussauds figure to boast its own social media presence where selfies with fans and visitors are posted.

Hey there, friendship! Check out our new selfie from Madame Tussauds NY. pic.twitter.com/wynkGZe6zI

Marbles took to her Twitter and Instagram accounts to chronicle the adventure of meeting her wax figure at the unveiling event in New York City. The currently bright-red-haired vlogger filmed a short Twitter video of herself introducing viewers to her wax figure, which boasted the same biker-chic outfit as the real Marbles. The YouTube star also posted some photos with her family and friends who attended the unveiling event.

Marbles isn’t the only internet celebrity Madame Tussauds has immortalized in wax over the last year. The museum chain announced earlier this year plans to create statues for YouTube vloggers Zoe Sugg and Alfie Deyes at its London location. Tussauds also debuted the dual wax figures of Anthony Padilla and Ian Hecox of Smosh at VidCon 2015. A wax statue of feline icon Grumpy Cat is also in the works and will be released later this year.

If you’re local to New York City, you can visit Madame Tussauds and see Marbles’ statue in person. Get more information on hours and purchase tickets on its site.