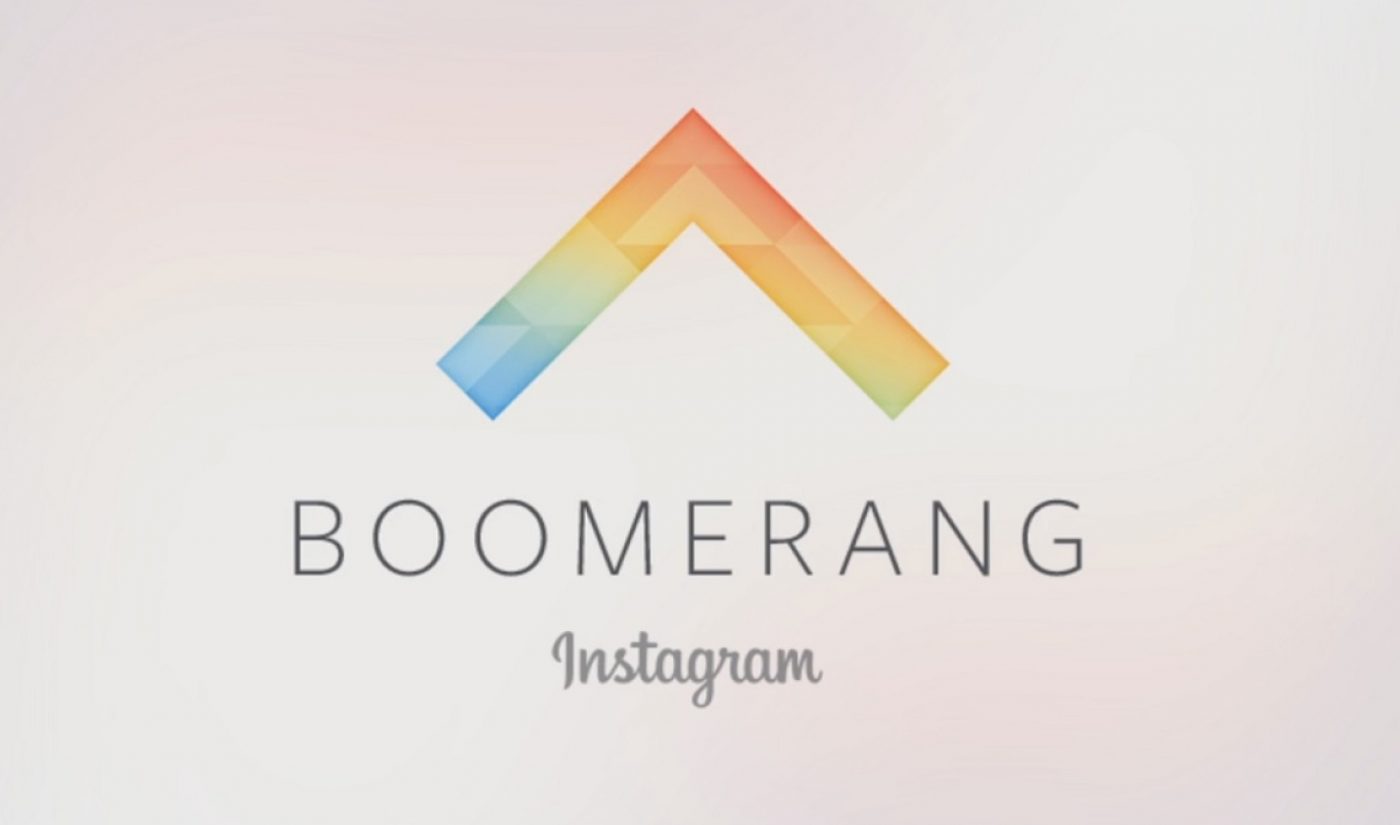 Instagram has a new application that will give users another method by which to create incredibly short-form videos. The photo-sharing app owned by Facebook has introduced a stand-alone platform dubbed Boomerang, which allows users to create one-second looping clips.

In a company blog post, Instagram wrote the new Boomerang app lets users “turn everyday moments into something fun and unexpected.” Those things fun and unexpected manifest themselves after Boomerang users press one button, which prompts the application to take ten rapid photos in quick succession and then lace them together into a one-second video. Sounds a lot like an animated GIF, right? Well, kinda, but not really. See the difference between Boomerang one-second clips and their progenitor is that GIFs play on an endless loop, while Boomerang videos play forward and then backward in a never-ending cycle. It’s like the there-and-back-again motion of the classic Australian weapon. (And now you see how they came up with the name!)

Boomerang is just one of the most recent stand-alone apps Instagram has released in the last few months. Hyperlapse is available for iOS users and helps them create high-quality time-lapse videos. There’s also Layout, which makes it easier for both iOS and Android users to put together a collage of photos.

Boomerang is available for both iOS and Android. You can learn more about Boomerang by visiting Instagram’s help center.