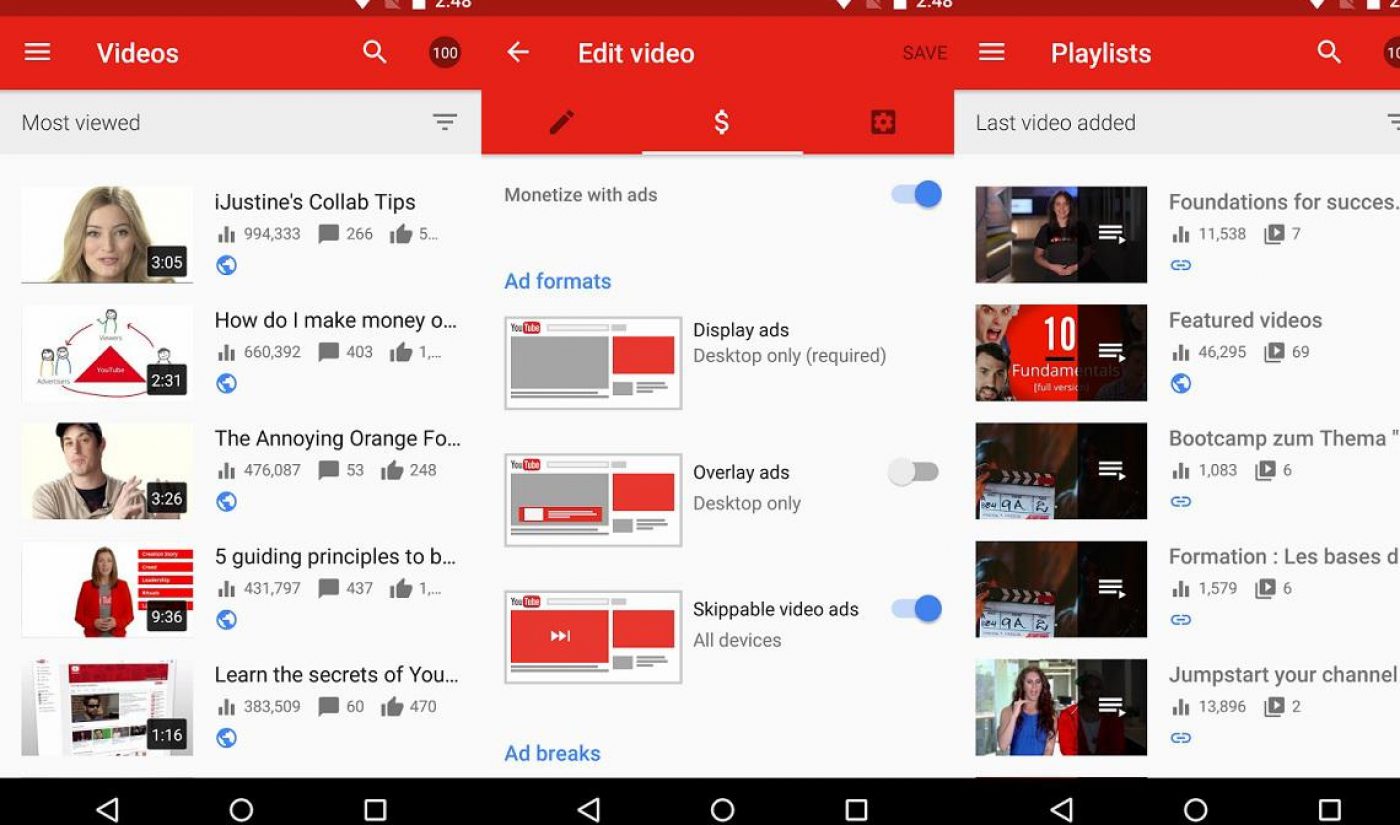 YouTube just implemented some important updates to its creator-centric mobile application. Google’s online video site has added several new features to its Creator Studio App (which, for the uninitiated, is separate from the general YouTube app) aimed at giving users more control and insight into their video content.

The biggest update to the YouTube Creator Studio App will increase users’ abilities to understand and handle analytics. In addition to an interface redesign, YouTube added new metrics requested by users, such as being able to see exactly where video views come from around the world and the top search terms used by viewers to find their content. Overall, Creator Studio users can now see over 50 different kinds of data through the app’s interface.

The YouTube Creator Studio App was originally announced by YouTube CEO Susan Wojcicki and launched in June 2014 during the industry track at VidCon. The app later underwent a material redesign and debuted its new iteration a year later at VidCon 2015. Now, the powers that be behind the Creator App will continue to focus on rolling out new features.